Some people play poker to escape the slog of a traditional work week. But any semblance of a relaxing weekend was over by Monday, the 20th day of the 2017 World Series of Poker, where it was time for serious action. Two events had to add an impromptu Day 4 to accommodate massive fields, and four winners received their gold bracelets. And that’s just some of what went down at the Rio in Las Vegas, so let’s get down to business: 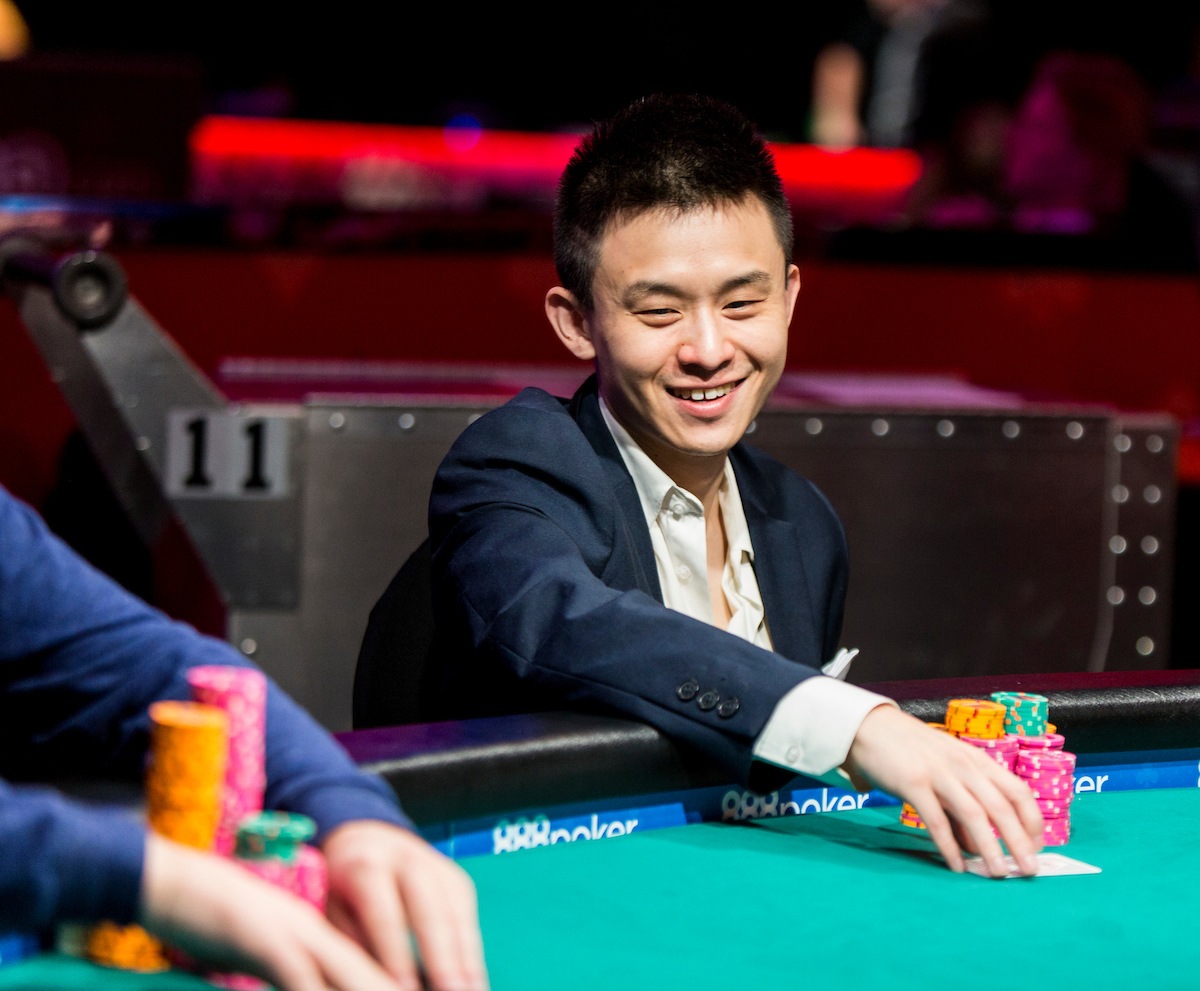 Ben Yu is all smiles and looking sharp, as he’s en route to taking down the $10k 2-7 Lowball Triple Draw. He also is currently the chip leader in $10,000 Limit Hold’em Championship. (Image: Melissa Haereiti / PokerPhotoArchive.com)

Yu, a graduate of Stanford University and former professional breakdancer, managed to outlast a tough final table in Event #34, $10,000 Limit 2-7 Lowball Triple Draw Championship, to capture the title and a $232,738 prize, which brought his WSOP earnings up over seven figures.

“It was actually a very tough final table,” Yu told WSOP officials after the win. “I think the media overblows it [at times]. Even a lot of the name players, the ones you’ve seen have some success, aren’t always that great. But this final table and this field was actually really tough.”

Christopher Frank, a 22-year-old German poker pro now residing in Austria, topped a field of 1,698 to win Event #33, $1,500 No-Limit Hold’em, for his first gold bracelet. It also marked the first WSOP bracelet won by a German in 2017, and brought the summer’s total number of countries with a bracelet up to nine.

Despite having more than $1.1 million in live tournament winnings prior to the victory, the $384,833 score was the biggest of his burgeoning career.

“I don’t think it really has sunk in yet,” Frank told reporters after his win. “But it’s a very good feeling. I’ve been playing the live circuit for pretty long, and I’ve always dreamed of winning something big. And now I’ve done it.”

Event #31, $1,000 Seniors No-Limit Hold’em Championship, began with 5,389 entrants, up 20 percent from last year’s record field. It was so large the tournament required an extra Day 4 to determine a winner. That man was 56-year-old Frank Maggio, who has made it an annual tradition to travel from his home in Illinois to Las Vegas for the WSOP Seniors Event.

“I come out here every year since I turned 50 to play in the Seniors event,” Maggio told WSOP officials. “I cashed a couple of years ago, but this year’s a big surprise.”

Event #29, $2,500 No-Limit Hold’em, began with 1,086 players, and also had to add an unanticipated Day 4 to finish the event. Just two players had to stick around for it, as Day 3 played down to heads up. But Gaurav Raina and James Calvo returned to action, and after two hours of play, Raina dispatched his lone remaining opponent to win $456,822 and his first gold bracelet.

“I was very fortunate to get all the hands and win all the flips,” the 33-year-old poker pro from New Jersey told WSOP officials after the win. “To make it heads-up when I was severely chip disadvantaged almost the whole final table, when the bracelet plopped in between us, I was like ‘Oh man. I can’t even look at this thing. If I look at it, the worse it’s going to be for me when I don’t get it.’ So, I just decided to just not even give it any attention at all and just play the game as best I can.”

The final 22 players come back at 11 am PT on Tuesday to play down to a winner.

Take It to the Limit, Ben Yu

Among those to have their torches snuffed out on Day 1 were Jonathan Duhamel, Mike Matusow, Erik Seidel, Jason Mercier, and Matt Hawrilenko.

Two new events will kick off on Tuesday. The first, which will begin at 11 am PT is Event #39, $1,000 No-Limit Hold’em Super Turbo Bounty. That tournament will feature 20-minute levels and place a $300 bounty on each player’s head.

It was an extra-busy Monday at the WSOP, and it looks like on Tuesday the action won’t let up.