“Grumpy” Finds WSOP Redemption, Milly Maker Gets Deeper in the Money, and Poker Pushes on

The thirteenth day of the 2017 World Series of Poker awarded just a single bracelet, but it came after a spirited battle between two well-liked players punching for their day in the victory spotlight. Meanwhile, the Millionaire Maker wrapped up its second day, making this huge-field event with a big payday at the end a more tangible reality for 136 remaining players.

The summer grind is in full gear. No one has succumbed to Legionnaires’ disease, and the WSOP is finding its 2017 class of players who are in it for a hearty score. 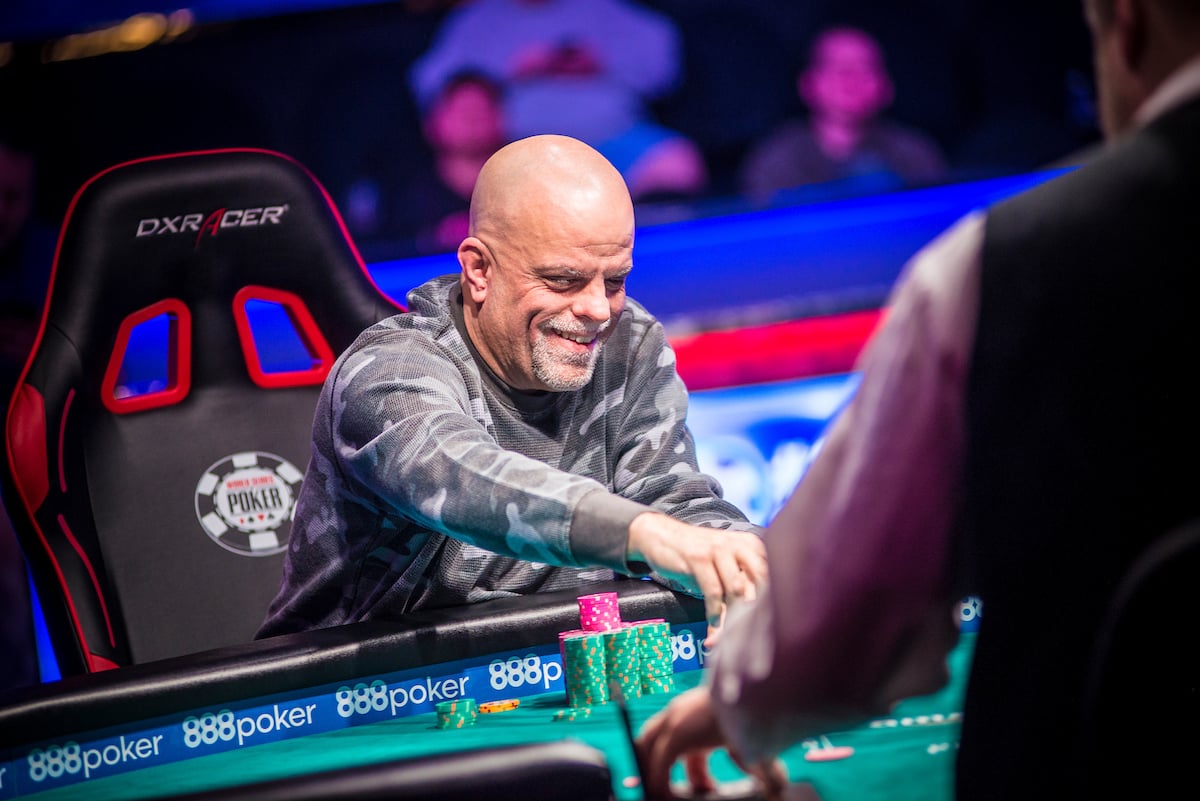 Mixed Bag of Success for Ware

Last year, Las Vegas local Ron “Grumpy” Rare finish third in the $1,500 8-Game Mix 6-Handed tournament. Rare has more than $500,000 in career WSOP winnings, but up to that point, it was the closest he had ever gotten to winning a bracelet.

On Monday night, he was back at the final table, and ultimately finished atop a 472-player field to take home the gold hardware and win a $145,577 first-place prize.

Ware, a WSOP Circuit ring winner in 2009, held a significant chip lead at the final table but had to battle Mike Ross, aka “East Coast Rossy,” in heads-up play. Both men had sizeable rails with Ross supported by Midwest players like David Gutfreund, Brandon Shack-Harris, and the Massey Brothers, while Ware was being cheered on by fellow Las Vegas grinders like Tim Duckworth and Kevin Gerhart.

“I had him pretty much out there, three or four times, and he dug his way back each time,” Ware said to WSOP officials in his tournament exit interview. “I just had to stay patient and wait for the big hand that worked out for me.”

Ross called off with his big draw but bricked the river when the J♦ peeled off the deck. Ross took home $89,948 for second place, while Ware enjoyed the taste of previously elusive success.

WSOP Milly Maker Down to 136

Day 2 of a scheduled five days of action will start at noon PT on Tuesday.

Once upon a time, limit hold’em was the bread and butter of the poker universe, and generated some of the biggest prize pools at the WSOP. Event #24, $1,500 Limit Hold’em,  carried with it that classic feel, from a day before the game had gotten as big as it stood to be.

Among those bow out on Day 1 were Joe McKeehen, Phil Hellmuth, Daniel Negreanu, and actor and political provocateur James Woods. (Read his exclusive interview with CardsChat here.)

Of course, we’ll bring you a recap of those events and more tomorrow, so be sure to check back then.