The 2017 World Championship of Online Poker, better known as WCOOP, kicked off on Sunday and is slated to offer $60 million in guaranteed prize pools through Sept. 26. The first four events (out of 81 total) finished on Monday, with three winners booking six-figure scores. 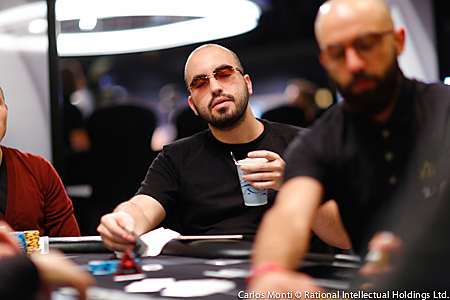 Poker pro Bryn Kenney has won more than $6.2 million playing live games this year, and added another $109,703 to his bankroll from online play after finishing 4th in the WCOOP Sunday Million. (Image: PokerStars)

By the time the final table rolled around, all eyes were on chip leader Bryn “BrynKenney” Kenney, who has been killing it in the live circuit in 2017 with $6,240,894 in winnings. Unfortunately in this online matchup, Kenney came up short, going out in 4th place for about $110,000.

Two other WCOOP events concluded on Monday. The first was Event #02-H ($530 6-Max Progressive KO), which drew 2,943 entrants and generated two equal prize pools of $735,750 for both the regular tournament and bounty winners.

Meanwhile, in WCOOP-04-H ($530 NL Omaha Hi/Lo), the UK’s “WeakyLeeks” ended up firing four bullets to get to the final table. That is where he defeated Richard “raconteur” Gryko in heads-up play to win his first WCOOP title and the accompanying $62,354.87 top prize.