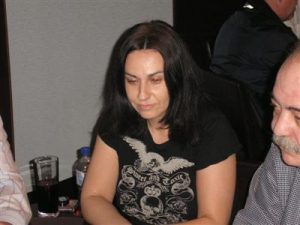 A new Channel 4 poker show in the UK, called Celebrity Poker Home Game, could be set to rejuvenate the UK’s interest in poker.

The British TV station has always been a supporter of poker, and successfully reprised Late Night Poker (a show which featured European and American poker pros in a TV shootout -tyle tournament) in the 2000s.

Co-producing the show will be Good Egg and Channel X Productions and the overall theme of the will fuse reality TV and poker.

Following the trend of US and UK TV shows that take you behind the closed doors of celebrities, you’ll see some famous faces in a new light, all extolling the virtues of poker.

After speaking directly with the producer, Shelley Rubenstein, we found out that the show won’t fall into the same trap that many reality shows do and simply show “any old random celebrity who clearly have no idea how to play poker.”

Rubenstein herself has been involved with poker a number of years, both as a player and an event organizer, and it’s this experience in the industry which was the inspiration for the show.

“The series idea was born from these nights and the interesting players they attract,” said Rubenstein.

To add to the competitive aspect of the show, the winners of each home game will progress to the Grand Final, which will see each episode’s winner unite to compete for the Celebrity Poker Home Game title.

We were given a sneak peak at the pilot episode of the show (which we’re unfortunately not allowed to show you just yet) and Rubenstein was true to her word in that the celebrities were not only recognizable but, in some case, strong poker players.

When asked if there’s a chance of some professional players joining the action, Rubenstein told us that there were no current plans; however, it is possible that some may be involved in the “commentary process.”

At present the production companies and Channel 4 are in talks with a number of companies willing to sponsor the show, which means there’s a chance we could see a well-known poker operator added to the credibility of the show.

Although Celebrity Poker Home Game still has a way to go before its broadcast in the UK and on Channel 4’s website, the pilot looks promising, and it’s certainly a show that could pique the interest of the masses. Sadly, as far as we know anyway, there are no plans to air it in the US at this time.