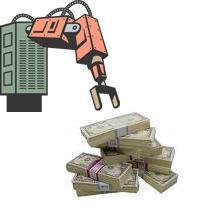 Svenska Spel in Sweden loses its status as “first country to successfully prosecute a player for cheating at online poker,” after acquitting a formerly convicted bot ring. (Image: bonusbots.com)

A Svenska Spel Swedish poker bot ring has been acquitted of fraud. Sweden’s court of appeals overturned the original conviction involving five accused of the crime.

In February 2013, the monopolized Swedish online gaming company Svenska Spel announced that it had suspended 14 accounts, suspecting them of employing poker bots. The accounts had collectively won in the neighborhood of US$280k, playing whale stakes of between NL50 up to NL500, the company reported.

Svenska Spel subsequently passed its findings onto the police, who arrested seven people in relation to the case. Five of those were eventually convicted of serious fraud by the district court in June 2014 and sentenced to probation.

Despite that light sentence, the case represented the first time that “players” had been prosecuted for cheating at online poker. Svenska Spel was stuck picking up the repayment tab of $586,000 to around 25,000 players, and the company shortly afterward revealed that the scam was more than twice as big as initially suspected.

Failing of the Law

But the initial prosecution has now been overturned, with the judge in the case ruling, according to Poker Industry Pro, that “it is not proven that the procedure entailed harm to the plaintiffs or gain to the defendants in the manner required for liability for fraud.”

That the bot ring existed and was being employed by the defendants to cheat was never in doubt. Rather, it was a question of proving the legal standard of fraud and “harm” within the mystifying [to the law] sphere of online poker, where you can be cheated by “robots.”

Sweden has been in the process of overhauling its online gambling law, mostly to address the question of Svenska Spel’s Internet monopoly in the country. But while it’s at it, it would do well to reflect on the nuances of this case and acknowledge the failings of the law.

The UK made the act of cheating at online poker illegal in 2005, and its subsequent Gambling Act of 2014 increased the possible maximum sentence from two to ten years in prison.

The poker bot ring’s acquittal this week means that the UK can now stake its claim to the first-ever successful prosecution of a poker cheat, which occurred in January of last year.

WSOP bracelet winner Darren Woods was sentenced to 15 months in prison after he scammed online poker players out of hundreds of thousands of dollars. Woods employed one-man collusion between various accounts he had set up under false identities. He also claimed commissions from his former sponsors, 888.com, using bogus referrals.

Woods has been ordered to pay back £1 million ($1.4 million) to the victims of the scam, or face an additional six years in prison.

“Cheating undermines confidence in the recreational gambling industry,” the judge told Woods. “Those who might choose to gamble recreationally may be deterred if the system is unfairly balanced in favor of other players by such conduct as yours.”