PKR Comes Out of the Cold and Joins Microgaming Poker Network 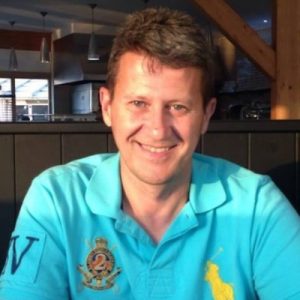 PKR is now joining the Microgaming Poker Network after surviving for 10 years as an independent entity. Following a series of changes over the past few months, PKR is now joining the tenth-largest poker network in the world, with a current 24-hour peak influx of players of just over 1,500.

This figure, combined with PKR’s average number of cash game players (200), will help push Microgaming further up the rankings, but there has been some concern that being part of a network could harm PKR’s community vibe.

Decade of Independence Comes to an End

Over the last decade the site has stood out for its 3D interface and its tight knit community. Thanks to events like PKR Live and annual satellites to the World Series of Poker, PKR’s message boards have been a virtual meeting place for players from across Europe.

And with customizable 3D avatars and players able to perform signature chip tricks, players have been able to show off their personalities and form closer bonds with those around them.

But when PKR becomes part of the Microgaming Poker Network, there’s a danger this community vibe could be lost, as its regular player base will be absorbed into an existing pool of players. At least the 3D software will remain in place, we are told.

It’s certainly a sign that PKR is making major changes to ensure it stays in business. In August 2015, the site introduced lottery-style jackpot Sit & Go tournaments with buy-ins starting from as low as $0.30.

This announcement was followed by the decision to drop the PKR team pro concept (which left WT500 UK champion Eleanor Gudger and player/coach/writer Dan O’Callagan without a site sponsor) and focus on alternative marketing methods (those haven’t been made public, which is odd considering they’re about marketing).

Another important change at PKR came in November 2015, when Chris Welch was named as the company’s new CEO.

Following the departure of Neil Alexander, who left the position of CEO after just two months, Welch took charge of the iGaming site in a bid to regain the site’s equilibrium and oversee growth in the PKR’s poker and casino sectors.

The decision to join an established network is in line with the trend of consolidation that’s taking place across the iGaming industry. Although on a much smaller scale than recent mergers between the likes of Paddy Power and Betfair, the move is one that’s designed to ensure the survival of PKR in the face of increasingly tough market conditions.

“PKR has survived (and sometimes thrived) for 10 years as a stand-alone poker room, but neither our staff, investors nor players are content with survival and we have ambitious plans,” said Welch.

Do you think this a positive for the player ?,i have my doubts ive played there tons and seen some interesting things happen ,especally with it being uk based