While his intentions may have been good — Hammers said he planned on donating all of his winnings to womens’ charities — his actions didn’t earn him any fans among the 643 women he competed against. 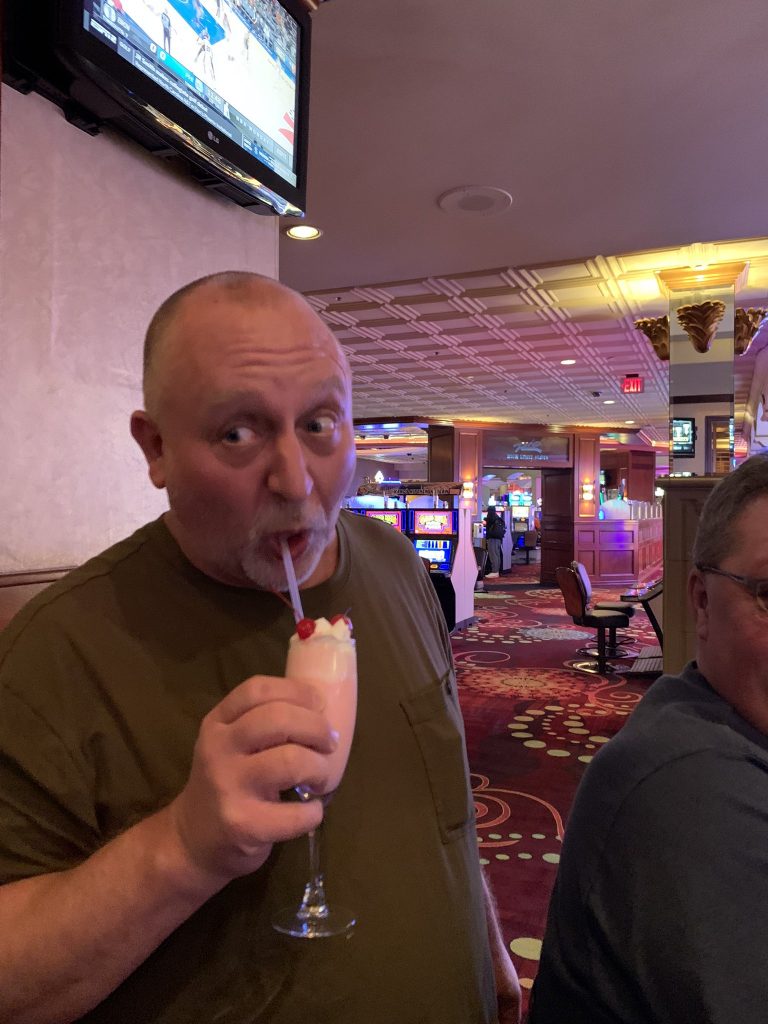 Tom Hammers enjoying a “ladies” drink after being eliminated from the WSOP Ladies Event. (Image: Twitter/@2stkinkykings)

Hammers didn’t come close to sniffing the money bubble, getting eliminated by the chip leader after running his pocket sevens into Christina Gollins’ pocket aces. Upon his elimination, Hammers was met with hoots, cheers, and whistles from the women who have made this a tradition whenever a man is bounced from the ladies’ event.

Hammers’ wife, Sherry, is still alive in the event, but their daughter, Jordan Watson, didn’t make it to day two. Tom Hammers, who is from Minnesota, is a regular on the Mid-Stakes Poker Tour and has cashed for more than $300,000 lifetime.

The tournament continues at 12 pm PT today, with the following players sitting at the top of the chip counts:

Several men have played in WSOP ladies’ events through the years. Nevada law prohibits casinos from using gender to prevent people from entering events, so to discourage men from playing, the WSOP charges $10,000 for the Ladies Event, but gives women a 90% discount.

In 2011, 15 men entered the Ladies Event and one of them — Jonathan Epstein — made the final table. It was his only WSOP cash. The rail was, unsurprisingly, unkind and booed him at every chance. When he was eliminated, the tournament director, Robbie Thompson, announced “Finally, welcome to the Ladies Event.”

The year before, Shaun Deeb stuffed himself into a pink dress and played the event with several other guys. A crude drawing of him at the event is what he uses as his Twitter picture. 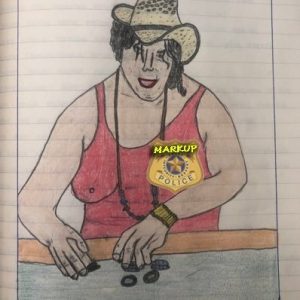 The WSOP has spread ladies’ events since 1977 when Jackie McDaniels won the $100 Seven-Card Stud tournament and its  $5,580 top prize generated by 93 entrants. Until 2000, the Ladies bracelet was won in Seven-Card Stud events. The tournament prize pool topped $1 million in 2007 with 1,286 entries.

Some men who have crashed ladies’ events have gone on to win them. The biggest ladies event disaster happened at the 2015 EPT Deauville where 22 of the 83 players who bought in for €220 were dudes. One of those dudes, Thierry Derkx, won it.

Abraham Korotki is another ladies’ event champion. He outlasted 268 women to claim the $20,982 top prize at the 2009 Borgata Poker Open in 2009. A man also won the WSOP Circuit Ladies Event at Harvey’s Lake Tahoe in 2009, prompting the following write-up from former WSOP media director Nolan Dalla.


Perhaps then it was inevitable that somewhere, someway, and somehow, a man would enter the ladies championship and manage to win.  That dark day (for women) finally arrived at a WSOP Circuit event when Greg Sessler, a 22-year-old student at UC-Davis won the latest Ladies Poker Championship at Harvey’s Lake Tahoe.

Sessler told Dalla he played in the event because it was the only one-day event he could play that his schedule allowed. Ironically, his final hand that took down the tourney was — you guessed it — pocket queens.