Mega Moolah boasts the biggest progressive jackpot in the world - last year it gave out $21.7 million to one lucky player on a 75 cents bet! The current jackpot is already on its way to beating this. Read on to find out where and how to play this legendary slot, and see if you can bag the jackpot and make history. 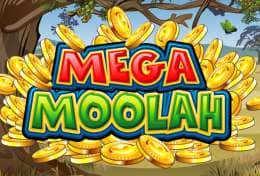 Journey to the African Savannah

This is a slot that takes players into the African savannah. The reels are set against a backdrop of a dusky sunset and the reels are packed with animals from that region. All that is needed is Elton John singing “Can You Feel The Love Tonight?” and Simba to come bounding out of the undergrowth to really add to the atmosphere.

There is a maximum coin bet of 125 coins. Coin sizes range from 0.01 per spin to 0.05 per spin. Players will find the symbols consisting of a buffalo, ibis, giraffe, monkey, zebra, and lion. There are also the generic 10, Jack, Queen, King, and Ace symbols.

The Lion Acts as the Wild

It is the lion symbol that plays as the Wild on this game. Usually, the Wild symbol is something players might expect to hold a huge amount of power within a slot but that is not the case with this slot. It simply acts as a little bonus reward. If a winning combination is landed with the lion Wild included in it then players will see their win doubled.

Become an Instant Millionaire with the Progressive Jackpot 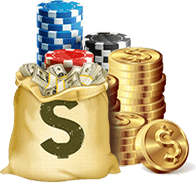 The previous highest win on a Microgaming progressive jackpots slot by a long distance which was Ł5,882,594 that was won on the Mega Moolah slot by a player identified as John O at Butlers Bingo online casino back in 2012. 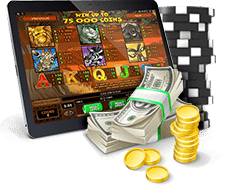 If players are looking to get some Mega Moolah tips, the best advice is to get playing for real money right now and familiarize yourself with the game. As a flagship title under the Microgaming brand name it is available to play at most Microgaming online casinos. A Mega Moolah casino is always within touching distance. Mega Moolah mobile is also available to play at a number of Microgaming mobile casinos. Players do not need a specific app to play and it can be accessed at a range of mobile casinos that can be enjoyed via a smart phone or tablet. Players simply need to check that the mobile casino is compatible with their iOS, Android, or Windows mobile device.

Mega Moolah is one of the all-time greats of online slots gaming. The Mega Moolah jackpot has produced some massive wins and has spawned a number of spin-off Microgaming jackpots titles such as Mega Moolah Isis, Mega Moolah 5 Reel Drive, and Mega Moolah Summertime. It is also up there with a number of timeless classic slots from other developers that have a reputation for delivering big winners, such as the aforementioned Mega Fortune by NetEnt, Millionaire's Club by Cryptologic, and Gold Rally by Playtech. It is without question one of the main things that draws players to the Mega Moolah odds.

It is part of an elite list of slots that can boast creating real cash millionaires in a single spin and has gone down in slots legend for some of the winners it has delivered since its inception. It is without doubt the most famous Microgaming slot and is likely to remain in that position for some years to come. The combination of big wins and outstanding game play will be hard to beat by any future slots.

Is Mega Moolah legit? Yes. It comes from a leading games maker and appears at top casino sites that are regularly vetted and audited for fairness, so you know you are protected with the game and that Mega Moolah is safe.

This Mega Moolah review only scratches the surface about how absorbing this slot is and it has to be played to fully appreciate its prestige. In Mega Moolah Microgaming have an iconic slot and its impact on the online slots industry cannot be understated. Slot machines have translated superbly to the online platform and this slot is an example of that. The graphics, sound effects, and potential wins on this slot make it a barnstormer.

Find the best online casinos offering your favorite games by clicking below. Each page also offers a simple guide on how to play.