Become a Winning Poker Player in 30 Days with our FREE COURSE!

Take me there
Forum >> Online Poker Strategy >> How Much Money Can You Make Playing Poker?

How Much Money Can You Make Playing Poker?

How Players Earn A Living at the Tables

Making a living from playing poker is one of the most exciting jobs in the world - but it’s not easy. It’s important to assess whether or not you have the necessary skill set to actually turn a profit. Thousands of players earn a good wage at the tables, but they have dedicated years to fine-tuning their skills to make them better pros. While it’s impossible to know exactly how much you could make playing poker, there are some things you need to consider:

How Much does the Average Grinder Earn? 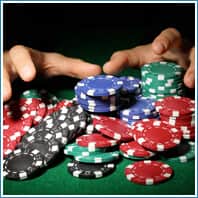 In reality this is an impossible question to answer but if we look at things pragmatically we can begin to form some kind of general guidelines. The first thing to note is that the amount and rate at which players earn money will vary drastically depending on whether they are playing tournaments or cash games.

From afar it is often assumed that poker's top tournament players are raking in unbelievable sums of money each year. The reason for this is that poker news outlets generally focus on a festival's big winners and they don't often take into account the money they've spent on buy-ins throughout the year. Since net profits are the result of winnings minus buy-ins the actual amount of money a tournament player makes is actually a lot less than many would assume. 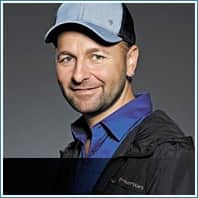 To illustrate this point let's take Daniel Negreanu as an example. In 2013 he had one of his most successful years ever and during the latter half of the year he posted a statistical breakdown of his actual results.

Playing a total of 51 tournaments, Daniel managed to accrue a $944,126 profit with a standard deviation of $166,300 per tournament. However, while this net result is certainly impressive, things get more interesting when you consider that out of his 51 tournaments he only cashed in 11. This means that had he not managed two outright wins (in the WSOP APAC and WSOP High Roller) he would likely be in minus figures.

Indeed, in total Daniel spent $898,080 on tournament buy-ins and at one point he went on a 12 game losing streak. Thus, while it can often pay to be a tournament player, the reality is that unless you can manage a significant win during the year you'll often find that turning a profit is tough; even if you're one of the top MTT players in the world.

Choosing the Grind over Glory 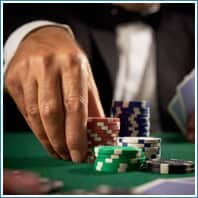 In contrast to tournament players, cash game grinders can often make a more consistent amount of money, but they will often fail to achieve the kind of scores associated with deep MTT runs. Which format you choose will be a matter of personal preference and skill, but an adept ring game player can generally expect to earn around 5 big blinds per 100 hands online.

Obviously the size of the game (six-max or full ring) and the stakes you're playing (the higher you play the lower you're win rate will be) will affect the amount you win; however, as a general guide you can class anything around 5bb+ as a good win rate.

One exception to this rule is in the live arena. In general online cash games tend to be tougher than physical confrontations which means you can expect a bigger win rate in a live setting. Concrete numbers are difficult to obtain because of a lack of tracking, but in general you can expect to make around 8bb-10bb/ 100 if you're a good player. However, it's important to note that you will see far fewer hands per hour in a live game; thus while your win rate may be lower in an online game, the amount you make per hour can actually be more because you can play more hands.

The Curious Case of Gus Hansen 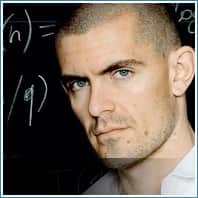 Gus Hansen was once one of the most dominant poker players in the world but after a surge of young players began to control the game he seemingly lost his way. However, despite those around him getting better he's still hailed as an elite player even though he's a major loser online. Indeed, over the course of 1,383,179 hands of online poker he has lost a staggering $15,628,983. These losses certainly belie how skilled he actually is and sit in stark contrast to the amount he's won in live cash games and tournaments ($11,240,677).

The reason why Gus's online losses are so vast is that he often plays in tough games that don't suit his style. As we've previously hinted, your win rate is dependent on a number of factors and one of those is game selection. Find the right game for your skill set is crucial and one of the major influences on how little or much you can make. Thus, if you want to avoid losing like Gus then make sure you choose your games wisely. 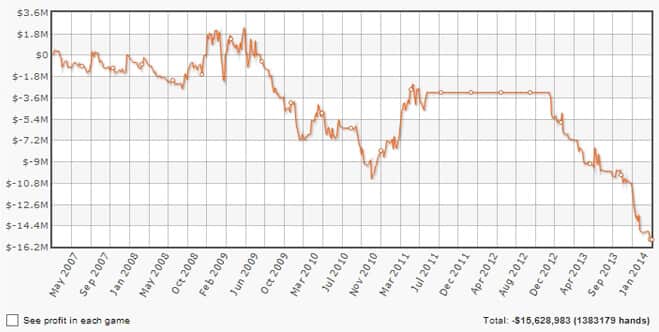 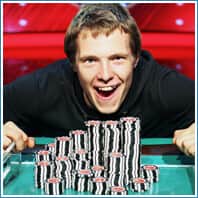 How Can You Improve Your Earning Potential?

Now that we've established what's possible and what's likely when it comes to making money at the poker table, it's probably wise to spend some time looking at how you can improve your win rate. Poker is a constantly evolving game and studying is very important for players of all skill levels. Indeed, aside from proper game selection, you need to ensure that you're familiar with the latest betting trends in the poker world.

For example, it used to be the case that a strong player could simply 3-bet pre-flop with a wide range and expect to make money from those around him folded too easily. However, as poker has evolved it seems that most players have begun to adopt this aggressive style and now 3-betting pre-flop is not the powerful weapon it used to be. Indeed, in order to exploit this change in dynamics the best players are now raising a lot less pre-flop. Moreover, they have decreased their opening bets from 3bbs to 2.5bbs and 2bbs.

The only way to stay up-to-date with these developments is by reading the latest strategies, watching training views and reviewing your own play. Additionally, having competent friends in the community, such as those found inside the virtual confines of Cards Chat, can help improve your chances of success. 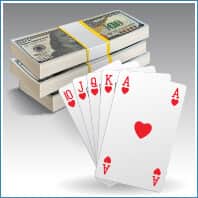 Another important facet of the game you need to master if you want to become financially liberated is your mindset. Playing angry (or on tilt as it's known) can be fatal and turn a winning player into a losing player simply because their emotions prevent them from making rational decisions. Fortunately, there are many resources that can help a player improve their mind set. One particularly good resource is Jared Tendler's Mental Game of Poker which explores a range of psychological concepts that a good player must adopt if they want to avoid losing money and improve their win rate. 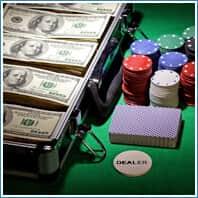 The nature of your results and how much you win at the poker table is dependent on a number of factors. From the amount of players at the table to the stakes at risk and the sharpness of your mindset, making money isn't as simple as it seems. Indeed, throughout this article we've highlighted how even the very best players don't win every time they sit down at the table. Dedication is crucial in this game and if you want a poker balance that's comfortably in the black then you need to refine your skills, play in the most appropriate games and put in the hours. Only by following these steps can you overcome negative variance and turn a healthy profit.

Starting Hands % How many hands should I play? What are the best starting hands? We answer these questions and more right here. Read More...
Recent Posts