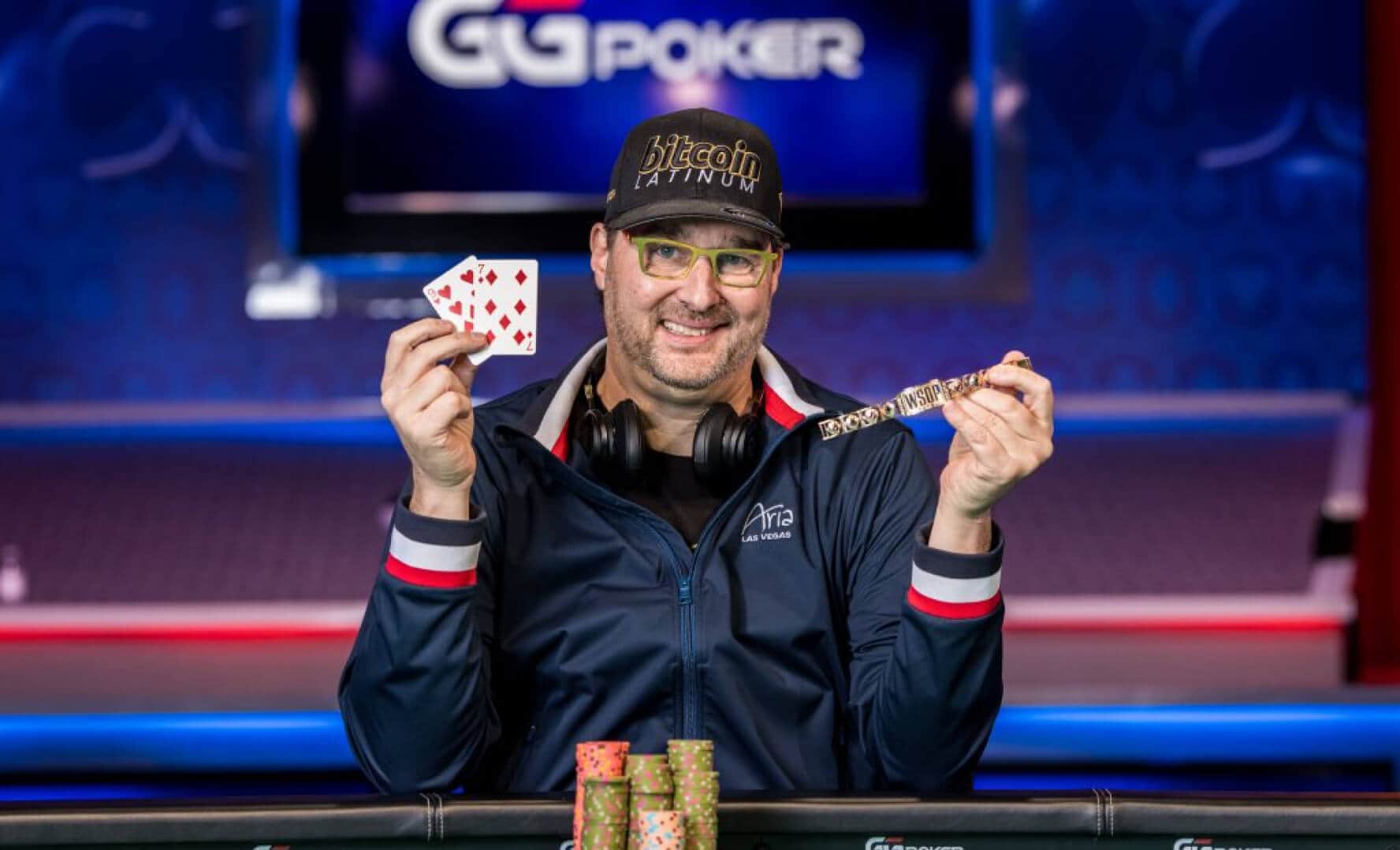 The word ‘polarizing’ is commonplace in poker, although it’s often reserved for strategy conversations regarding a player’s range of hands, rather than people.

But when it comes to poker’s most polarizing figures, there’s really no one who even comes close to the man they call ‘The Poker Brat’. Poker fans either love him or…disapprove of him (loathe is a bit too strong a word), but however you feel about him, one thing’s for sure: he’s always entertaining.

We are, of course, talking about Phil Hellmuth, a player who has remained a constant force and inimitable presence throughout an incredible poker career spanning five decades.

Today, Hellmuth is a poker icon and one of the game’s true originals, for better or for worse. He’s undoubtedly one of the greatest tournament players of all time and a sure-fire fan favorite, instantly recognizable with his tall frame and trademark black baseball cap, black sunglasses, and black jacket. He’s known for the temper-tantrums and brash bravado that have persisted well into his fifties, and he shows no signs of slowing down anytime soon.

From bursting onto the scene by becoming the youngest winner in the history of the World Series of Poker (WSOP) Main Event; to becoming a New York Times Bestselling author; to playing on poker’s biggest stage dressed as Gandalf, Caesar, and Thor… Sometimes it feels like the only thing ‘The John McEnroe of Poker’ hasn’t done in his illustrious career is accept a bad beat without complaining.

Hellmuth has a poker résumé that even the game’s other leading lights are surely envious of. As of the start of the 2022 WSOP he possesses a record-smashing 16 WSOP bracelets (six more than his nearest competitors). He has more than $27 million in live tournament cashes (placing him 19th on poker’s all-time money list at the time of writing). He holds the records for the most WSOP cashes (157) and WSOP final tables (61). Not to mention his unknown winnings from the private cash games in which he’s a regular.

As he says himself: “If there weren't luck involved, I would win every time.”

The origins of the Poker Brat can be traced to America’s Midwest, far away from the Las Vegas strip.

Phil Hellmuth Jr. was born on July 16, 1964, in Madison, Wisconsin and grew up as the oldest of five children in both an academic and artistic household. His father, Phil Hellmuth Sr., was a dean at the University of Wisconsin, while his mother, Lynn, was a sculptor.

Even as a young boy, Hellmuth was mingling with other celebrities (or at least, other future celebrities). While attending Blessed Sacrament Elementary school, he became best friends with classmate Chris Farley, who would go on to become a famous comedian on Saturday Night Live.

But when he hit high school, Hellmuth found it difficult to make friends. He wasn’t doing well academically, nor was he good at any sports. This resulted in him getting bullied by his classmates and developing very low self-confidence.

Things weren’t always great at home either. Hellmuth had a close relationship with his mother, who hung up a sign on the bathroom mirror reading:

According to Hellmuth, reading that message everyday had a profound influence on his life. “It made me believe that I could choose my own destiny”.

His relationship with his father, however, wasn’t as stable; Hellmuth struggled at school due to his attention deficit disorder, and his low grade point average caused friction between the two. Looking back, he refers to himself as ‘the ugly duckling’ of his family as his younger siblings all possessed the brains and brawn he lacked.

Determined to make something of himself, Hellmuth attended the University of Wisconsin-Madison and hoped to study Business, but his grades didn’t quite cut it. Instead, he studied Philosophy but was often distracted by the local poker games he began to dominate. After three years, he dropped out and officially became a professional poker player.

The poker world had no idea what was coming for it.

Success at the WSOP

The card rooms of Madison could only contain Hellmuth for so long. In 1988, when he was 23 years old, he made his first trip to the World Series of Poker in Las Vegas. He didn’t win any silverware on his maiden voyage, but he did finish fifth in a $1,500 Seven Card Stud Split tournament before entering the Main Event. He was ultimately eliminated in 33rd place by the reigning champion Johnny Chan, who would go on to win it again for back-to-back championships.

Incredibly, Chan also reached heads-up play in the 1989 WSOP Main Event too, seeking a third consecutive victory. His opponent? That same young kid from Madison he’d knocked out 12 months prior.

This time it was Hellmuth who came out on top. At just 24, he took down the big one for $755,000 and became the youngest player to ever win the WSOP Main Event up to that point.

While he continued to cash in tournaments left, right and center over the following years, he’d have to wait until 1992 before he captured his second gold bracelet. Then, in 1993, he won a triumphant three titles in one summer. From then on, the floodgates were open. There has been no stopping him at the WSOP ever since.

Aside from his longevity, what’s perhaps most impressive about Hellmuth’s WSOP résumé is that his bracelet wins have come in a wide variety of poker variants. He might be known as a Texas Hold’em specialist, but Hellmuth is a force to be reckoned with in all of poker’s mixed game formats, making him a constant contender in the WSOP Player of the Year race.

Moreover, the 16-long Phil Hellmuth bracelets tally could easily be much bigger. Hellmuth also has 12 second-place finishes in WSOP events, so if a few more cards had fallen his way, he could have a list well into the twenties.

The Making of the Poker Brat

After an accountant from Texas named Chris Moneymaker won the 2003 WSOP Main Event, poker enjoyed a boom like it has never seen before or since. Suddenly poker was all over TV: on ESPN’s WSOP coverage, NBC’s ‘Poker After Dark’, and GSN’s ‘High Stakes Poker’.

The makers of these TV shows needed characters and no player was better situated to capitalize on poker’s sudden popularity than Phil Hellmuth. Accomplished, recognisable, and larger than life, Hellmuth had a personality that made him a TV show producer’s dream. He’d throw tantrums when he felt players played badly against him; he’d whine when he got unlucky; he’d claim to be the greatest player of all time, even when being mocked by his peers.

Thus, he branded himself the Poker Brat, a name which sticks to this day. Hellmuth even released an autobiography in 2017 named ‘Poker Brat’, although this wasn’t the first time he’d put pen to paper. In 2003, Hellmuth released ‘Play Poker like the Pros’, a strategy guide that claimed to demonstrate exactly how to play and win, even if you’d never picked up a deck of cards. The book became a New York Times Bestseller as thousands hoped to learn his tactics and emulate his winning ways.

Whenever Hellmuth enters a tournament room, other players stop and stare. If they don’t, Hellmuth makes sure they don’t have a choice. At the annual WSOP Main Event, he began making increasingly extravagant entrances: in 2007 he was dressed as a NASCAR driver; in 2009 he was Caesar, surrounded by admirers; in 2010 he was a boxer, complete with entourage; in 2018 he was Thor, armed with his hammer; and in 2021, he was Gandalf the wizard.

He might be popular with poker fans at home, but his behavior at the table – berating players who win pots from him, complaining to dealers who deliver bad beats to him – has not been without its controversy among fellow players. “I have the ‘Poker Brat Persona’, but it doesn’t accurately define me,” Hellmuth said. “In fact, Phil Hellmuth is a very different animal than the ‘Poker Brat’ is.”

At home, Hellmuth is simply a husband and father, albeit an eccentric one. He’s lived in Palo Alto, California, since 1992 with his wife, Katherine, a psychiatrist at Stanford University. The couple have two adult sons: Phillip III and Nicholas.

“I don’t really know if my life is normal. However, what is certain is that it is much more normal than most poker players,” Hellmuth said. “I’m married, I have a house, children… but it is not quite normal either since I travel around the world, take part in TV shows, play high stakes… But when I’m at home, I have a balance and I’m more like Mr. Everybody. I spend my time on the couch watching TV.”

Still, his celebrity status has worked well for him off the tables. Phil Hellmuth’s net worth is more than healthy, he’s friends with wealthy businesspeople, athletes and movie stars, and he’s often seen sitting courtside at Golden State Warriors games or MCing at glamorous charity events.

But in order to maintain his allure, he simply must keep winning on the felt. Luckily for him, he has a special power.

In the years that followed the poker boom, the poker landscape changed dramatically. The cowboy hats and cigars of old were replaced by hoodies and headphones as a new generation of young poker wizards entered the scene, powered by countless hours of online poker play. By the time they were old enough to play live poker in a casino, these young superstars had already played millions of hands and had built strategies far more advanced than the old guard. This resulted in many old-school pros falling by the wayside.

But not Hellmuth. He continued to proclaim himself the best, even when his play was ridiculed by the new wave of poker talent. He famously folded Ace-King on an Ace-high board when his opponent had pocket Aces (“I can dodge bullets, baby!”) and would make plays that seemed absurd to the more sophisticated, strategy-driven players. He puts all of this down to possessing ‘White Magic’.

“How can you be so lost in the math and the strategy that you don’t understand that reading trumps everything?” Hellmuth said. “To me, White Magic is purely reading ability.”

Other players might not understand his methods or his antics, but they can’t deny his prolific ability to win. He’s been doing it for years and with 16 WSOP bracelets, he’s not done yet. Hellmuth has always claimed his target is to win 24 bracelets before he retires.

“I'm trying to make history. I've always put history above money,” he said. “I just want to keep moving forward and achieve numbers that maybe no-one can ever catch.” 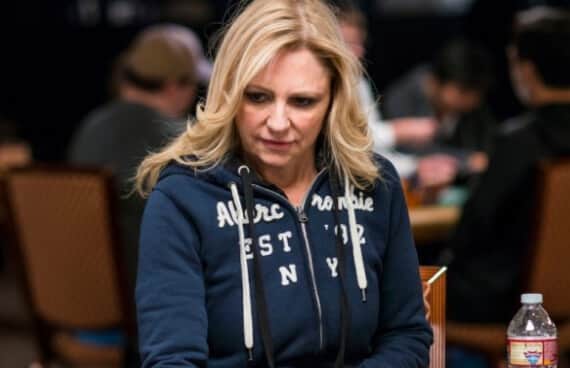 When the poker boom was in full bloom throughout the noughties, there was only one female poker... The question of who is the world's best poker player will never accurately be answered... 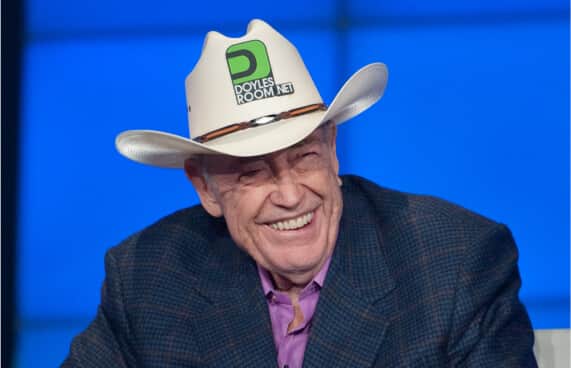 There is only one poker player in the world whose mere arrival to a tournament room is greeted... 10 Of The Best Male Poker Players In The World

Who are the world’s best professional poker players? This page lists 10 of the top male... 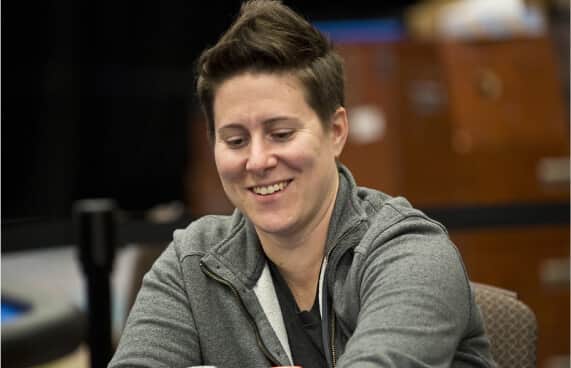 10 Of The Best Female Poker Players In The World

We've listed the top 10 female poker players, including what tournaments they won and... 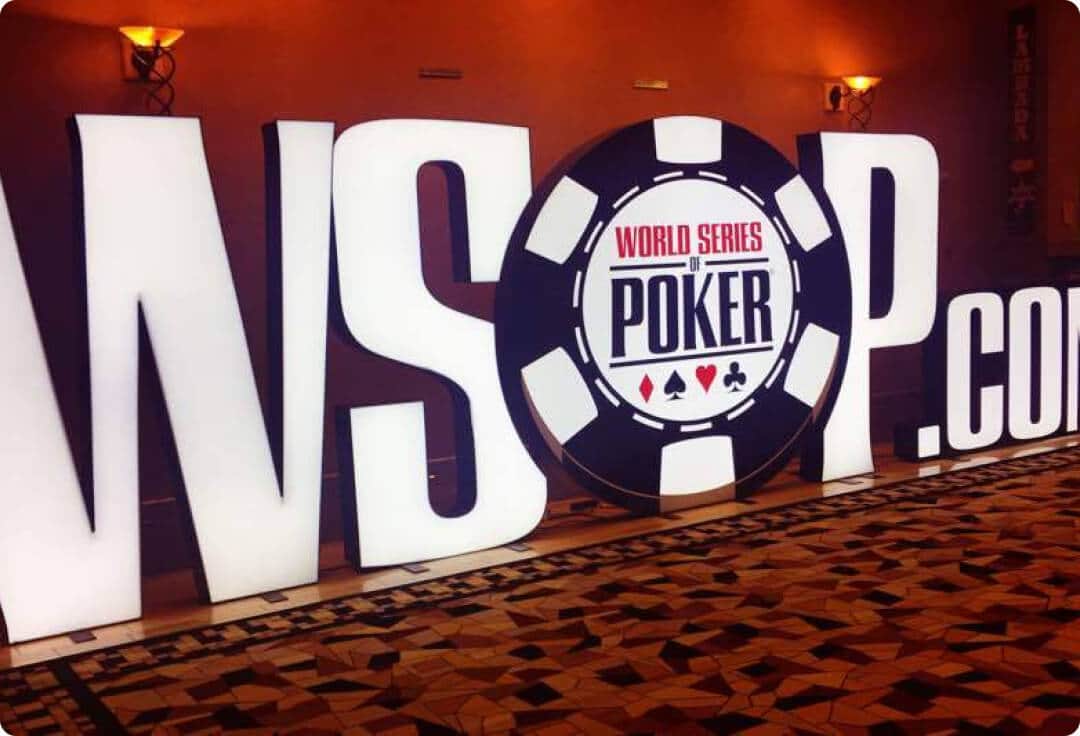 Looking to show off your own skills at the poker table? You don’t need to be a World Series of Poker player to have a good time playing the game, or to win!

Discover poker news stories from our CardsChat community members as well as free poker strategy guides to help raise your game to the next level. When you’re ready to play for real take a look at our guide to the best real money poker sites.