Poker players are used to finding themselves in race situations, but Zynga Poker is taking it to a whole new level by striking a deal with Nascar. Zynga Poker branding will now be featured on Go Fas Racing’s No. 32 Ford, driven by Matt DiBenedetto. 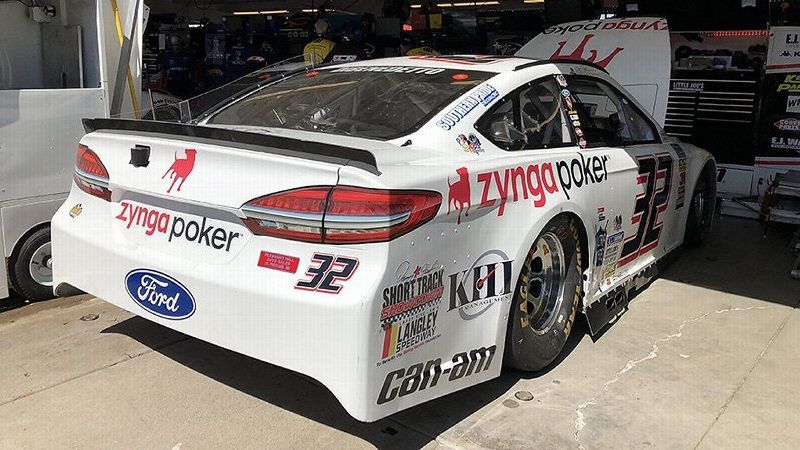 Zynga to the Rescue

For the remaining seven races in the Nascar Cup Series 2018 season, Zynga Poker will serve as the primary sponsor of Go Fas Racing beginning with the All-Star Weekend at Charlotte Motor Speedway in two weeks.

Fans will be able to catch a glimpse of the car in races at Pocono, Daytona, Watkins Glen, Bristol, Las Vegas and the season finale at Homestead.

Not only will the Zynga Poker brand be plastered on the car, they will collaborate with DiBenedetto on an integrated social campaign in the hopes of winning the Fan Vote for All-Star Driver.

For their part, Zynga Poker will also host fan contests and giveaways via social media and their in-app assets. Zynga answered the call when, back in March, DiBenedetto took to social media seeking a sponsor in what turned out to be a viral video.

“Over the past 10 years, Zynga Poker players have shown the same passion and enthusiasm so we’re proud to partner with a team that loves their fans as much as we do,” said Go Fas Racing team manager Mason St. Hilaire. “I know we say it a lot, but it really has been a lot of fun working with and getting to know the Zynga Poker team. Being able to put together a partnership just two days prior to the Phoenix race in March and to be able to turn it into what it has become today really speaks volumes for how perfect of a partnership this really is.”

With Zynga Poker’s global audience, we’re excited to engage a new generation of poker players and introduce them to Nascar racing.”

Zynga Poker’s senior vice-president Monty Kerr added: “We are inspired by Matt’s fans and excited to join the rally to keep No. 32 in the race.”

DiBenedetto, 26, was the 2007 UARA-Stars Rookie of the year. He’s currently ranked 28th on the 2018 Monster Energy Cup Standings with 130 points and recently placed 19th in Talladega.

The deal with Nascar is just the latest news coming out of Zynga Poker, which recently launched a new Snapchat filter. 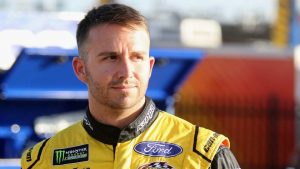 In the first quarter of 2018, Zynga has reported $208 million in revenue, up 7 percent year over year. Zynga Poker generates 23 percent of that revenue, which makes it Zynga’s most valuable product. Mobile revenues rose 13 percent to $182.6 million and accounted for 88 percent of Zynga’s total earnings. As of May 3, Zynga stock is trading at $3.60 a share.

Despite the strong showing, changes are coming to Zynga as founder Mark Pincus has announced will be reducing his voting rights from 70 percent to 10 percent, thus signaling a simplification of its stock structure.

“Over the past three years, I’ve been working with [CEO Frank Gibeau] and the board to restore Zynga’s focus on our core live game franchises like ‘Zynga Poker’ and ‘Words With Friends’ — and the players who love them,” said Pincus. “That work is paying off. Our game teams are delivering quality and value for our players, which is translating into growth and profitability for our company.”

Zynga Poker averages 38,500 players a week, which is more than double PokerStars’ play money site and triple their real-money offerings. At its high point in 2011, Zynga Poker catered to 56 million users in a single day.

its been long time i didnt playing zynga poker anymore, and move to pokerstar, since they were eat all my chips. zynga is suck pokerroom.

never played at zynga , interesting they chose the nascar platform to invest in,I’m not sure auto racing is the right area to promote poker, Using $$ to attrack players in lo cost entry and bigger payouts would be sure the way to compete