One signal that the casual poker market is doing well was recently reported in Zynga Poker’s financial report. The company was able to perform beyond analyst’s expectations, given market shifts. 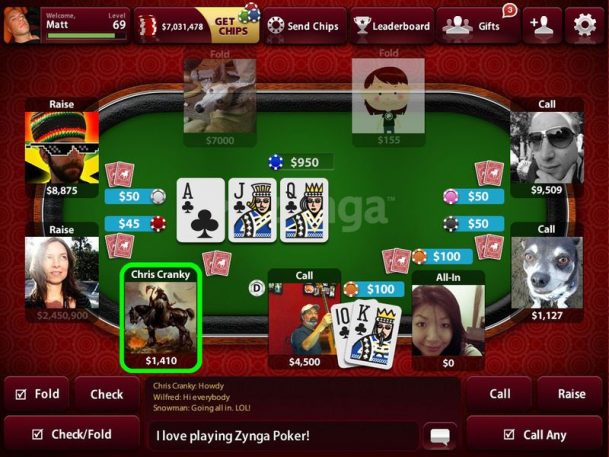 Despite Zynga Poker being a much smaller entity than it was in 2011 (when it recorded 56 million users in a single day), the latest information shows that the free-play platform is still popular. According to a press release sent out Feb. 9, continued focus on its poker product has not only seen revenue increase online, but also on mobile.

Traffic Up at Zynga Poker

Noting mobile poker earnings as “better than expected,” Zynga was buoyant about the future prospects of the platform which is now ten years old. In fact, as well as Zynga Poker’s fourth quarter revenue being up by 20 percent, year-on-year performance was 44 percent better in 2016 than it was in 2015.

From that distribution, Zynga Poker generated just less than $104 million in 2016, which is respectable for a free-play site. The results show the social poker marker still appears to be alive and well.

For the past two years, online poker sites such as PokerStars and 888poker have been reshaping their platforms in a bid to bring in more casual players. Adding casino games and sports betting has been one strategy. Also forming part of this new marketing drive is the introduction of games such as Beat the Clock tournaments which place more emphasis on speed and risk taking, which negates a skilled player’s edge.

Although Zynga Poker is propped up by its presence on Facebook, the latest results seem to indicate that players are willing to ante-up even if they’re not playing for real money. Moreover, with optional add-ons costing money, the urge to play is relatively strong as they’re turning a free game into a paid for activity.

Although it’s hard to say whether this upswing in Zynga Poker’s fortunes is doing anything to bring more players to established sites, there is a clear market out there for casual players. While many established grinders may continue to denounce innovations designed to appeal to this market, the data in this instance would suggest it’s a market worth pursuing.

i like zynga poker, they have a awesome app of poker,