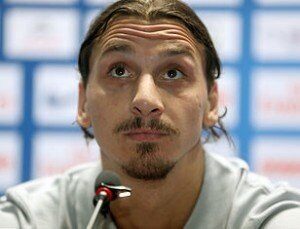 PokerStars has significantly reduced their roster of sponsored pros over the past year, slimming their roster and focusing more on players with appear in emerging markets in Asia or with a significant online presence.

But there is one area where they’ve remained as active as ever: getting big names from the world of sports in order to appeal to a wider audience.

Whether it’s Rafa Nadal or Ronaldo, sports stars have remained a big part of the site’s strategy even after their purchase by Amaya.

That doesn’t mean that PokerStars always gets their man, however. According to a report that circulated in French media, soccer star Zlatan Ibrahimovic was approached by PokerStars to become a sponsor for their French site, but turned down the offer at the last minute after a tentative agreement had been reached.

According to Le Parisian, the Swedish national who plays his club soccer for Paris Saint Germain (PSG) was offered somewhere between €3 million and €4 million ($3.2 million to $4.3 million) to wear the PokerStars.fr patch. PokerStars.fr is the segregated French-only version of the company’s poker room.

Certainly, Ibrahimovic doesn’t need the money. According to most reports, the striker currently makes about £12 million ($17.8 million) a year while playing at PSG, and that’s not counting the significant sponsorship money he already makes. Still, it’s not certain why he turned down the offer in the end.

On a Two Plus Two forums thread, many fans of Ibrahimovic seemed to respect his decision, even if they were also supporters of online poker.

“He has enough money so he does not need to compromise his morals and views at this point,” wrote Everest17. “Class player.”

Others suggested that Ibrahimovic or his family might have issues with gambling, or that the player simply didn’t think that a gambling association would be smart for his image. It was also pointed out that Ibrahimovic sports among his many tattoos one of a pair of aces, suggesting that he might just be a poker player after all.

Regardless of the reasons behind the failure to reach a deal, it’s easy to see what PokerStars might want to align themselves with Zlatan.

He is known to have a brash personality and hasn’t been afraid to speak his mind on a variety of topics, sometimes controversially.

That kind of personality has proven popular in poker in the past: just think of Phil Hellmuth or Mike Matusow, with the added advantage of already having millions of fans worldwide.

Ibrahimovic has been an extraordinarily successful player throughout his career, and is often listed among the best players in the world, behind perhaps only Cristiano Ronaldo and Lionel Messi.

The striker is the all-time leading goal scorer for Sweden in international play, having scored 54 goals in 103 appearances with the senior team. He represented Sweden in both the 2002 and 2006 World Cups and the 2004, 2008 and 2012 UEFA European Championships.

He has also been one of the top players in club play over the past decade. He has previously had stints at clubs such as Ajax, Juventus, Barcelona and Milan. Since 2012, he has played for PSG, scoring 73 goals in 87 appearances with the French club.