The APPT Korea is currently playing out at Paradise City Resort in Incheon, South Korea, and the hero of the series right now is Japan’s Yuki Ko, who’s won two major titles in just over eight hours. 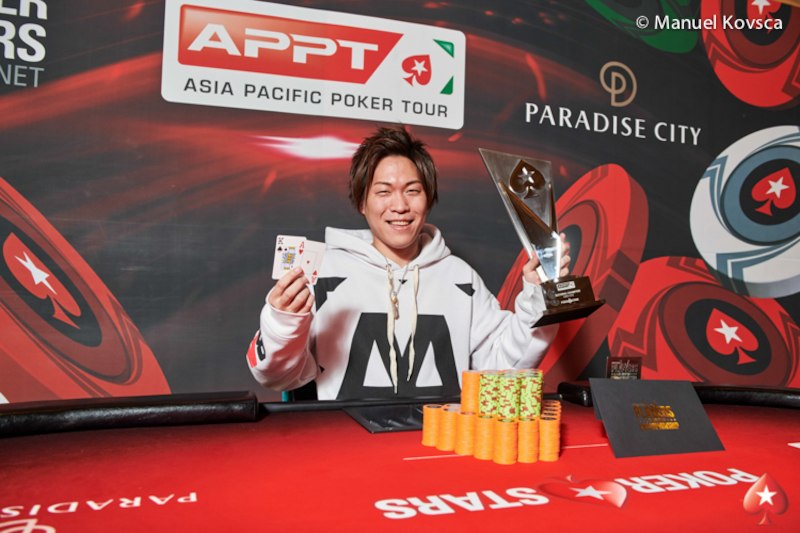 In the 2017 PokerStars Festival Korea Main Event, the title came down to Ko and New Zealand’s Tae Han. It was Han who prevailed in the heads-up match to win $73,954. In this year’s APPT Korea National Event, which attracted 225 runners, it was the same two battling it out, and this time the 25-year-old Ko exacted his revenge.

“I’ll never forget about the heads-up match we played last time,” Ko told PokerStars officials. “From the moment we both made it to the final table, I’ve been excited about imagining that we might get into the same situation again.” 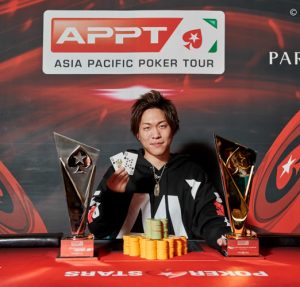 After winning the APPT Korea National, Ko immediately jumped into the Single Day High Roller and won that too. This time he squared off against China’s Wenling Gao, who was coming off a fifth-place finish in the APPT Macau High Roller for $154,832.

Gao began the heads-up match at a chip disadvantage and took a big hit right out of the gate when Ko hit a full house. In the final hand, Gao was all in preflop holding the K♦7♥ against the Q♠10♠ of Ko. The 2♠8♦5♦ flop kept Gao out in front as did the 9♦ turn. However, the J♥ spiked on the river to give Ko a straight and his second win in a little over eight hours.

“I’ve been playing live tournaments for seven years and the APPT National actually brought me my first hold’em trophy, which I thought was a miracle,” said Ko after his second victory. “I’m satisfied with my play in the two tournaments.”

raising with A-6 in a heads up it a bit aggressive, he would have seen the flop first, may be he would not lose that much if he saw the game

but revenge is always sweet in poker

for hours I think you have to be very lucky to get you not just a final table but a winner in a big tournament .. I guess the feeling he had when he opened the rivers and realized that he is a winner is unforgettable! wish you every success!!