Jaime Staples, Evan Jarvis, and other popular content creators have seen some of their poker videos removed from YouTube in an apparent crackdown on material seen as promoting online gambling sites. 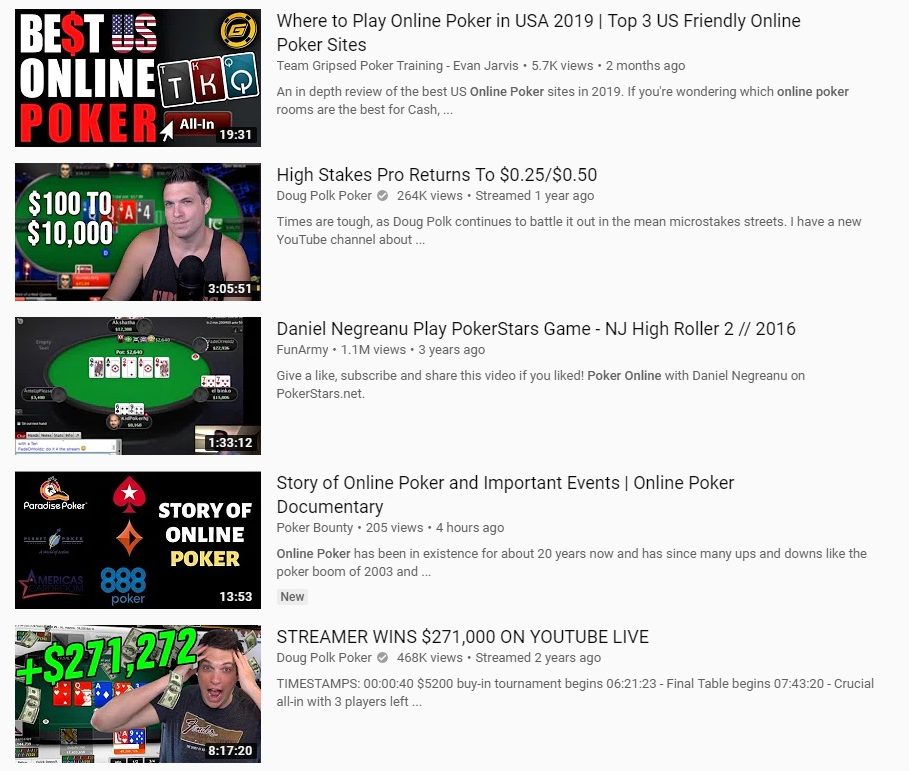 Videos with a connection to online poker appear to be the target of crackdown by YouTube in recent days. (Image: YouTube)

The videos that have been targeted appear to be those that either directly link to online poker rooms like PokerStars, or which are seen as having content that promotes such sites.

The first report of missing videos came from Staples on May 31. But by the evening of Saturday, June 1, Staples reported that more than 130 videos in total were now gone from his two channels.

Jarvis has similarly seen about 100 videos removed from his poker training channel on YouTube. Several other YouTubers have reported seeing at least some of their videos going missing, including Andrew Neeme, Alec Torelli, Parker Talbot, Derek Gomez, and Elias Gutierrez, among others.

YouTube appears to believe that these videos fall under their rules that prohibit the “sale of illegal or regulated goods.” Those rules prevent selling or linking to sites that sell any number of products and services, including alcohol, drugs, firearms, and “online gambling casinos.” The rules specifically mention “linking to an online gambling casino in the video description or comments” as being disallowed.

While YouTube does offer a way for decisions such as these to be appealed, some of the affected players have said that those appeals have not been successful. Gomez in particular posted an example of the response he received when he attempted to challenge having one of his videos taken down.

“All five of my paradise vlogs were taken down,” Gomez wrote. “Appeal was snap denied.”

Even more concerning for several YouTubers is the fact that their channels received strikes for violating the site’s rules. While a first strike won’t result in any permanent consequences, it does prevent a user from uploading videos or live streams for one week. Receiving three strikes can subject a channel to termination, resulting in the removal of all videos.

Poker No Different Than Casino Games

The developing situation has led to a number of questions about how a crackdown on online poker content – or more broadly, online gambling videos – might impact the poker community.

Some, including Staples, have expressed hope that it might be possible to make YouTube see the difference between games like roulette and baccarat and poker. But it’s unclear whether anyone on the platform is concerned over distinctions between games of luck and games of skill, with the more likely issue being the inconsistent regulatory rules between jurisdictions when it comes to online gambling.

More broadly, a decision by YouTube to ban the promotion of online gambling sites could serve to further emphasize the importance of Twitch streaming. Many poker sites have already taken steps to pivot towards Twitch in recent months, including Partypoker, which signed Staples along with many other popular streamers earlier this year.

On a possitive note… this is how youtube takes the strikes/complains/reports LUL. When Staples and Jarvis get videos deleted, what is the destiny of an avarage poker player who thinks about using youtube?
“any poker sites have already taken steps to pivot towards Twitch in recent months” – good it’s getting better anyway, I mean myspace whas also the goto place in a galxy far away(c)