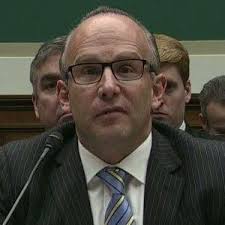 Conspiracy theorists will note that Adelson, who would love nothing more than to wipe regulated online poker off the face of the earth, recently put his weight behind Trump’s presidential campaign.

Uncle Abboud is an important mouthpiece for the fight against online poker and casino gaming, representing LVS interests at legislative hearings to espouse the virtues of RAWA.

Of course, we’re certain that Abboud the Younger, a member of the Republican National Committee since the summer of 2014 in both communications and research, was hired purely on the basis of his impressive resume.

But supporters of online poker regulation could be forgiven for being a little disconcerted by this new bridge between Adelson and Trump, who has yet to declare his official stance on online gambling.

Uncle Abboud on the Big Stage

Michael Abboud will be responsible for helping the Trump campaign formulate its daily messaging strategy and its rapid response to attacks from opponents, according to the official announcement.

We can only hope that he is better than his uncle in this regard. In 2013, during RAWA’s big moment on Capitol Hill, at a hearing of the House Subcommittee on Commerce, Manufacturing and Trade, Andy Abboud was torn apart by lawmakers, and branded hypocritical by Jan Schakowsky (D-Ill) for LVS’s own use of online mobile sports betting apps.

At a hearing in the Pennsylvania House last year, Abboud received a similar grilling, and was pulled up on a litany of inaccuracies in his testimony. He was also unable to satisfactorily answer questions on LVS offering online gaming on-property, as well as the company’s repeated fines for underage gambling and lax anti-money laundering procedures.

While Trump, incidentally, remains undeclared on the online gambling, he has certainly supported it in the past. In a 2011 interview with Forbes, he declared, “It has to happen because many other countries are doing it and like usual the US is just missing out.”

Meanwhile, in Pennsylvania, the CEO of LVS’ Sands Bethlehem casino, Mark Juliano, has threatened to pull hundreds of millions of investment in the city of Bethlehem if the legislature passes an amendment to expand gambling in the state.

For once, LVS’s ire was not directed, per se, at online gambling legislation, which was passed by the House on Monday and packaged with DFS. But an amendment to the package proposed by the Senate that would authorize the creation of up to 20 slots parlors across the state.

Last week Pennsylvania’s House of Representatives ditched a proposal that would have permitted bars and taverns to offer slots, which supporters had tried to attach to the state’s online gambling and DFS package last week.

But it seems some members of the Senate are looking to add language to the package that would permit all 10 of the state’s commercial casinos to open one or two “satellite” slots parlors, incurring the wrath of LVS.

Juliano reiterated to the Allentown Morning Call that Sands was still “fundamentally” opposed to online gaming.

“But would it keep us from investing?” he added. “Probably not.”

That bodes well for online poker, but should the slots amendment become attached to the package it would, once again, threaten to derail the whole process.

I think Michael will be just tricky enough to get pokerstars country wide without compromising integrity. He needs to convince trump the dishwashers should have a chance to get rich too.