Is the WSOP’s Mitch Garber the Man Who Saved Caesars? 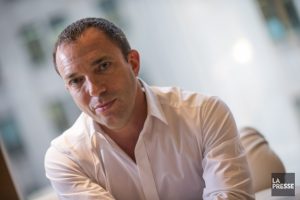 Mitch Garber’s 2011 acquisition of Playtika was a $4.4 billion masterstroke and one that may even have saved Caesars Entertainment from ruin. (Image: Ivanoh Demers/La Presse)

Mitch Garber, the CEO of Caesars Interactive Entertainment (CIE), which owns the WSOP, has been credited by the Financial Post this week as “the man who helped save Caesars Entertainment from ruin.”

The paper has a point. Had Garber not taken an interest in a small Israeli social gaming start-up with just 10 employees called Playtika, Caesars Entertainment, CIE’s parent, would be in a lot worse shape than it is now.

The very future of the World Series of Poker could have been plunged into uncertainty as well.

In 2011, with the declaration that it was Caesars’ long-term ambition to become “the number one in casino and social games on Facebook,” Garber led the $90 million acquisition of Playtika.

Many were incredulous, but Garber had the last laugh when Playtika quickly grew into the market-leading social casino games developer, with more than 20 million active monthly users. By the time it was acquired last month for $4.4 billion by a Chinese consortium, it employed over 1,300 people at 12 offices across the world.

The Cycle of Business

Garber has recently become something of a mainstream celebrity in his home nation, thanks to his appearances on Dans l’œil du dragon, Quebec’s French-language version of Shark Tank. And he told the Financial Post that he’s philosophical about the Playtika deal.

“In the cycle of business, we build businesses, then we grow businesses by acquisition and then sometimes, we sell a business and it’s all part of the cycle of the business life,” he said.

But Caesars was in desperate need of that $4.4 billion cash injection and Garber may well have saved its skin. The casino giant has been crippled by its industry-high debt of around $20 billion, accumulated when the company, then Harrahs, was acquired by venture capitalists, TPG and Apollo, in a highly leveraged takeover just before the recession bit into the casino industry.

Prior to the chapter 11 bankruptcy of its main operating unit CEOC, it was paying nine figures in debt repayments alone every three months.

The bankruptcy itself caused an eruption of litigation from its junior creditors, who accused Caesars of deliberately transferring CEOC’s most prized assets to subsidiaries, leaving it with nothing but distressed assets and unpayable debts.

A court-appointed examiner agreed with this assessment, and that it possibly amounted to fraudulent asset-stripping.

Caesars on the Brink

Facing mounting legal fees and lawsuits with claims of up to $12 billion, which could have finished Caesars, the sale of Playtika allowed the casino group to sweeten the pot for the junior creditors.

It also helped that the bankruptcy judge approved a request that founders of Apollo and TPG should disclose details of their own private wealth so that they could be held personally responsible for CEOC’s debts. The moved forced their hand, and rather than submit to the humiliation, they agreed to cede their controlling stake in the group, creating more equity for to offer creditors in the reorganized group.

But the irony is, that the man who helped save Caesars could soon be out of a job, as CIE and parent Caesars Acquisition Group, which Garber also heads up, will disappear during the restructuring process.

“I’ll explore my options at that point,” he said. “I have a lot of energy, I love being around people and I love deals. If I can combine my energy, people and deals, why would I stop?”