Not everything is about Daniel Negreanu and the Player of the Year controversy he’s been feeding. But at this point in the 2017 World Series of Poker, in some ways it is. 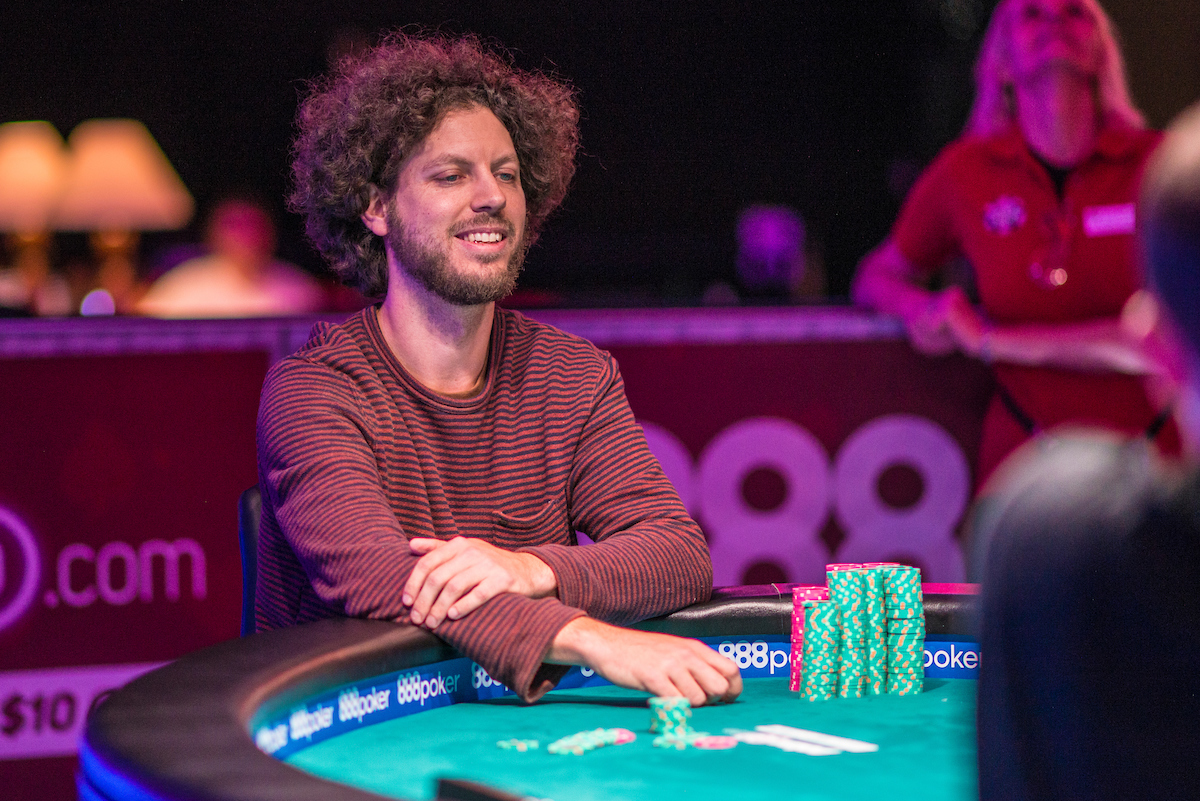 Chris Vitch crushed Event #48, $10,000 Seven Card Stud Hi-Lo 8 or Better Championship, winning his second career WSOP bracelet and presumably not caring about where that leaves him in the 2017 Player of the Year race. (Image: Drew Amato)

Chris Vitch and Benny Glaser went heads-up in Event #48, $10,000 Seven-Card Stud Hi-Lo 8 or Better Championship. Glaser was hoping to win a bracelet for the third consecutive year. But Vitch ended up walking away with the title and $320,103. And he’ll be the one able to return to the WSOP next year in search of a bracelet three years running.

This one was Vitch’s second WSOP bracelet. His first came last year in a $2,500 mixed lowball triple draw event, the game he considers to be his best. But this one, he said afterwards, was more meaningful because the “quality of play in the entire field is just so high” in the $10,000 buy-in tournaments.

This, of course, is what Daniel Negreanu has been saying, repeatedly, all summer. Kid Poker has been on a continuous rant about the new Player of the Year scoring system, arguing that $10,000 events have been inappropriately devalued, as they are more difficult than lesser buy-in tournaments and should be weighted more heavily.

Player of the Year isn’t even on Vitch’s radar. He’s currently 38th, behind Phil Hellmuth. Although he’s had an impressive summer, finishing in the top 10 in four events, his 339.60 leaves him needing to go all Jason Mercier 2016 for the next week if he wants to fight for the award.

But who cares about POY, other than Negreanu, when you just outlasted a final table that included Glaser, Abe Mosseri, and 2010 Main Event champion Jonathan Duhamel?

How Quickly They Fall

In large field poker tournaments, there are stretches where players drop like flies. And in some, the death knell never seems to stop ringing. Take Event #47, $1,500 No-Limit Hold’em Monster Stack, for example. The two starting flights had a combined 6,716 entries. After two Day Ones and a Day Two of play, the tournament is down to its final 234.

Despite being a lower buy-in event, which apparently requires minimal skill to cash according to Daniel Negreanu, there are many pros left in the field. They include 2015 Main Event champion Joe McKeehen (603,000), 10-time WSOP Circuit ring winner Maurice Hawkins (740,000), and poker Hall of Famer T.J. Cloutier (414,000).

The winner in this event will collect $1,094,349, the fourth 2017 WSOP event to pay its champion more than $1 million. It’s the kind of payday that even Negreanu could get excited about.

Can Rheem Hang On to $3K PLO Lead?

Rheem is one of the top players in World Poker Tour history, having won three WPT titles and $3.9 million on tour, but he hasn’t won a WSOP bracelet. It’s not that he hasn’t been successful in World Series of Poker events. He does have $2.5 million in lifetime Series winnings and a 7th place finish in the 2008 Main Event.

Should the WPT champion finally become a WSOP champion on Tuesday, too, he’ll add another $362,185 to his resume, propelling him above $9 million in lifetime live poker tournament wins.

Sammartino in Front of $10K PLO/8 After Day One

At this point in the series, every tournament is a chance for Daniel Negreanu to be climbing in the Player of the Year rankings (he’s currently in 6th position on the POY leaderboard), and a chance for him to complain about why he’s not.

Yep, $10,000 buy-in events are nearly impossible to beat, he’s been asserting. Something he again proved true by busting on Day One in Event #51, $10,000 Pot-Limit Omaha Hi-Lo 8 or Better Championship.

Dario Sammartino, however, doesn’t seem to be buying that defeatist attitude. The 3rd place finisher in the One Drop High Roller finished Day One of the PLO Hi-Lo Championship as the chip leader (294,300).

What Would Jesus Do?

Imagine the outcry from the poker community if Chris Ferguson were to win WSOP Player of the Year. The reaction would be something akin to Democrats on November 9, with their world turned upside down.

Well, it could happen. The 2000 Main Event Champion who at one time seemed like he could walk on water before falling dramatically from poker grace is currently in 7th place on the POY leaderboard with 484.84 points. That puts him just one spot behind Daniel Negreanu, but barely more than 40 points behind current leader, Ray Henson.

As the WSOP heads into the pre-Main Event homestretch, all it would take is a top 3 finish and a few bad beats for other players in the top 10, and he could be right up there in the lead without even booking a six-figure payday.

Until then we can only pray.

Going Out on Top-ish

John Elway and Peyton Manning, both former Denver Broncos, went out on top, winning a Super Bowl title on the way out the door. It’s every athlete’s dream to retire a champion. Howard Smith can’t quite say the same, but after a successful go in the 2017 WSOP, he says he won’t be back.

But it will be the last time he competes in a WSOP event in Las Vegas. Smith decided he’s leaving the world of finance and took a job in the UK as a math teacher. The new occupation will overlap with the World Series of Poker. Class will be in session during the summer, making it impossible for him to travel to Las Vegas for the Series any time in the near future.

Giving up a high-paying career as a trader to be a teacher might seem crazy to some. But, after tragically losing his son last winter at the age of 21, Smith decided he wanted to pursue something with a little more meaning in life that can have a positive impact on youth.

Back to Tuesday Grind