WSOP Day 16 saw a first-time bracelet winner, while the prop bet of the summer got even more interesting.

Doug Polk, as we have mentioned previously, has referred to Jason Mercier as a “bad reg” on Twitter, and suggested that his results have been above expected value. Polk is one of the top players in the world, but it’s becoming more difficult to agree with his assessment by the day. 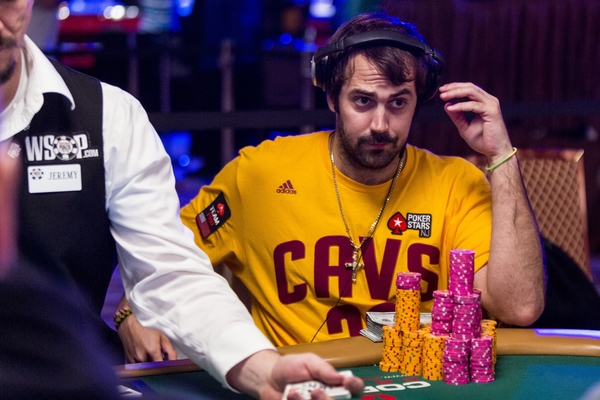 Doing the hokie Polkie: Jason Mercier will start Friday play as chip leader in Event #24, the $10,000 H.O.R.S.E championship, which will play down to a winner today. Doug Polk may have to eat some humble pie. (Image: pokerphotoarchive.com)

Perhaps Mr. Polk would like to reconsider his Jason Mercier evaluation.

If Mercier wins the bracelet in this event, Polk won’t be the only one who has to eat his words. Vanessa Selbst has a lot of money riding on the line, $1.8 million to be exact. Should the PokerStars Team Pro man take down Event #24, that gives him two bracelets this summer, meaning he is only one bit of bling away from winning the big cash off of Selbst.

To refresh your memory on this slightly crazy prop bet, Selbst put up $10,000 at 180-1 odds against Mercier winning three bracelets this summer. She later claimed to have been way too intoxicated when making this wager for the bet to count, but Mercier has no intention of letting her welch on this one.

When he was heads-up for the $10,000 Razz bracelet, those at the Rio in Las Vegas could sense Selbst’s trepidation clear across the country. But Jason lost that match, and she was able to breathe a sigh of relief. Now that he’s in contention again, the sweats, literally and figuratively, are probably back on.

Mercier isn’t the only big name chasing the bracelet in Event #24. Nick Schulman, Bryn Kenney, and John Monnette are also still alive. This event will play down to a winner by end of day on Friday, and will take home $422,874 and a gold bracelet. For Mercier, of course, there’s some extra incentive as well.

One of the best parts of every summer is watching a “kid with a dream,” as Norman Chad would say, accomplish a lifelong goal. 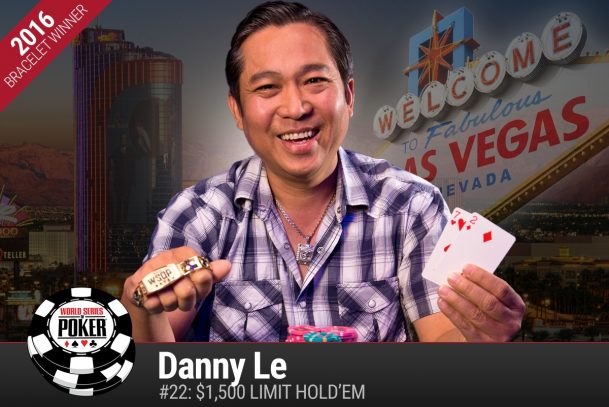 Coming into the event, Le only had two career WSOP cashes, both in 2013. What does he plan on doing with the largest winnings of his career?

“I think I’ll take a vacation to Cancun,” he said.

His heads-up opponent, Scott Farnsworth, had an “oops” moment before the tournament started that he certainly doesn’t regret now. When registering, he thought he was entering a no-limit event. The $116,663 he won should make him feel better about his mistake.

You may recall that last year, Christian Pham accidentally signed up for the 2-7 Single Draw event, which he had zero experience in, and won it. So maybe this is a great strategy. That error earned Pham an $81,000 payday.

What to Look for on Friday

It’s a great tournament every year that brings out some of the legends of the game. Unfortunately, Doyle Brunson said he won’t be participating in 2016. Long days at the poker table aren’t his thing nowadays.

And Event #28, $10,000 Limit Hold’em also gets underway Friday at 3 pm in Las Vegas. Most of the top limit players in the world are expected to compete. This is one of the premier limit hold’em tournaments of the year, so it should make for some great action to follow.

You might want to be more up to date.
Selbst bought out of that bet a few days ago!