WSOP.com to Launch Next Week in Pennsylvania
July 6, 2021 Online Poker

WSOP.com to Launch Next Week in Pennsylvania

The World Series of Poker on Tuesday gave a July 12 launch date for real-money play on WSOP.com in Pennsylvania. Players in the Keystone State will not, however, be able to compete in the current WSOP Online bracelet series. 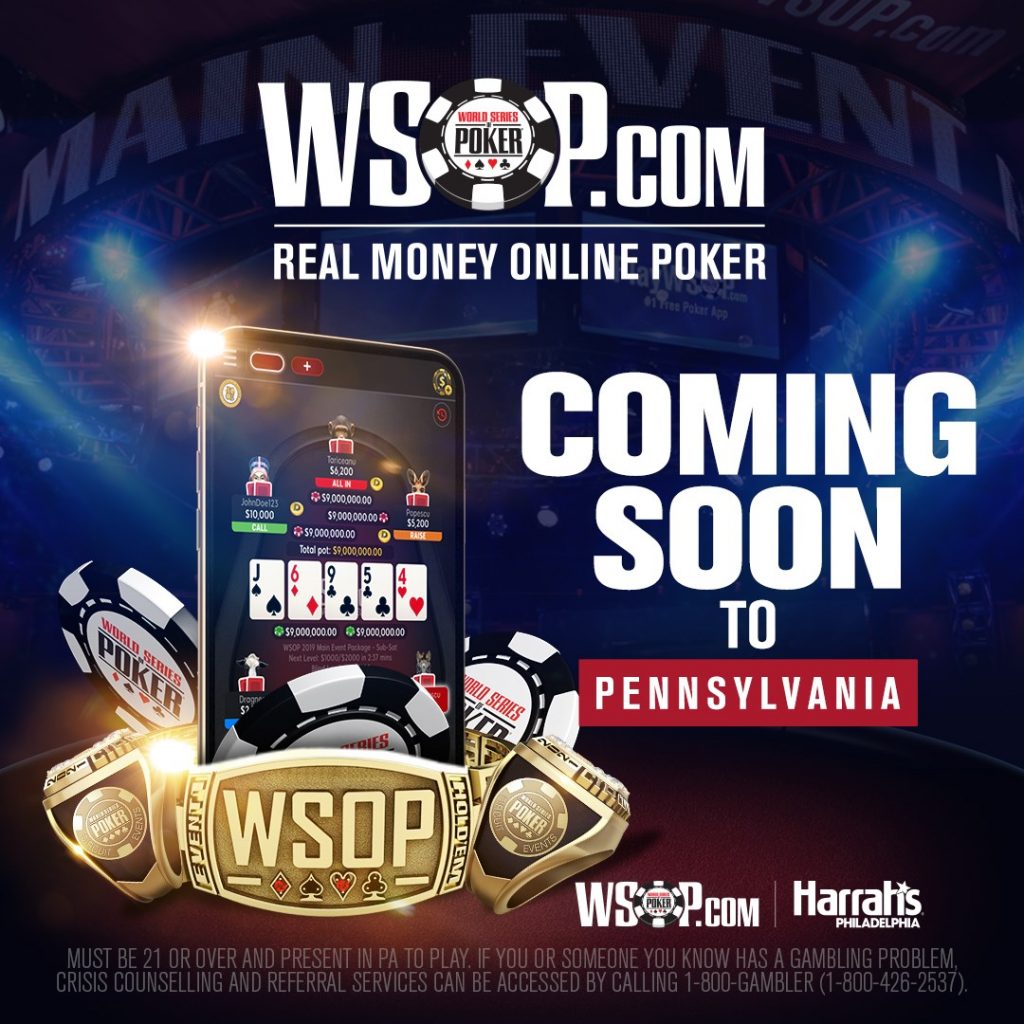 Pennsylvania online poker players will soon be able to play for real money at WSOP.com, but chasing an online bracelet will have to wait for another few months. (Image: Facebook/WSOP.com)

The WSOP announced its expansion into Pennsylvania with a message posted to its Twitter, Facebook, and Instagram accounts, providing the Monday launch date, promising sign-up bonuses, tournament guarantees, and a “new and improved WSOP.com poker client.”

As required by Pennsylvania online gambling laws, WSOP.com has partnered with the Caesars-owned Harrah’s Philadelphia casino. CardsChat News reached out to WSOP spokespeople for further details but hadn’t received a response as of press time.

Some limited information came out through the WSOP’s perennial (but seasonal) social media mouthpiece, Kevin Mathers, who last week announced his own return to the WSOP for this autumn’s live series in Las Vegas.

Mathers confirmed that new WSOP.com players in Pennsylvania won’t be able to play in the WSOP Online bracelet series, which began on July 1.

No, you can’t play this month’s Online Bracelet events. There may be a special series for PA players in the near future though.

Kevmath also confirmed that Pennsylvania players will likely be allowed to join in multi-state online bracelet events at some point, though exactly when remains unknown.

“I would expect it to happen by the end of the year, MAYBE joined by Michigan,” he tweeted in reply to an inquiry.


Currently, only Nevada, New Jersey, and Delaware have a shared liquidity agreement, which allows players in these states to compete against each other for online bracelets. Expansion of shared player pools is expected, however, as more states offer legal online poker and regulations mature to take advantage of a June decision by the DOJ that allows for interstate online poker.

With the launch of WSOP.com in Pennsylvania, players there now have three options for regulated online poker, joining PokerStars PA and the Partypoker US Network, which powers the BetMGM and Borgata Poker brands.

With a population of 12.8 million, Pennsylvania nearly doubles the number of players eligible to play legal online poker on WSOP.com. Michigan has a population of nearly 10 million, but the Caesars-owned online site hasn’t opened there yet. West Virginia legalized all forms of online gambling in 2018, including poker, but with a population of 1.8 million, the state has attracted only casino and sportsbook operators.