The 2020 WSOP Online Bracelet Series is heating up. Through Thursday’s $500 No-Limit Hold’em Turbo event, a total of 16 bracelets have been handed out. The most recent going to Terrell “Heezahustla” Cheatham, who hustled his way to $116,204. 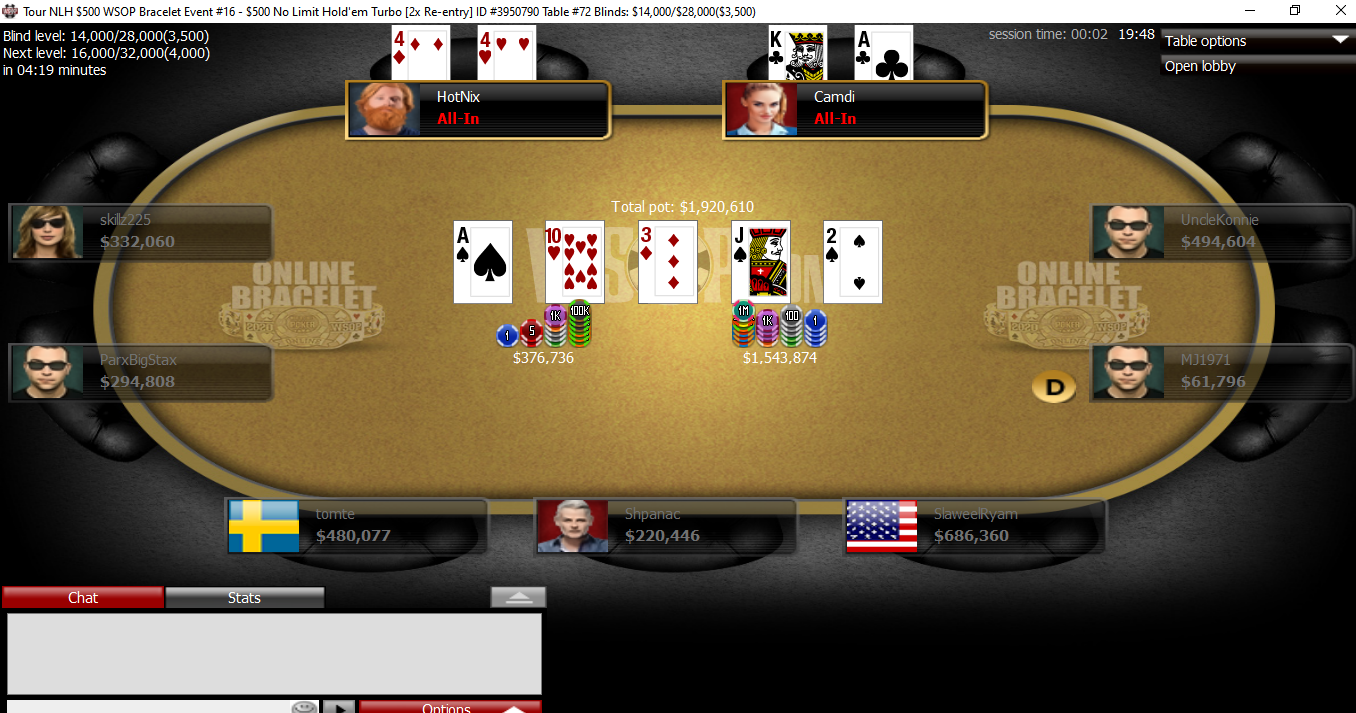 Cheatham won a bunch of money in a short period of time. How does $12,911 per hour of work sound? That was his hourly rate for nine hours of play on Thursday night.

The tournament began at 3 pm PT and was finished around midnight due to the fast-paced structure in place. Blinds increased every eight minutes, forcing players into a shove-or-fold situation late in the game. By the time the tournament was down to its final few tables, the chip leaders had barely more than 30 big blinds and the average stack was under 12 big blinds.

Such has been the case with many of the WSOP Online Bracelet Series events. Fast-paced action has led to short tournaments. But it’s also resulted in less bluffing and more shoving with any decent hand as soon as the money bubble bursts.

Event #16, a rebuy tournament, had a total of 1,528 entries, and 1,044 unique players. One of them was Chris Ferguson (“Camdi”), and he gave his haters a scare that he might win his seventh bracelet.

“Jesus” held the chip lead with under 40 players remaining before running into a cold deck. He was eliminated in 26th place for $3,506.

Although he didn’t ship the bracelet, that was still a better outcome for the former Full Tilt Poker pro than two days earlier when he bubbled the $3,200 No-Limit Hold’em High Roller, won by former WSOP Main Event champ Joe McKeehen.

Everyone Hustled by the Hustla

Cheatham ran all over the competition at the fast-paced turbo hold’em final table on Thursday night.

Daniel Negreanu (“DNegs”) didn’t make the final table, nor did he win his seventh bracelet. He did pick up his sixth small cash of the series, however —  an 86th-place finish for $1,168. Thursday’s bubble boy was Las Vegas grinder Eric Baldwin (“CircleBall”), who was eliminated in 249th place.