The 2017 World Series of Poker Main Event began with 7,221 runners, and after Day 4 action on Sunday, just 297 players remained. Argentina’s Damian Salas is out in front. But hot on his heels is 2016 November Niner Kenny Hallaert, who is eyeing back-to-back Main Event final tables, and 295 others still holding chips and a chair and dreams of winning it all. 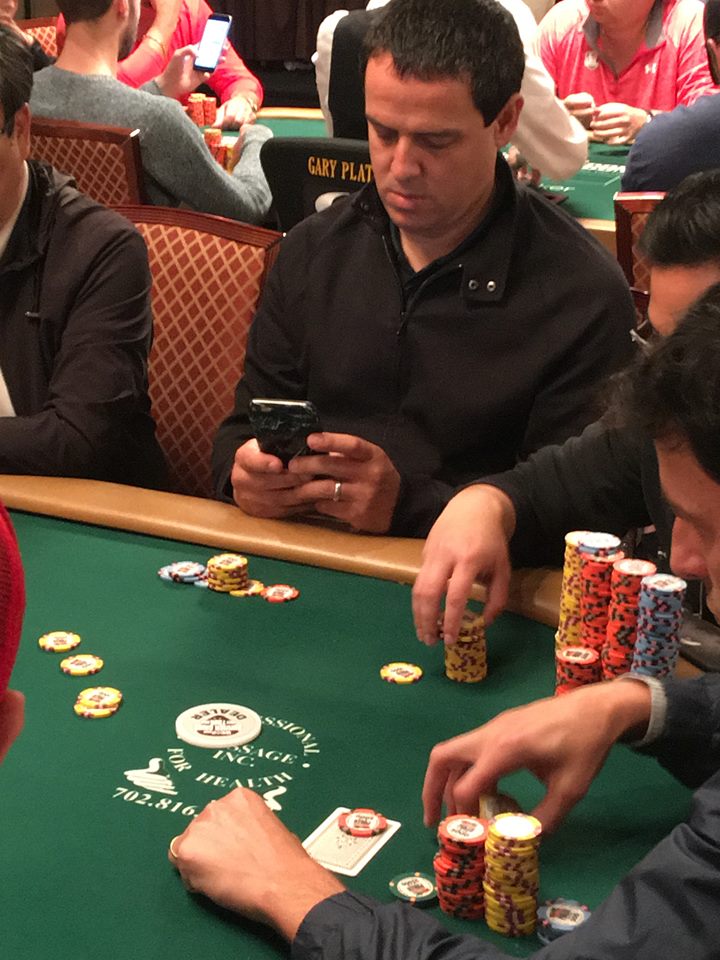 Last year, 35-year-old Kenny Hallaert finished sixth in the WSOP Main Event to win nearly $1.5 million. This summer he cashed eight times with two final table appearances, and now he’s capping it off with another deep run in the Main Event.

Hallaert is looking to join Mark Newhouse as the only player to make back-to-back final tables in the modern era, though he’s trying not to think about that.

“I don’t want to focus too much on going back to back final table,” Hallaert told WSOP officials. “The way to the final table is still so long. We need to play three full days. I can just finish 250th tomorrow, it can happen. I don’t have high hopes just yet.”

Nguyen fell after shoving his last 73,000 from early position holding the A♦7♣ only to have Jesse Decker call from the big blind with the A♠K♦. The 9♦6♠9♣ gave Nguyen some chop outs, but he missed as the 3♦ blanked on the turn followed by the 10♦ on the river. The five-time bracelet winner earned the distinction as last former champ standing in the 2017 WSOP Main Event.

Little One Down to Final 100

When Day 2 started, 93 players needed to fall before the tournament money bubble burst for the top 659. The unfortunate bubble boy ended up being Ozgur Arda, who saw his A♥A♠ cracked by the Q♣Q♥ of Adam Duong after the board ran out K♦J♠9♥Q♠6♠.

Day 3 action will get under way at 2 pm PDT.