At the 2018 World Series of Poker Main Event’s penultimate day, 2009 winner Joe Cada busted in 5th place, giving Florida pro Tony Miles a huge stack that he’d use to take a dominating chip lead with only three players still fighting for the bracelet and an $8.8 million first prize. 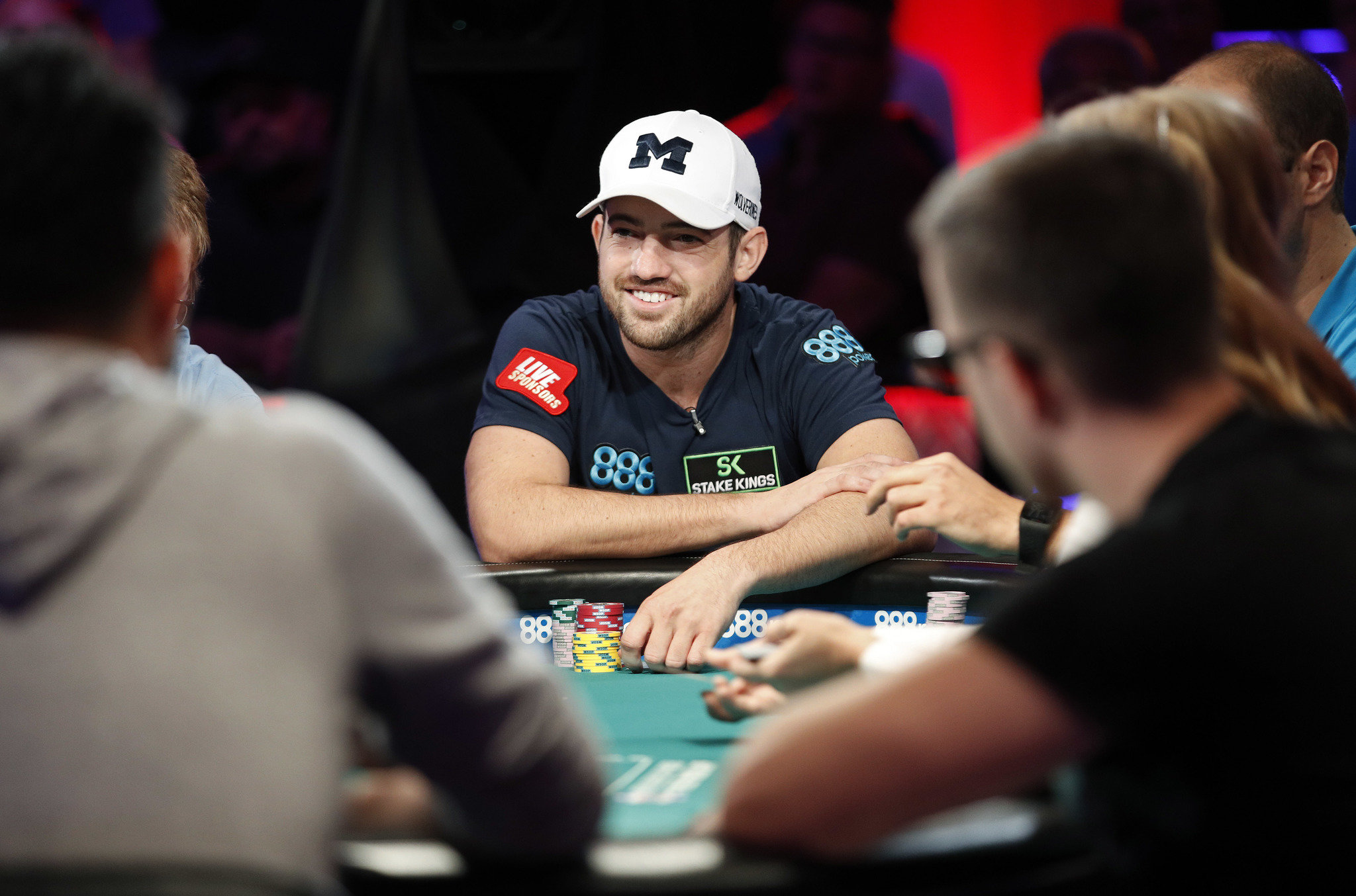 The tournament’s three-handed finale kicks off at 5:30 pm PT on Saturday.

Race for the Ages

In 2009, 21-year-old Joe Cada was just a kid with a dream when he outlasted 6,494 players to become the youngest poker world champion in history — a distinction that still holds, nine WSOPs later.

While Cada’s achievement in ’09 was no doubt impressive, his 2018 run might be even more so, as it marks the first time in the post-Moneymaker era that a past Main Event champion made a second Main Event final table. And Cada would do so the same year he won his 3rd bracelet.

Not surprisingly, Cada quickly became a fan favorite at the Rio and for those watching on ESPN as poker players recognized his potential to achieve legend status before his 31st birthday.

Cada wielded a small or average stack throughout most of the tournament. After Day 1, he had less than one-third his starting stack and then dropped even further early on Day 2. Even at the final table, he never built a large stack. He just kept doing what it takes to survive.

But alas, those dreams would come to an end, as Cada had finally built up a decent stack, just under 100 million chips, and shoved with 10-10, only to get called by Tony Miles’ Ace-King. King on the flop.

As races in poker go, instead of soaring with momentum and a ton of chips, Cada was out. And Miles, who would’ve been left with only 8 big blinds had the coin landed differently, instead will head into Saturday’s final session with a huge chip lead.

Like Cada, Miles had a huge cheering session as he seemed to hit every flop and win every coinflip on Friday. It was a start contrast from Michael Dyer, who walked all over his opponents at the start of the final table to close out Thursday’s session with a commanding chip lead.

Dyer’s lead looked to be potentially insurmountable, particularly as he extended it early on Friday, building his stack to more than 200 million.

But his rungood couldn’t last forever, and late in Friday’s session Dyer dropped two huge pots — one to Miles’ aces-full and another to Nic Manion’s flush — decimating his stack to just 13 percent of what he previously held.

But Dyer did stay alive as players started falling. Aram Zobian would be eliminated in 6th place, followed soon after by Cada in 5th. From there it took several hours before John Cynn, the 11th place finisher in 2016, eliminated Aram Manion, the chip leader entering the final table, with pocket kings against A-10 all-in preflop.

So, here we are, one session away from crowning the 2018 world champion. One player will walk away with $8.8 million and have their lives changed forever. The other two remaining players will go home with $3.75 million or $5 million.

You can catch the action live (on a 30-minute delay) in its entirety on ESPN tonight.

WOWO things changed big time. Cadas run is very impressive consideriing I havent heard much about him since 2009. I remember I was doing a podcast and had never even played poker in 2009 but I was going on and on about..DArvin MOon is what a poker player should be, not a 19 year kid and now Im buying webinars from people like him.

Superb resurgence on the big stage, Joe Cada is still very much a threat these days and this performance shows that..