The 2017 World Series of Poker Circuit wrapped up its latest stop at Harveys Lake Tahoe yesterday, and it proved to be a game changer. Not only did the Main Event attract well, but also the record books had to make room for a player atop the all-time ring list. 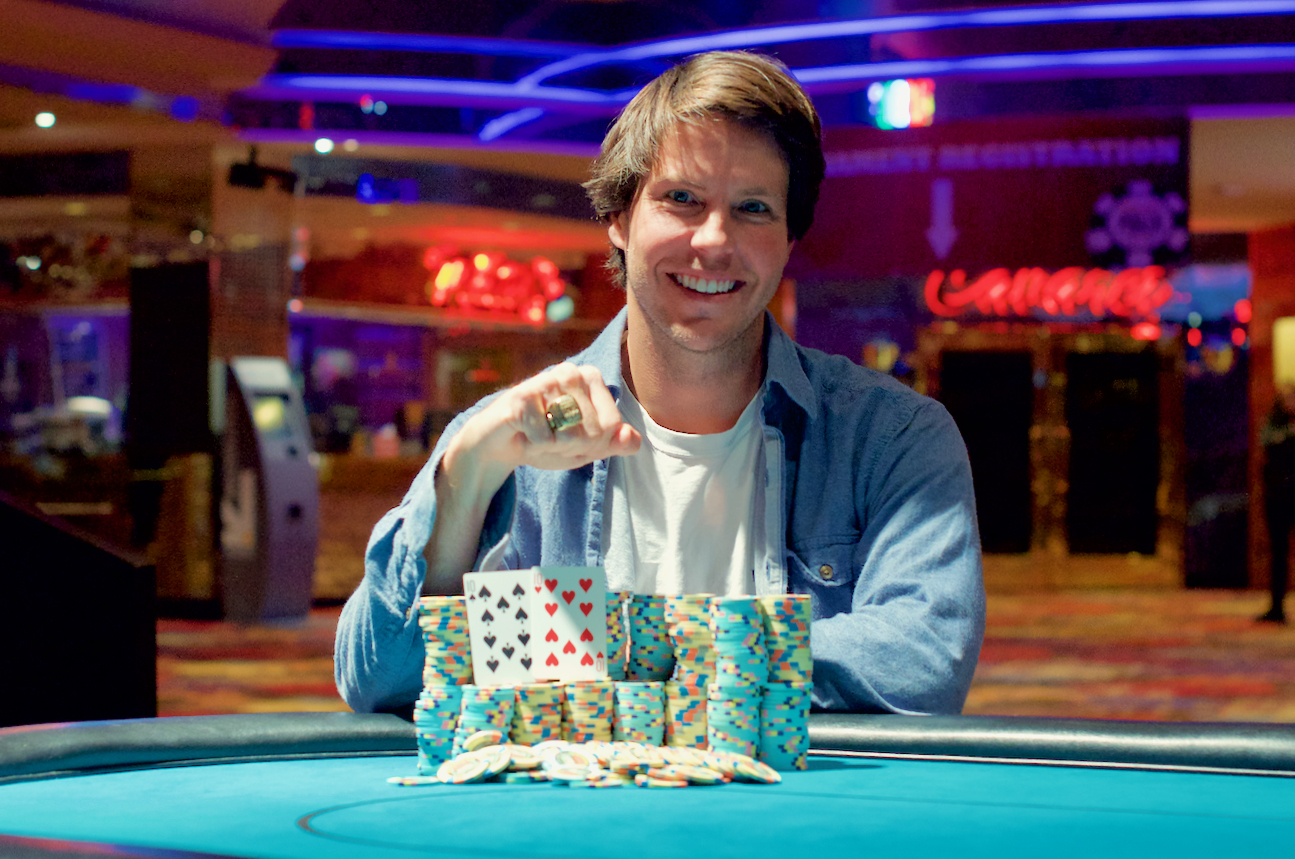 Max Young defeated poker pro James Carroll in heads-up play to walk away with the Main Event title and his second piece of gold. (Image: WSOP)

The WSOP Circuit Harveys Lake Tahoe consisted of a dozen ring events, but the cornerstone tournament was the $1,675 Main Event, which drew 458 entries and created a $687,000 prize pool.

After three days of play, 32-year-old Oregon pro Max Young emerged victorious to win a career-high $147,699 prize and his second gold ring. That helped bring his tournament earnings in the past two years up over $500K.

“I played poker just for fun, just to be social,” Young told WSOP officials. “Some people noticed my game, and they encouraged me to keep working on it. And I have … It’s just been unreal.”

Young, who won his first ring back in January at the West Palm Beach stop, fired just one bullet in the tournament, bagged an average stack on Day 1, and seized the chip lead on Day 2. He made the final table with a big stack and wound up in heads-up play against poker pro James Carroll.

Originally from Romania and now living in San Diego, Vornicu has had success all across the country, except for in Lake Tahoe. That all changed over the weekend.

“I’ve been coming to this stop for six years,” he told WSOP officials after the win, “and I’ve never made a final table. This is literally my worst stop.”

He continued: “Obviously, you want to win tournaments as much as possible. It feels great to be back as number one again. Until, Maurice… this is never going to end. It’s always going to be…” he trailed off. “There are a lot of good players right there with eight or nine.”

Meanwhile, Daniel Lowery also won a ring, cashed three times, and made three final tables, which proved enough to give him Harveys Lake Tahoe Casino Champion honors. Like Young, he was awarded a seat into the season-ending 2018 Global Casino Championship.

The 2017/2018 WSOP Circuit continues this week, with the next stop at Choctaw Durant in Oklahoma.