Yes, a WSOP Flop Included Identical Cards; No, We Aren’t Getting Banned or DQ’d for Telling You About It

A strange incident involving identical cards on the flop during the Million Dollar Bounty event was the result of a faulty deck, according to WSOP Vice President Jack Effel. 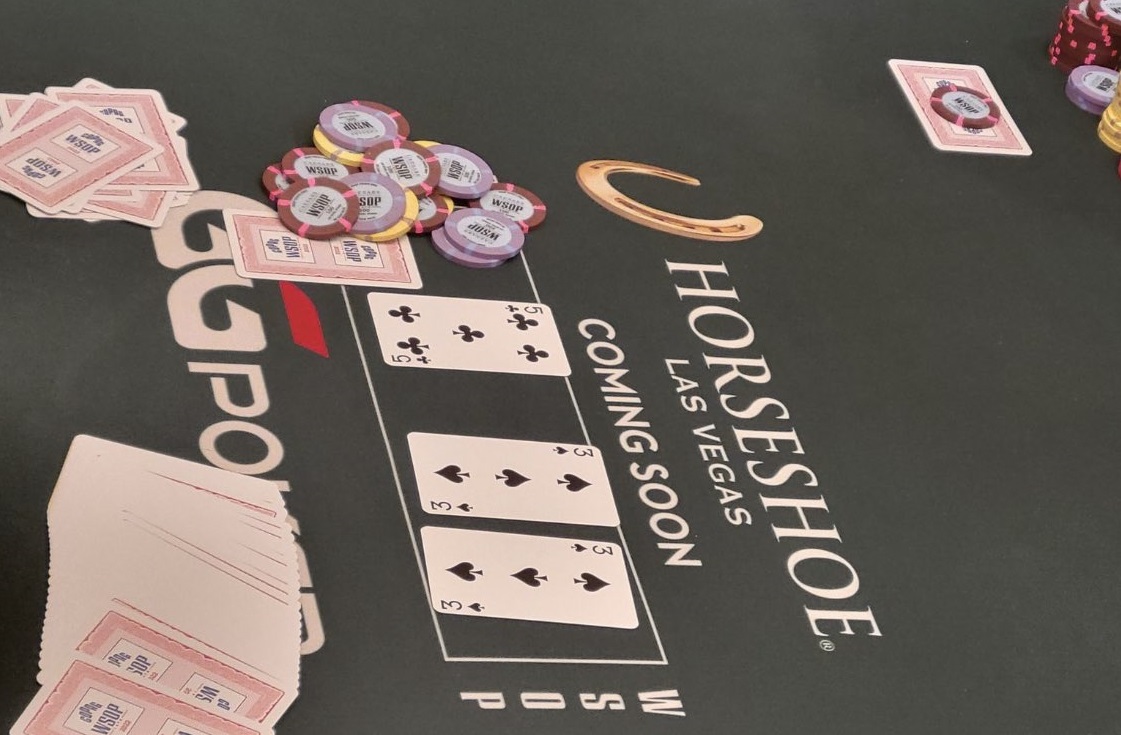 An image of identical cards on the flop during a WSOP event. (Image: Twitter/dougstanktop)

Images of the dodgy deal appeared on Twitter today with a flop clearly showing two 3♠. CardsChat reached out to Effel for an explanation and to clear up rumors that players were threatened with disqualification if they posted images on social media.

Effel told CardsChat that it was an isolated incident caused by a faulty deck that wasn’t checked properly before play began in the $1,000 Million Dollar Bounty event.

Misdeals and faulty decks aren’t uncommon in poker. However, when an incident occurs in one of the WSOP’s marquee events, it’s bound to generate some heat online.

For those who witnessed the two identical cards being dealt, it was worthy of posting an image online. However, the major talking point was the alleged reaction from a member of the WSOP’s floor team.

It has escalated to tournament wide announcement and barred from all Caesar’s properties.

This is not a bit.

According to Christopher DeMaci, a “floor woman at the WSOP” threatened to disqualify players from the tournament if they posted a photo of the misdealt flop. He followed up by saying that a subsequent announcement told players they would be “barred from all Caesars’ properties” if pictures were taken. 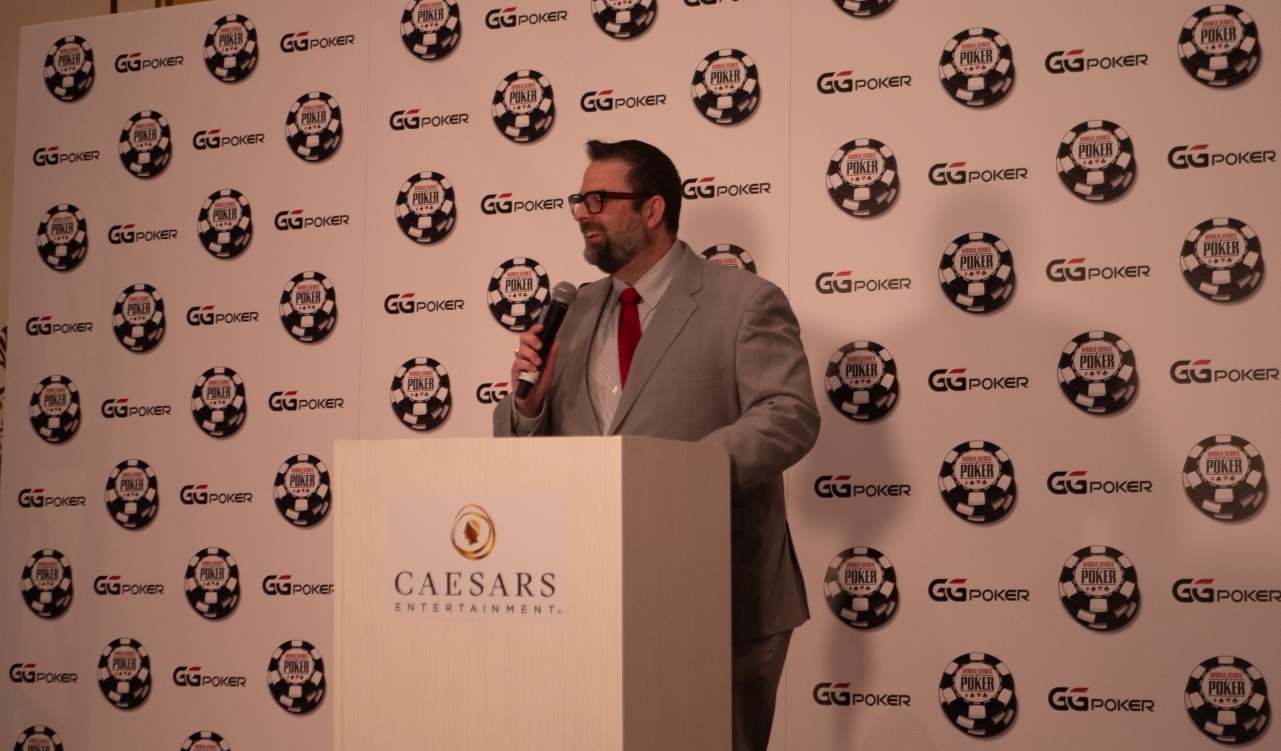 WSOP Vice President Jack Effel confirmed that a rogue card in the Million Dollar Bounty event was the result of a faulty deck. (Image: Chris Wallace/CardsChat)

Dozens of players jumped on the tweet and, in seeming defiance of the ruling, posted pictures of the two identical cards. The comments that followed focused just as much on the rumor that players were facing disqualification as the cards.

only if it's a photo of a fouled hand, obviously enough I'd hope. Not that this makes their announcement or threat even remotely sane, but I mean, it's fucked up enough on its own that we don't need to lie about it.

The assumption among those discussing the incident was that anyone taking pictures and posting them on social media would be blacklisted from the WSOP. The reality, however, was slightly different, according to Effel.

He told us that two 3♠ had appeared on the flop, but his team handled it quickly and without affecting the tournament as a whole.

“Yesterday’s incident resulted from a faulty deck that wasn’t properly verified, but the issue was quickly remedied. All of our dealers know the correct procedures for verifying a deck before dealing the first card,” Effel told CardsChat.

No threats of disqualification or banning players

As for the alleged threats of disqualification, that turned out to be a misinterpretation of the WSOP’s rules that spiraled out of control on social media.

“No one in the Million Dollar Bounty Event area was threatened with a disqualification in relation to this occurrence” Effel continued.

Any communication from a member of the floor would have been in relation to existing rules regarding the use of smartphones and cameras at the WSOP.

“WSOP tournament rule 64.b limits the use of electronic devices by participants without an official media credential, and that was reiterated in the playing area,” Effel explained.

An extra card in the deck can certainly be a cause for alarm, especially in a WSOP event with a $1 million bounty. However, when the dust settled and a ruling from the top was made, it turns out that the misunderstanding was nothing more than crossed wires.