WSOP Hall of Fame 2016 is Open for Business 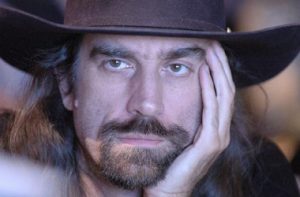 The 2016 World Series of Poker (WSOP) Hall of Fame is officially open which means you can now submit your nominations for poker’s most deserving players.

As ever, the WSOP Hall of Fame has a strict set of rules you’ll have to follow if you want to submit a valid entry.

Listed on the official voting website, the main checklist of points you’ll need to take into account when offering up a potential Hall of Famer is as follows:

For any nominations that don’t involve a player and, instead, focus on an industry member such as a tournament director, online poker site founder, media member etc, the WSOP is looking for someone with the following attributes:

The person must have contributed to the overall growth of the poker industry “with indelible, positive and lasting results.”

After adding up the nominations, the WSOP will pick out the ten most popular players and/or industry members and submit them to the official WSOP Hall of Fame Governing Council.

Made up of WSOP staff and industry experts, the council will review the top ten nominees before a blue-ribbon panel of judges, including surviving Hall of Fame members, cast their votes.

The two players with the most support from the final judges will earn a place in the WSOP Hall of Fame and take part in a special induction ceremony just before the final table of the WSOP Main Event.

As is often the case, there are plenty of players who are worthy of a place among the game’s greats. Last year’s finalists, such as Dave Ulliott, Carlos Mortensen, and Max Pescatori, are certainly in with a chance of making it to the final round of judging again this year.

A Nomination for the Brave Returners?

There’s also the chance that Chris Ferguson and Howard Lederer are canvassing for votes at this year’s WSOP. The former Full Tilt bosses made a surprise return to the WSOP this year and have been seen sheepishly riffling chips inside the Rio ever since.

Now, some would suspect they’ve risked a public tongue lashing in order to win a bracelet, but there’s a possibility that they are trying to remind the world of their poker skills in a bid to earn shock nominations in this year’s WSOP Hall of Fame.

While we’d be the last to try and persuade you to nominate either player, Ferguson could certainly be worthy of a place thanks to his consistent clothing policy (we’re not sure if his outfit has changed since 2005).

As for Lederer, he does still appear to take an impressive amount of time to make a decision at the poker table, but some would say this may have been a skill better utilized before he decided to make a comeback at the 2016 WSOP.

nah both disqualified forever IMO, no respect for credentials as a thief

•A player must have a consistent track record with credentials that are respected by the poker community.

Yeah…I think this bit puts them out of the running too:

“The person must have contributed to the overall growth of the poker industry ‘with indelible, positive and lasting results.'” 😮 :p

Lederer and Ferguson should be going to jail, not the hall of fame. I think they should both be disqualified forever. They should never be aloud in for what they did. Yes, Black Friday overshadows all of their previous accomplishments.