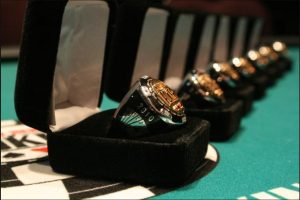 The WSOP adds six new stops to its international schedule in a bid to keep pace with its competitors. (Image: WSOP.com)

The World Series of Poker (WSOP) has added six new stops to its international tour, taking the number of non-US events to 14.

As part of its ongoing effort to increase its global footprint, the WSOP recently announced a selection of new stops.

Although its Circuit events aren’t quite as prestigious as the annual WSOP in Vegas, the tour has grown in stature over the last decade.

More Ways to Win a Ring

Today, players in the US and beyond can not only compete for a Circuit ring, but a place in a $10,000 rake free season finale with $1 million added to the prizepool.

In line with the recent evolution of the tour, the WSOP will now be travelling to six additional international destinations, including:

Aside from giving players more ways to win a WSOP ring and play for big money, the organization’s decision to restructure and add more events to the roster is a way of keeping up with PokerStars.

Earlier this year, PokerStars announced the dissolution of the European Poker Tour (EPT) in favor of a new system.

Known as Championship and Festival events, the new tours are designed to offer players at both ends of the spectrum a place to play.

For those used to $5,000+ tournaments, Championship events will follow a similar format to the old EPTs, while Festivals will cater to low stakes players (buy-ins max out at $1,500).

By dividing its tournament interests in this way, PokerStars is not only reacting to the current state of the poker market, but giving itself the ability to offer more tournaments around the world. Instead of trying to host 50+ tournaments in a single festival, PokerStars can now spread its resources and offer a more tailored schedule.

To compete with this, the WSOP has undergone a similar restructuring with its Circuit events. The domestic schedule in the US is still the busiest with 22 stops around the country. But, to ensure it doesn’t fall too far behind events like PokerStars’ Festival (which has stops in New Jersey and London), it’s now offering a selection of international stops.

The poker market has developed a clear divide over the last few years and operators are now responding to it. Instead of cramming high stakes and low stakes events into a single festival, the likes of the WSOP and PokerStars are now able to offer more value by keeping the two markets apart.

This strategy ties in nicely with the new “casual player” focus that online poker sites are now adopting and should, in theory, encourage more people to ante-up in the live arena.