Hanh Tran took down Event #3, €550 Pot-Limit Omaha, at WSOP Europe for €59,625. It was his second bracelet of the year, putting him in some exclusive company of multiple bracelet winners. 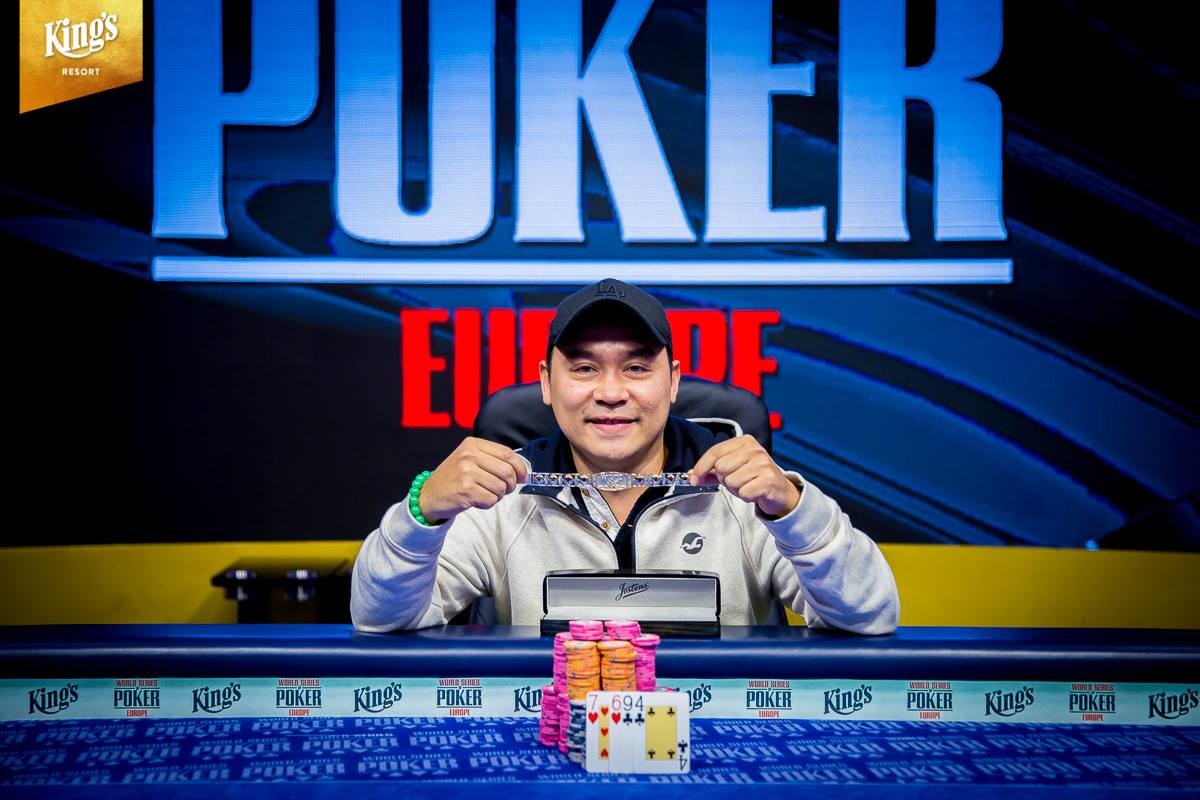 Another event, the €1,500 Monster Stack, got underway Thursday with the first of two Day One flights. Quan Zhou, a Chinese player, finished the first session with the chip lead.

The 2018 World Series of Poker is almost over, with just six remaining opportunities to win a bracelet.

Most poker players dream of winning just one WSOP gold bracelet in their lifetime. Heck, Dan Smith, for example, is still bracelet-less, and he’s one of the top high stakes players in the world.

Hanh Tran, who resides in Austria, beat Smith to the jewelry, and he’s now done it twice…in the same year. In Las Vegas this past summer, he shipped the $1,500 Limit 2-7 Lowball Triple Draw event for $117,282. But he didn’t stop there.

On Thursday, he outlasted 572 players in the €550 PLO tournament in Rozvadov, Czech Republic to win another bracelet. Not bad for a guy with two WSOP cashes prior to this year – both for under $10,000 in 2014.

Tran doesn’t have any other major tournament wins, although he does have almost $565,000 in career earnings. That includes a $44,000 award for winning the 2013 Mega Poker Series Main Event in Madrid, Spain, and a few other solid cashes.

With his second WSOP title of 2018, he joins a talented group of this year’s multiple bracelet winners. The list of five also includes Shaun Deeb, John Hennigan, Joe Cada, and Justin Bonomo.

Deeb has the 2018 WSOP Player of the Year on lock down. Cada is the 2009 world champion. Hennigan was inducted into the Poker Hall of Fame in July. And Bonomo is poker’s all-time winningest tournament player. That’s some impressive company to join.

Mykhailo Gutyi also took down a WSOP Europe at King’s Casino. His bracelet came in the €1,100 No-Limit Hold’em Turbo Bounty, a fast-paced event. Luck is an even bigger factor in a tournament such as this as the blinds get big quickly.

Gutyi now has over $337,000 in career tournament earnings. That puts him at 27th all-time in Ukraine’s history. He has a long way to go to catch the leader, Eugene Katchalov whose cashes exceed $9.2 million.

wow, it’s really pleasure that Ukraine have such strong players as Mychailo i hope that in nearest future more ukrainians will participate in such big poker events like WSOP, and poker will become more popular in Ukraine

to win those bracelets, the concentration and focus must be maximum .. and not only in tournaments, he also did a great job in cashgames .. so, it seems that a great player has joined this year’s winning club, it will be interesting see some hands of this champion.