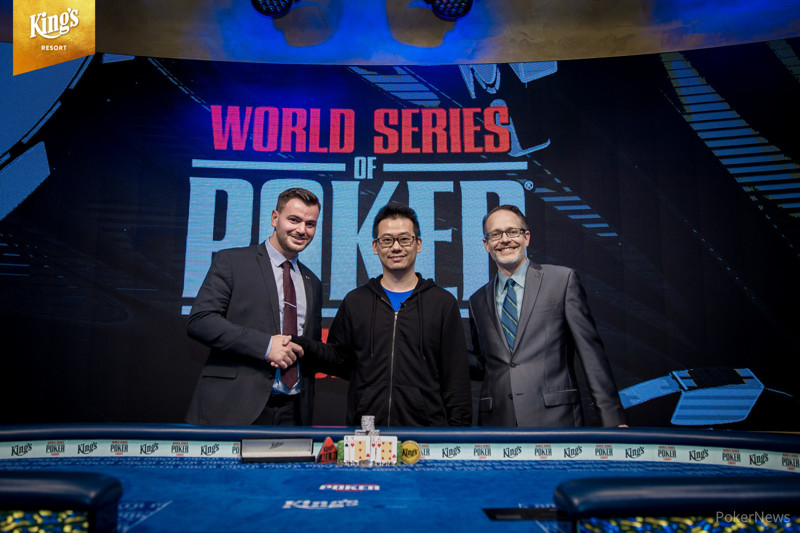 It’s high roller weekend as the €25k ends on Thursday and then, on Friday, the €100,000 Super High Roller kicks off. Most noteworthy, the €10,350 Main Event begins on Saturday with the first of two Day One sessions. Players are eligible to enter a second time if they bust on Day 1A.

WSOP Europe has been short on excitement thus far. With small player fields in most events and few big name pros running deep in the tournaments, there hasn’t been much discussion about the series on social media. But that might change this weekend as the action heats up.

Tsang came to King’s Casino in Rozvadov never having cashed in a World Series of Poker tournament. He picked up two small cashes through the first five events, his only WSOP cashes. And then, on Wednesday, the Hong Kong native won a bracelet in €2,200 PLO, outlasting 187 players.

As is usually the case in a WSOP Europe event, the final table had quite the international flare. There were players from five different countries. But no country was better represented than China – three players including the champion.

Players come from all over the world, mostly Europe and Asia, to compete in the European portion of the World Series of Poker.

Quan Zhou, also from China, may have been the most talented player at the final table. He has nearly $2 million in tournament winnings, good for sixth all-time in China’s history. It might take him years, or a couple of Super High Roller titles, to catch the leader Elton Tsang who has nearly $13 million in earnings.

The low-stakes action at King’s Casino is now complete. That means it’s time for many of the top high stakes players to join the action.

On Wednesday, Event #8, €25,500 Super High Roller Series 25K kicked off with 133 entries. Michael Adamo made it through Day One with the chip lead.

Kristen Bicknell, Adrian Mateos, Ryan Riess, and Liv Boeree were among the 49 who survived a grueling first session.

WSOP Main Event champion John Cynn made an appearance in this high roller tournament. Unfortunately, for the reigning world champ, he was unable to find a bag on Day One.