What began with 21,613 entrants over six starting flights late last week was down to the final nine on Tuesday. After an intense final table battle, 30-year-old Ben Keeline, a regular on various poker circuits, emerged victorious in Event #2: Colossus II. 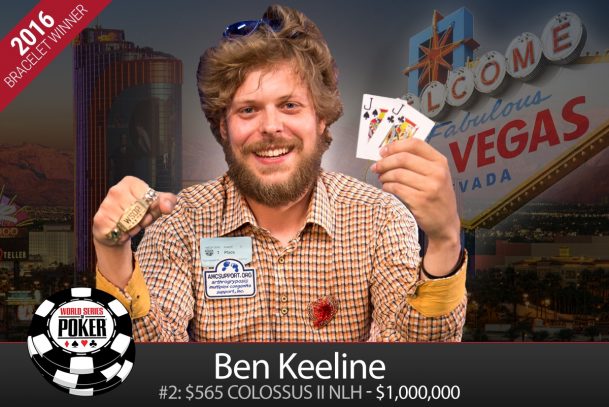 Ben Keeline of Illinois took home a cool million, and proved you can win with pocket Jacks after all, in this year’s Colossus II. (Image: WSOP.com)

It was the second-largest live poker tournament in history, and Illinois native Keeline captured his first gold bracelet and a life-changing $1 million first-place prize, which nearly tripled his pre-event lifetime earnings of $574,323.

“I’ve had a really hard time lately,” Keeline told WSOP officials after the win. “I’m elated. I can’t even think about what this means, not just the money, but the gold bracelet.

“This is something I could not have imagined would happen just a few days ago. Sure, I thought it could happen and I thought I could win if I played well, but to have it go the way it went, well – that’s more than I can express how I feel right now. It’s going to take some time for this to all sink in.”

Keeline’s win came after an intense back-and-forth heads-up battle against the Czech Republic’s Jiri Horak, who took home $618,000 for his second-place performance. 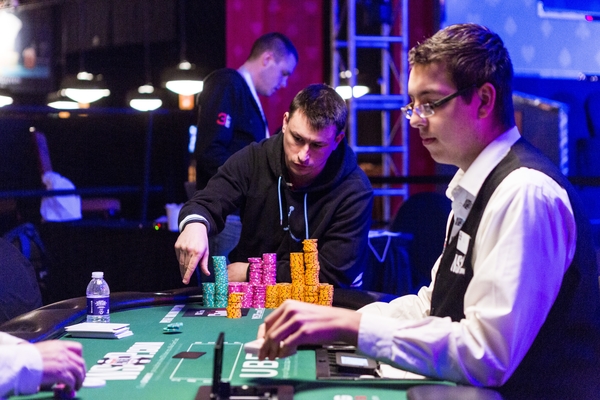 After Paul Volpe fell in fourth for $33,393 in a round of Razz, Andrew Brown was the sole bracelet winner remaining. However, his experience didn’t pay off, as Lawrence Berg, who would advance to heads-up play with a hefty chip lead over China’s Yueqi Zhu, ousted him in third.

In the final hand of the tournament, Berg made a nut straight to the eight and a low to scoop an Omaha Hi-Lo hand. Zhu took home $77,526 for his runner-up finish, while Berg collected $125,466 in prize money and his first gold bracelet.

The third and final day of play for this event will kick off at noon Pacific time on Wednesday.

On Tuesday, Event #7, the $1,500 NL 2-7 Draw Lowball, saw 52 of 279 players return for Day Two action, which meant 10 players needed to fall before the money was reached. Once WSOP rookie Dzmitry Urbanovich fell in 43rd place to the legendary Jennifer Harman to burst the bubble, the in-the-money finishes began to mount.

Day 2 will kick off at Noon local time in the Amazon Room.

Always one of the more entertaining events on the WSOP schedule, Event #9, the $10,000 Heads-Up Championship, saw 153 players take to the felt, looking to make it to the Round of 32. Here are some matches set for Wednesday’s round:

The remaining 32 players will return at noon local time on Wednesday, and will play through to the money at the final 16.