For WSOP Day Seven, the action is heating up in Colossus, and another gold bracelet has been handed down.

The Colossus may be (for better or for worse) the talk of the World Series of Poker, but there are now a plethora of tournaments underway at the Rio. In fact, one tournament that started after The Colossus has already finished up: the brand-new $1,000 Hyper Hold’em event that moved forward at a record pace. 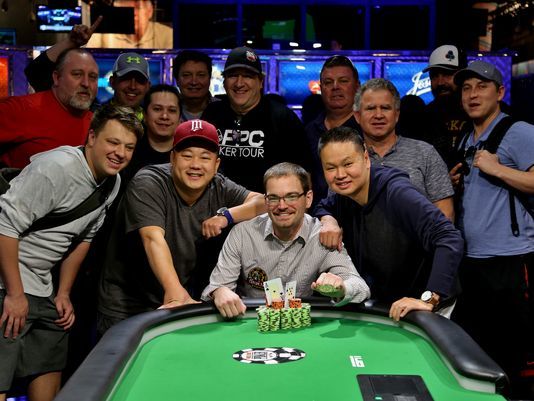 Minnesotan John Reading took down the Hyper Holdem in record time, living up to its name. (Image: Tim Fiorvanti / BLUFF.com)

The Hyper Hold’em tournament was certainly different for the WSOP.

While most tournaments at the World Series take an hour or more to play each level, this event saw the first day of play whiz by in 20-minute increments, a pace more often seen in small-stakes daily tournaments at a local casino than in the largest poker festival on the planet.

The pace was so fast, in fact, that it took just one day for 1,436 players to reach the final table, and just 48 hands to go from nine players down to one. In the end, the victory went to John Reading, who took home both $252,068 and his first WSOP bracelet.

Reading, who had already won a WSOP Circuit ring earlier this year in Council Bluffs, Iowa, credited both luck and experience for his victory.

“You’ve got to run good, that’s for sure,” Reading told WSOP.com. “I’m not results oriented. But playing similar structures online for a long time really helped me in this tournament, there’s no doubt about that.” 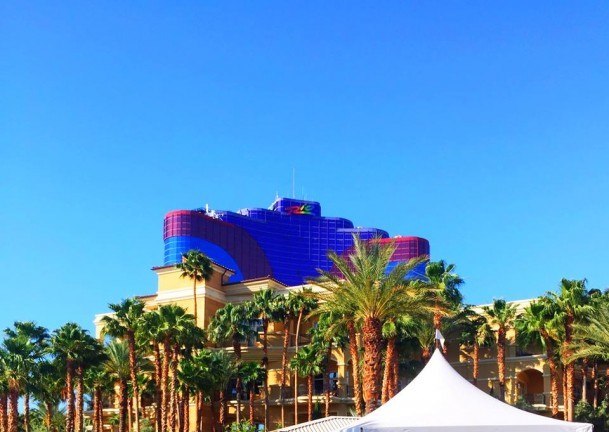 It will be another action-packed day at the Rio in Las Vegas, Nevada, as WSOP Day Seven gets underway. (Image: CardsChat.com exclusive)

The Colossus may be the largest tournament in live poker history, but starting with Day 2, it began to resemble any other large-field WSOP tournament. And now that the event has moved into the final stages, the remaining players are all closing in on the dream of winning a WSOP bracelet.

With just 39 players remaining, everyone left in the Colossus has already clinched a prize of more than $23,000, with the eventual winner taking home $638,880.

Leading the way is four-time WSOP Circuit ring winner Ray Henson, who has accumulated more than 7.4 million in chips.

For awhile on Day 3, there was a big name at the top of the leaderboard, as tournament pro Dan O’Brien had the chip lead and looked like he might threaten to win his first WSOP bracelet. But he was eliminated in 108th place, taking home a prize of $8,155.

Still, a few recognizable names have navigated through the 22,000-player+ field to make it to Day 4. Bracelet winner Mike Leah is still in the field at start of day, as is Ryan Laplante, who is notable not only for being an experienced poker pro, but also as a prominent critic of how the WSOP handled the Colossus payout structure.

Laplante is also a CardsChat.com forum member who will be representing as a Team CardsChat player in the upcoming Little One for One Drop on June 30.

But if you want to watch the stars of poker do battle at a final table, there’s no better place to look than the high-stakes tournaments that play games other than Hold’em. The $10,000 Limit Deuce-to-Seven Triple Draw Championship is down to just seven players at day’s beginning, several of whom should be well-known to those who closely follow the world of poker.

Among the final competitors are Rep Porter, Phil Galfond, and Calvin Anderson. Others who cashed by reaching the top 12 include Greg Mueller, Mark Gregorich, and Paul Volpe.

The clear chip leader, however, is Tuan Le, who is looking to win this event for the second consecutive year. That would be an incredible feat considering the strength of the tournaments, even when you take the small fields (only 109 played in the tournament this year) into account.

The Deuce-to-Seven Triple Draw Championship is expected to wrap up on Tuesday, with the winner claiming a prize of $322,756.

In lower-stakes action, two more $1,500 buy-in tournaments began on Monday, each in variants that aren’t commonly spread in tournament formats.

First, there was the Pot-Limit Hold’em tournament, which drew 639 entrants. Michael Rocco has jumped out to the early chip lead with 108 players remaining, while Antonio Esfandiari, Jonathan Duhamel, and Joe Cada are among the many luminaries still in contention.

Later in the day, 462 players decided to take their chances in the $1,500 Razz event, one of the most maligned of poker formats. At the end of Day 1, Alexander Kuzmin was atop the standings, with players including David Baker (“ODB”), Max Pescatori, and actor James Woods not far behind.

With four tournaments continuing on Tuesday, it would be easy to get overwhelmed while trying to keep up with all of the action. And to make it even more difficult, there will be two more events starting up throughout the day, including one of the more prestigious events of the WSOP calendar.

The $10,000 Heads Up No Limit Hold’em Championship begins at noon, and will see many of the world’s top players registering for the chance to prove they are the top heads-up player in the world. This event is single elimination, so the order of the day is similar to what you hear in the NCAA Basketball Tournament: survive and advance.

Less prominent will be the $1,500 Limit Hold’em tournament that begins at 4 pm Pacific Time. We’re only about a decade off from when Limit Hold’em was the most popular cash game format in the world, but it has never been particularly popular in tournaments. Still, it’s a game that just about everyone knows how to play, which means there should be a reasonably big field for the event.