As we move into Day Eight of WSOP 2015, with one week down, six to go, we’re already seeing the power of the poker pro at work.

Let’s face it: winning one World Series of Poker bracelet is a thrilling experience, and winning multiple bracelets immediately puts you into the upper echelon of poker players. Winning the same WSOP tournament two years in a row, however, is an accomplishment only a handful of players will ever achieve, and now Tuan Le has that bragging right. 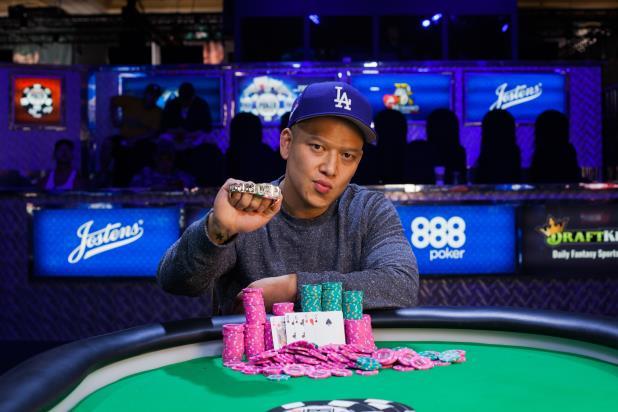 Le accomplished that feat on Tuesday, winning the $10,000 buy-in Deuce-to-Seven Triple Draw Lowball Championship to claim that event for the second consecutive year. These are the only two bracelets Le, primarily a cash game professional, has ever won at the WSOP.

In order to claim his bracelet (and the $322,756 that came with it), Le had to battle through a very tough final table that included bracelet winners Calvin Anderson, Phil Galfond, and Rep Porter. In heads up play, Le contended with Max Casal, a tough opponent for Le considering the two play together regularly at the Commerce Casino in California.

In the end, though, it was Le who emerged on top. According to him, winning the second title was an even bigger accomplishment than taking home his first bracelet last year.

“This year’s victory is like ten times as big as last year,” Le told WSOP.com. “When you defend a title, that’s a totally different ball game. It’s a statement. Anyone can get a rush one time and win, but to do it again makes a statement.”

Sweet 16 Reached in Heads Up Championship

The $10,000 Heads Up No Limit Hold’em Championship is the closest thing the WSOP has to March Madness, as many of the world’s top heads-up players meet in a single elimination, bracket-style competition. This year, 143 entrants jumped into the head-to-head contest, and by the end of Tuesday’s first day of play, only the final 16 were remaining. 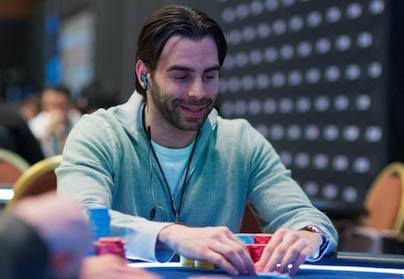 Wednesday’s Heads Up match between Olivier Busquet, pictured here, and fellow pro JC Tran will be much anticipated. (Image: pokertube.com)

There are a number of popular players still alive for the title, including George Danzer, Max Silver, and Paul Volpe. But the most exciting matchup of the round of 16 may be the battle between Olivier Busquet and JC Tran, who combined have won more than $18 million in their tournament careers.

From over 22,000 players who began the tournament, the Colossus is now down to its final table of nine, albeit one day later than originally scheduled due to the massive entry field. The leader is Aditya Prasetyo, who has 39.3 million in chips, or more than double anyone else in the tournament.

The final table includes some players with previous WSOP experience, but is light on notables (though Prasetyo has two WSOP Circuit rings, and short stack Ray Henson has four). That’s probably just the way the WSOP wants it, though: Colossus was designed with recreational players in mind, so having a well-known professional take home the title might be out of line with what the tournament was meant to accomplish.

Everyone at the Colossus final table has clinched at least $67,681 in prize money, while the winner will receive $638,880.

There are three $1,500 level events underway simultaneously at the moment, each of which drew a reasonable field and attracted some top players looking to take a shot at an early bracelet this summer.

First, there is the $1,500 Pot Limit Hold’em event, which is down to its final 15 players and should end on Wednesday. David Eldridge holds the chip lead in a field that still contains Tom Marchese and Tristan Wade, with a $189,818 top prize on the line.

Also likely to wrap up on Wednesday is the $1,500 Razz tournament. Only 19 players are still in contention for the $155,947 that will go to first place; Chris George is the leader, but Eli Elezra, Bart Hanson, Cyndy Violette, and Max Pescatori all among those who will be attempting to chase him down on the final day of play.

At least three events should end today, including the Colossus, meaning there will be plenty of big winners to report tomorrow. But the action never really stops at the WSOP, and there will be two more tournaments beginning on Wednesday.

The first, starting at noon PT, is the $1,500 Six-Handed No Limit Hold’em event. This is a popular tournament for pros and amateurs alike, as the six-handed format allows for much more action than the standard nine-handed tables seen in most no limit events.

Later on in the day is an event that should draw a smaller but tougher field: the $2,500 Omaha/Seven Card Stud Hi/Lo tournament. This contest is the first mixed game tournament on the docket, but it is far from the last, and it also marks the first appearance of Seven-Card Stud in the 2015 WSOP, a game that will feature in most mixed game formats throughout the World Series, but only stars in four events of its own (two high, two hi/lo) this summer.