WSOP Day 26 Recap: Todd Brunson Channels His Inner Doyle, Phillip McAllister Wins a Shootout, and Our Own Holloway Does Us Proud

WSOP Day 26 saw a famous pedigree move up in an event, and a Brit took down a Shootout. But let’s get down to details.

Probably the premier family dynasty in poker is the one bearing the name “Brunson.” and yesterday, one of the progeny of that famous name was in contention for a bracelet. We’re talking about Doyle’s son, Todd Brunson, obviously long an accomplished player in his own right. 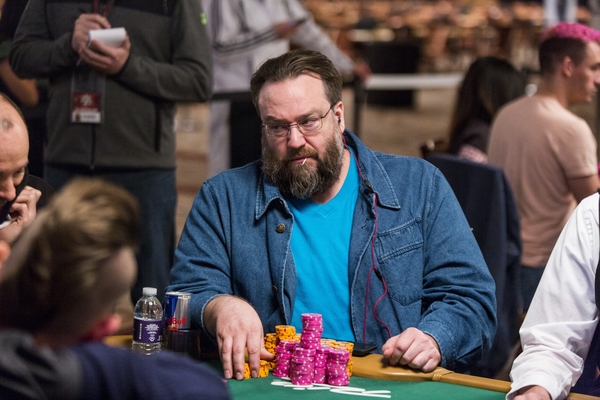 Todd Brunson ended Sunday in the #3 spot in Event #43, the $10,000 Seven-Card Stud Hi-Low Split-8 or Better championship. Play resumes Monday at 2 pm, and should go until there’s a winner. (Image: pokerphotoarchive.com)

The younger Brunson could possibly be one day away from his second career bracelet, and his first since 2005. But he’s going to need to run like a champion marathoner on Monday or that dream will die.

Todd Brunson spent part of the day Sunday with the chip lead, but Bonomo and George Danzer were able to finish the evening stronger. In order to take home the gold, he’ll need another day of “incinerating faces”: his term for busting another player.

The remaining field is stacked with familiar faces from the old-school poker boom era. Along with Brunson, top pros Eli Elezra, David Benyamine, and David Grey still have chips. It almost feels like we hopped in Doc Brown’s time machine in Back to the Future to visit the year 2005.

For once, a news report about a shootout doesn’t involve anything to do with a firearms controversy. Event #42, the $3,000 Shootout No-Limit Hold’em, went to Phillip McAllister from the United Kingdom, a country that’s been much in the news the past few days following its Brexit referendum. 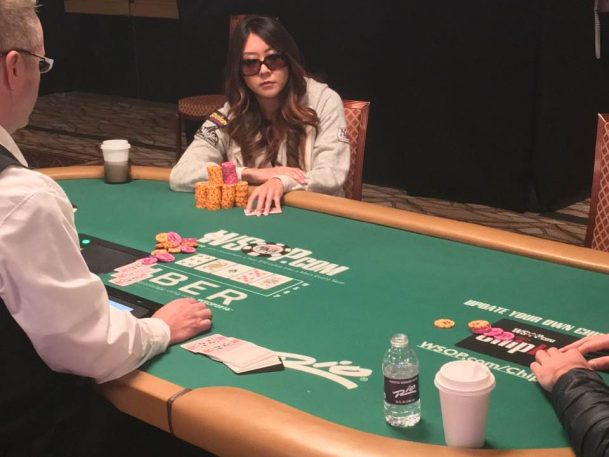 McAllister defeated Kyle Montgomery to win the tournament, the first bracelet of his career. He’s only cashed seven times at the WSOP to date, and took home $267,720 for his victory.

In doing so, McAllister outlasted some big name pros on the tournament’s third and final day. Faraz Jaka came back to the Rio on Monday with the chip lead.

But he couldn’t get anything going and busted out in 9th. Another popular pro, Maria Ho, was sent to the payout line in 4th place.

CardsChat writer Chad Holloway proved he knows what he’s writing about on Day Two of Event #41, the $1,500 Monster Stack No-Limit Hold’em championship. Holloway, who is also the Mid-States Poker Tour media director, started the day with around 35,000 chips. He left the Rio 6th in chips at 937.

There are 276 players remaining in this event, with two more days of play. A whopping 6,927 players entered the tournament initially. Holloway built his stack throughout the day, but made a push for the top of the leaderboard late in the day, after picking up pocket jacks in back-to-back hands. Hard as it is for so many of us to grasp, but sometimes “hooks” actually do win.

After busting a player with that hand, he looked down at the same cards the very next one against an unknown opponent. Holloway raised to 23,000 under the gun. The big blind shoved all-in for 180,000, and Holloway made the call with J♥J♦. His opponent flipped over A♣9♠.

The board ran out J♠4♦2♥7♣8♠, giving Holloway a set of jacks and his opponent ace-high. The hand put Chad at over 900,000 chips. He’s now a strong challenger for the bracelet (in the #6 spot at start of play Monday) and the $1,120,196 first place prize. Needless to say, we’ll be watching and cheering for our colleague in this one.

But it was “Hail Britannia” once more in this event on Sunday, as the UK’s Nabil Mohamed ended up with the monster-est stack of all (1,928,000).

Monday is the start of two exciting new tournaments at the World Series of Poker:  Event #46, the $1,500 Bounty No-Limit Hold’em and Event #47, the $10,000 2-7 Triple Draw Lowball. These events are scheduled to conclude on Wednesday night.