Doug Polk has made a million as we head into WSOP Day 24. Not dollars (yet), but chips he’s amassed to put him in the lead for the $10K NLH Six-Handed event now going into the Final Table. 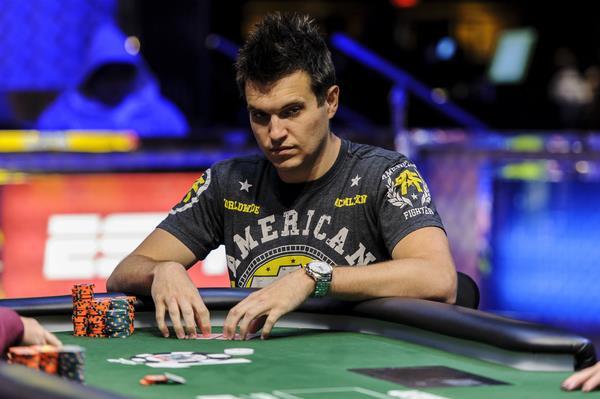 Doug Polk comes into the $10K NLH Six-Handed Championship as chip leader with over a million in his stacks. (Image: pokerarena.cz)

The World Series of Poker was host to a wide range of action on Thursday, from Hold’em to mixed games, a $1,500 buy-in and a championship-level event.

And while nobody won any hardware during the day, there were plenty of juicy storylines established that will play themselves out on Friday.

Doug Polk has taken the lead in the $10,000 No Limit Hold’em Six-Handed Championship, bagging over 1.4 million chips to head up the 12 remaining players heading into Day 3, which will be the final day of play.

Polk is one of only two players who has accumulated over one million chips, with Kenneth Fishman bringing 1.2 million into Friday’s session.

Meanwhile, Paul Volpe is continuing his excellent WSOP season by making yet another deep run in this event. He’s currently sitting in third place, and might be hoping to improve on the two second-place finishes he has already achieved for 2015. Other notables who will come back for the final day of play include Byron Kaverman, Sam Greenwood, Chris Klodnicki, and Olivier Busquet.

Daniel Idema is still alive in his quest for a third bracelet, but he has a lot of work to do if he wants to finish the job. Idema has the short stack with three players remaining in the $3,000 H.O.R.S.E. event, which came up just short of ending late Thursday night.

Matt Vengrin holds the lead with 3,175,000 in chips, more than double what Kevin Iacofano (1.39 milllion) or Daniel Idema (1.08 million) have in their stacks. Both Vengrin and Iacofano have tons of WSOP experience and many cashes, but each is looking for their first career gold bracelet.

After two rounds of heads-up matches, the $1,500 Split Format Hold’em has reached its final table of eight players. The chip lead will belong to Jonas Christensen, a Danish poker pro who only has one previous cash in his WSOP career.

Because of the two rounds of heads-up play that proceeded the eight-handed final table, the chip stacks are relatively close going into the final day. Christensen has 929,000, while the “short” stack is Isaac Kawa, who has 721,000. Two former bracelet winners are still in contention, including Andre Boyer and Idan Raviv, who is looking for his second bracelet of this year’s World Series.

Meanwhile, the $1,500 Ten-Game Mix tournament drew only 380 players, a very small field for a low buy-in event. Eric Wasserson leads 89 players into Day 2, with Eli Elezra right behind him in second place.

However, most of the attention on this event comes from two aspects of its format. First, the WSOP made a move to change the structure for this and all remaining low buy-in limit events, which had been running longer than organizers had anticipated.

“I removed the double levels for the first three levels, which will give more meaningful play on Day 1,” WSOP Tournament Director Jack Effel told PokerNews. “I added an extra level to the start of Day 2 and the start of Day 3, which will give more meaningful play to Day 2 and Day 3. Hopefully it will get these guys in the money a little faster and give them a little more play towards the end.”

While the structure sheet for the PPC has been available for a while, many players who had ambitions of playing in the tournament have only realized this change occurred in the past week or so. The fact that Badugi has never been offered as a bracelet event, and that No Limit Deuce-to-Seven means that there are now three “big bet” games in the mix, has riled many players, with some suggesting that turnout for the tournament could be way down as a result.

To be certain, this isn’t the first change to the PPC. Originally, the tournament began with a H.O.R.S.E. format in 2006 and only expanded to an eight-game mix in 2010. But in this case, many players are asking why these changes were made in an event that seemed to be working perfectly well before, and why the new games in perhaps the single most prestigious event in the WSOP weren’t better publicized to players.

Corrie Wunstel has nearly twice as many chips as any of his competitors heading into the final day of the $1,500 Pot Limit Omaha tournament. There are just 19 players remaining, and only one of them has previously won a bracelet, and that’s Marcel Vonk. He’s currently on one of the shortest stacks in the field, meaning we’re likely to have a first time winner grab the $266,874 top prize.

Plenty of notables will come back on Friday looking to make a deep run, and several of them have large stacks in the early going. Jesse Sylvia, Maria Ho, Tristan Wade, and Brian Rast are just a few of the big names that have plenty of chips to play with going forward. 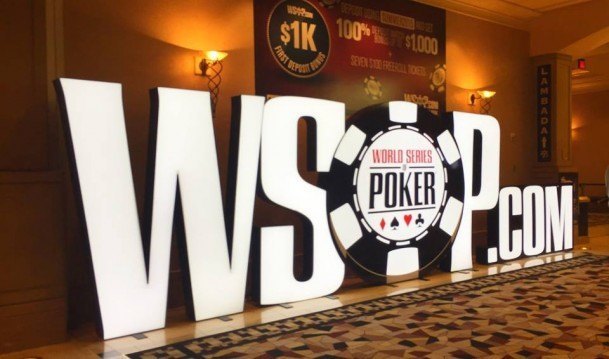 The Seniors Event kicks off at WSOP 2015 today, a popular event that’s become a staple of the series. (Image: CardsChat.com exclusive)

It seems like there’s a real ebb and flow developing at the WSOP. We have days without bracelets, and days where several are given out. Friday is setting up to be the latter, with four tournaments likely to finish up throughout the day.

Friday morning will also see the start of one of the most popular events of the WSOP, the $1,000 Seniors No Limit Hold’em Championship.

Players must be at least 50 years of age to participate in this tournament, which has made for a more relaxed atmosphere among the thousands of players that have traditionally turned out for this event.

At 4 pm PT, a much smaller field will come out for the $10,000 Seven Card Stud Hi/Lo Championship. This is the last big buy-in event before the PPC kicks off on Sunday, and many of the same players may be planning to play in both events.