Heading into the final day of Event #36, the $2,500 Mixed Omaha/Stud Hi-Low 8 or Better on Thursday, big name players such as Fabrice Soulier, Jason Mercier, and Per Hildebrand are still in contention. 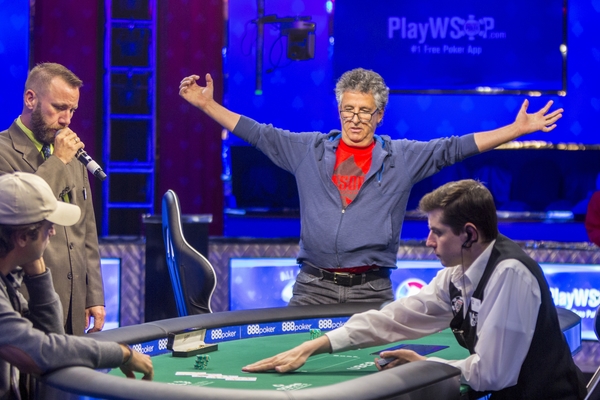 But it wasn’t a pro taking down this event. Instead, it was Hani Awad, a 65-year recreational Las Vegas high stakes poker player, winning the bracelet. Awad, however, isn’t an ordinary recreational player. He can play. This is his 10th career cash at the World Series of Poker.

The $213,186 he won on Thursday puts him at over $600,000 lifetime at the WSOP. And it was another notch in the “age and treachery can overcome youth and skill” debate, as this was a player who could have qualified for a Super Seniors entry.

Soulier, despite failing to win the bracelet, represented the Global Poker League quite well. The manager of the Paris Aviators finished in 2nd place, his third of the summer.

Mercier entered the third and final day of the event hoping for his third 2016 gold bracelet. But he had an uphill battle after starting the day with a small stack. The PokerStars Team Pro ultimately busted out in 11th place.

It was an eventful day for Mercier. After hitting the felt, he hopped into Event #39, the $10,000 Six-Handed No-Limit Hold’em. He made a quick exit from that one, and then registered for Event #40, the $2,500 Mixed Triple Draw Lowball (Limit).

Luck was on his side at last on Day One of that event. He even admitted it on Twitter.

“Was all in drawing slim multiple times in the 2500 triple draw mixed,” he posted. “Got there over and over and managed to bag 93.1k.”

It’s good to be Jason Mercier this year, that’s for sure.

Down to Two in Summer Solstice

After four days of play in Event #33, the $1,500 Summer Solstice No-Limit Hold’em, two players will come back to finish things off on Friday.

Korey Aldemir and Adrian Mateos played 30 hands of heads-up play until 1 am PT before calling it a (long) day. They’ll settle it today when play kicks off at noon at the Rio in Las Vegas.

Third Bracelet for the Belgian 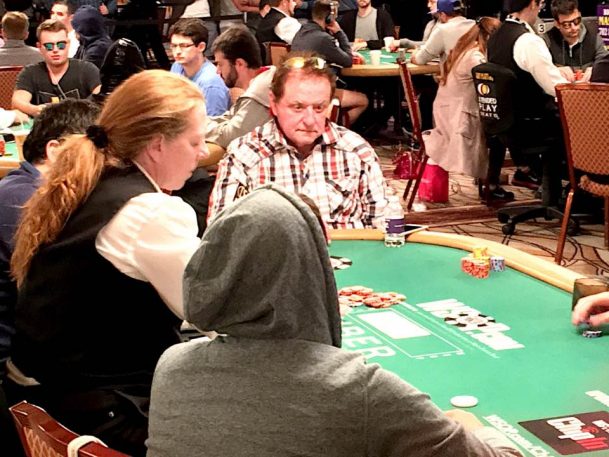 The Belgian now has three career WSOP gold bracelets and over $1.4 million in winnings at the summer series. He moved into third on Belgium’s all-time live tournament money list, but still well behind Davidi Kitai and yeah, that other guy, Pierre Neuville.

Jason Koon, who is a  top Las Vegas high stakes pro, will have to wait a bit longer to finally win his first bracelet. He has 32 career cashes at the WSOP, but just can’t quite get over the hump. Maybe he should borrow Jason Mercier’s lucky (and awfully damned cute) dog.

The 2015 WSOP Main Event champion, Joe McKeehen, very well could be a day away from yet another title. The champ is second in chips out of eight remaining players in Event #38, the $3,000 Six-Handed Limit Hold’em.

McKeehen didn’t have to deal with an early start time in this event. Play began in the afternoon the first two days of the event and will restart Friday at 2 pm. So no complaints from him. He was vocal, to say the least, when earlier this year, the one-hour-back start times were first announced. He took to Twitter in what can only be deemed a tirade on the topic.

In order to win his second career bracelet, the Philadelphia native will have to deal with chip leader Matt Matros, a three-time bracelet winner. McKeehen has 825,000 chips, and Matros will restart Day Three with 978,000.

McKeehen won’t be the only one chasing a bracelet on Friday. Event #37, the $1,500 Pot-Limit Omaha is scheduled to play down to a winner. There are 15 remaining players with Tommy Le holding a big chip lead.

And two new events will also be getting underway. In Event #41, the $1,500 Monster Stack No-Limit Hold’em, a big field can likely be expected for this five-day event. Cards get in the air at 10 am PT. Also starting will be Event #42, the $3,000 Shootout No-Limit Hold’em, which is a three-day event with a maximum field of 2,000 players. This event kicks off at 3 pm in Las Vegas.