Daniel Alaei may not be quite up to Phil Hellmuth‘s 14 WSOP championship bracelet standard yet, but he’s making headway. Alaei won his fifth World Series gold bracelet yesterday.

Alaei was yesterday’s only winner on Wednesday, though, so he was able to bask in the glory of his $10K Omaha Hi/Lo Split victory all alone.

Alaei took down the $10,000 Omaha Hi/Lo Championship event, winning a prize of $391,037. Alaei’s five bracelets put him in some rarified company, as only 22 players in history have won five or more bracelets in their entire careers. 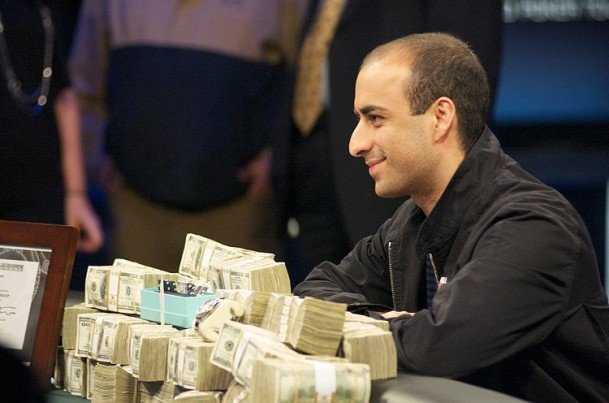 In the money, again: Daniel Alaei took down his fifth WSOP bracelet $10K Omaha Hi Lo Split on Wednesday, putting him in elite company as a multi-bracelet winner. (Image: floptech.com)

But Alaei’s wins are even more impressive when you consider how quickly he has accomplished the feat. At just 30 years old, he’s the second-youngest player ever to get to five bracelets (trailing only Allen Cunningham by a matter of months).

The victory marked the second time that Alaei had won the Omaha Hi/Lo Championship, having previously claimed that title in 2009.

The American ultimately won the title in come-from-behind fashion, as heads-up opponent Kyle Maiso held a 6-1 chip advantage at one point in their match. But Alaei hung tough, earning him a very memorable victory.

“I did win this event in 2009, so it’s nice to win it again,” Alaei told WSOP.com. “It was especially nice to win since I was so low-stacked when we were heads-up. So, it was really nice to come back and win it.”

There was plenty of other talent at the final table as well. Anthony Zinno, who won two consecutive World Poker Tour titles this past season, finished sixth, while former bracelet winners Ken Aldridge and Scott Clements finished in fifth and fourth places respectively.

The $1,500 No Limit Deuce-to-Seven Lowball tournament came close to determining a champion on Wednesday, but three players will have to come back on Thursday for a winner to emerge. Heading into the final day, Christian Pham will hold a slight chip lead over Daniel Ospina, while Matthew Smith will hold the short stack.

Pham has over $440,000 in career earnings and a WSOP Circuit ring, but is looking to claim his first gold bracelet. In fact, whoever wins this tournament will be claiming their first WSOP title, making this win just a little bit sweeter for the eventual champion.

Plenty of notable players made deep runs and cashed, including four-time bracelet winner Huck Seed who finished fifth, while Mike Leah, Robert Mizrachi, and Eric Wasserson were also among those who made the money.

Benjamin Zamani holds the chip lead with five players remaining in the $1,500 No Limit Hold’em tournament, putting him in position to win his first ever WSOP bracelet. Zamani came up just short last week when he finished second in another $1,500 event, the No Limit Shootout. 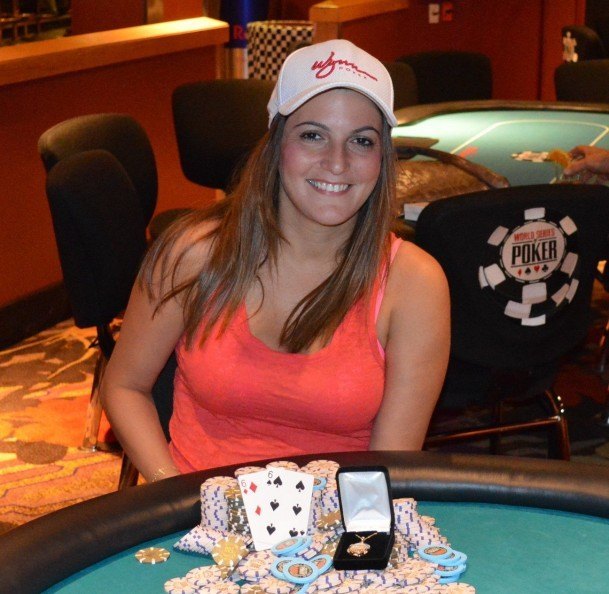 However, that may not be the most interesting storyline remaining in this event. Natasha Barbour is sitting second in chips, giving her an excellent shot at becoming the first woman to win a bracelet at this year’s WSOP. Kevin MacPhee is also in contention, and is looking for his first bracelet after 23 career WSOP cashes.

Just 22 players remain in contention for the $1,000 No Limit Hold’em event, with Jay Dragland holding the chip lead heading into what will likely be the final day of play. Among the notables still alive are Paul Darden, who is looking for his second career WSOP title, and Stephen Chidwick, who has the shortest stack in the field.

The $1,500 HORSE tournament began on Wednesday, drawing a field of 772 mixed-game aficionados. Christopher Boedeker is the early chip leader with just under 300 players remaining, while David Williams, Maria Ho and Mike Watson all have top 20 chip stacks heading into Day 2.

In higher buy-in action, the $5,000 Eight-Handed No Limit Hold’em tournament kicked off on Wednesday, drawing nearly 500 players looking for an event that’s just a little livelier than standard nine-handed formats. The tournament saw many of the world’s top players join the field, with Dan Smith grabbing the chip lead at the end of the first day of play.

Plenty of other notables are right behind him, however. Shaun Deeb, Anthony Zinno and Jonathan Jaffe are all inside the top ten of the chip standings, with Cord Garcia, Martin Finger, and Melanie Weisner not far behind.

There will certainly be multiple bracelet winners on Thursday, with the only question being whether two or three will be awarded during the day. The $1,500 No Limit Deuce-to-Seven and the $1,500 No Limit Hold’em tournaments should both wrap up early, as each is already deep into final table play. Meanwhile, the $1,000 No Limit Hold’em event is down to 22 players, and could crown a winner later in the day.

Two new events will also be hitting the increasingly crowded WSOP schedule. At noon, players will turn out in droves for the $1,000 Pot Limit Omaha tournament, which could well be the most popular non-Hold’em event on the schedule.

Then later in the day, the next $10,000 level even will kick off: the Seven Card Stud Championship, which should draw plenty of top pros looking to boost their bracelet count.