Team PokerStars Pro Jason Mercier was confident he was going to win (another) gold bracelet this summer.

He even put his money where his mouth is: he placed numerous bets on himself that it would happen. While specifics are sketchy, rumor has it that by topping a field of 100 players to win Event #16, the $10,000 2-7 Draw Lowball Championship, the 29-year-old poker pro from Hollywood, Florida won much more than the $273,335 first-place prize. 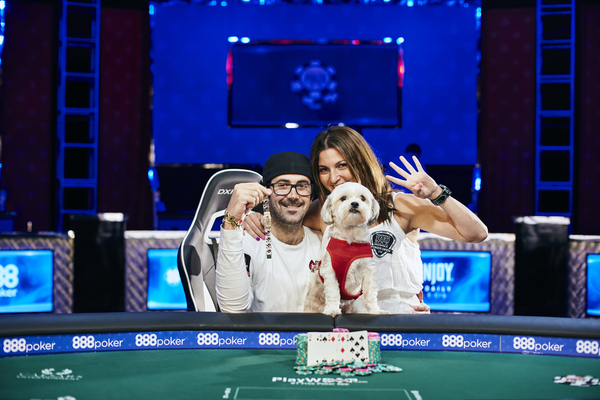 “If I can win another [gold bracelet] really quick, it would be a sick sweat the rest of the series. . .now, I’m freerolling the next year,” said Mercier, who revealed he also has bets at 18 or 19-1 that he’ll win two bracelets, and one for $10,000 at 180-1 against Vanessa Selbst that he’ll win three.

Mercier became just the 39th player in history to win four WSOP titles, which put him in the same category as Puggy Pearson, Amarillo Slim Preston, and Mike Matusow, just to name a few.

“I’d say this was the second best of the four,” Mercier told WSOP.com of his latest bracelet win after the event. “The first one you get is always the most special. But I have been wanting to win this event for a long time and to get here against this kind of field was really nice. It also helps that I had lots of side action riding on winning a bracelet this year.”

Millionaire Maker Plays Down to 15

What began with 7,190 entrants in Event #14, the $1,500 Millionaire Maker, is now down to the final 15. Today, Tuesday, was supposed to start as a final table, so there will be some time to make up there.

Day Four will begin at 11 am PT on Tuesday with the plan of playing down to a winner, which will make two lucky players millionaires, as the event name promises.

The winner of this event will take home $316,920. Players will return at noon PT on Tuesday for Day Three action.

Play resumes at 2 pm PT on Tuesday, with the plan of playing down to a winner.

$1k PLO Down to the Money

Benyamine Leads After Day One of Razz

Of course not everyone was lucky enough to bag up chips. Among those to fall on Day One were Daniel Negreanu, Rep Porter, Todd Brunson, and Jeff Lisandro. Just 15 players are slated to earn a portion of the $940,000 prize pool, with the eventual winner taking home $273,338.