COVID-19 infections at the WSOP are currently causing more than health problems for some players at the Rio. Ahead of a world champion being crowned, a spate of new COVID cases and ripples of discontent have stolen focus from the Main Event. 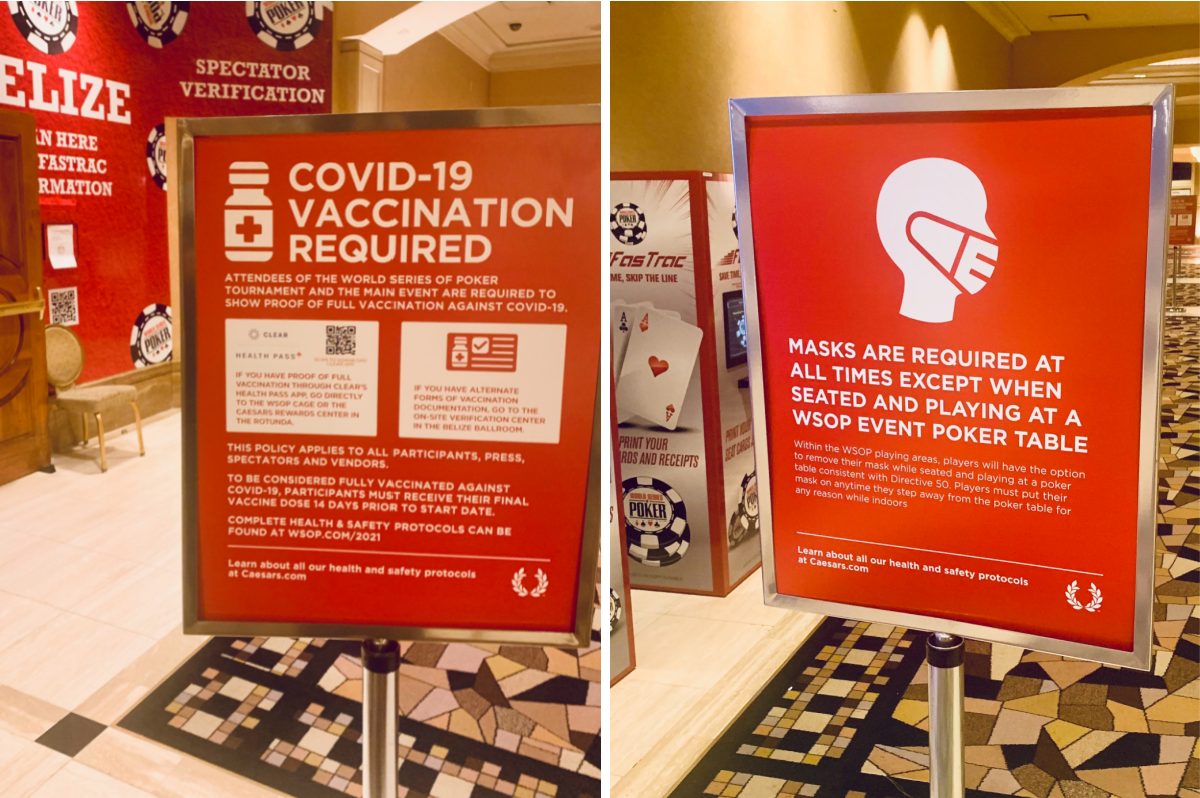 COVID-19 safety abounds at the Rio, but the virus still somehow found its way in to the WSOP. (Image: CardsChat)

Even with infection rates falling in Las Vegas, longtime CardsChat member Jacqueline Burkhart confirmed that she tested positive for COVID this week. No one left in the Main Event has been forced out of action due to COVID, but the virus has certainly made its presence known at the Rio and has disrupted the final stages of the series.

Aside from players testing positive, malicious attacks have been directed at Vanessa Kade, one of the first people to publicly acknowledge she contracted COVID-19 at the WSOP. On Monday, she was accused of being a super spreader by Todd Witteles, and that sparked a series of anonymous threats. 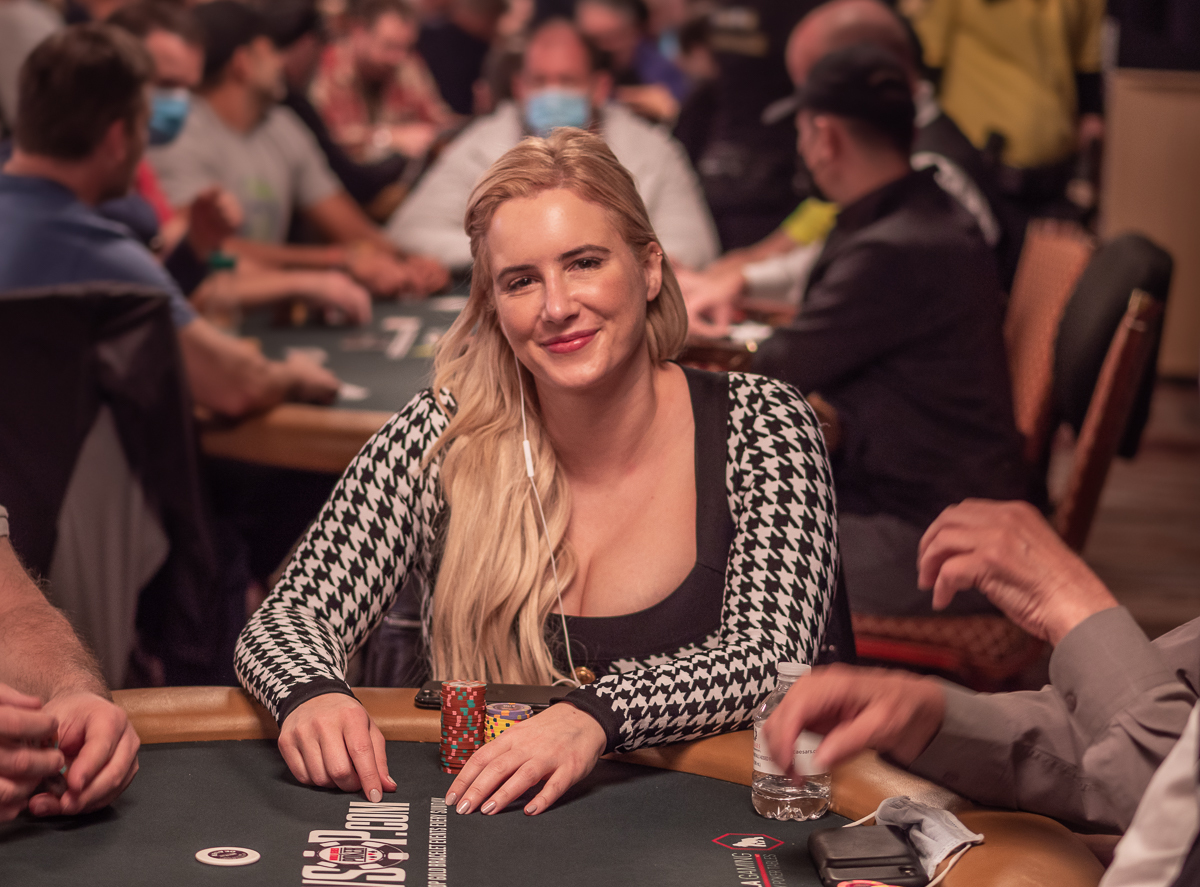 Was Vanessa Kade, seen here vaccinated and maskless at the 2021 WSOP, a COVID superspreader or a victim of unwarranted attacks? (Image: Chris Wallace/CardsChat)

CardsChat spoke to Kade who told us that someone was posing as her on Twitter last night. Under the username @Vanessa_Kade, the troll posted lewd messages on the Twitter feeds of various poker pros, including Daniel Negreanu and Phil Hellmuth.

The fraudster also wrote “I’m a super spreader” on dozens of Twitter feeds. Kade even told us that they went as far as to threaten her via direct message, calling her a “busted a** b**ch” who should “watch her back” because no one in poker likes her.

Kade’s followers rallied in support and reported the fake account. It was subsequently removed from Twitter, along with the tweets and direct messages. However, the incident has caused Kade to question her place in the poker community.

Some days I think I should just bail.

Other times I think being a lightning rod for near incessant harassment and defamation might actually serve to expose significant issues the poker community is in denial about and might eventually lead to positive change.

She called the initial accusations from Witteles a “witch hunt” that resulted in real threats. Kade has previously been the subject of abuse from Dan Bilzerian and she told us that, for reasons unknown, she receives more vitriol than other poker players in her position.

“The degree to which [trolls] hate is tangibly more than any other pro with equivalent success,” Kade said. “The attacks are more aggressive, more damaging, more widespread.”

The latest attacks may not just be about COVID. Kade was quick to report her positive test, self-isolated, and only returned to the WSOP after producing a negative test 11 days later. However, the issue of COVID-19 has become a divisive one within the community, as it has the rest of the world.

Kristen Bicknell, a vocal critic of “forced vaccinations” and WSOP COVID policies, was recently blocked by fellow pro (and CardsChat ambassador) Ryan LaPlante. Bicknell doesn’t know exactly why someone she’d been friendly with blocked her, but it seems COVID was the reason.

😔 don't think I said anything out of line, and always considered our interactions to be nice and friendly with each other.

Sad that people don't want to be 'friends' with someone who has different views about a damn vaccine or mask mandate? 🤦‍♀️…

The WSOP has, by and large, escaped the clutches of COVID-19. The recent outbreak is unfortunate, but not totally unexpected given the virus’s transmissibility and the fact tens of thousands of people have filtered through the Rio.

The greatest tragedy, perhaps, is the treatment of Kade, who despite following the rules, has become a target of social media harassment.