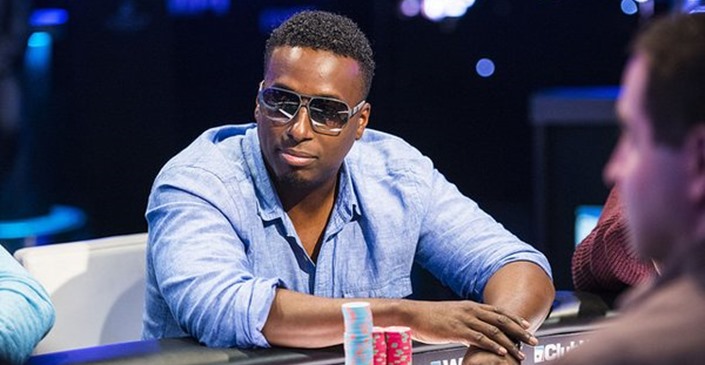 Maurice Hawkins has torn it up on the WSOP Circuit for years, but he’s refusing to pay a backer who claims he can prove Hawkins welched on their deal.
(Image: highstakesdb.com)

Tallahassee personal-injury attorney Hal Lewis has sued Maurice Hawkins in a Florida court for nearly $23,000, claiming the poker pro with more WSOP Circuit rings than anyone in history stiffed him out after backing out of an investment deal in the player in 2016.

The Miami Herald first reported on July 16, during the WSOP Main Event that Lewis was claiming that Hawkins, a low- to mid-stakes tournament specialist from Lantana, Florida, owed him $22,788 from a 2016 deal that went bad.

According to Lewis, Hawkins had paid him more than $120,000 in winnings since meeting in a Jacksonville casino in 2016. Hawkins also claims that he paid back Lewis all that he was owed, in the form of $10,000 via cashier’s check, with the rest being used for entry fees as called for by their agreement.

Lewis told FloridaPolitics.com he deposited various sums of cash into Hawkins’ wife’s bank account during the 2016 WSOP. That money was to be used on tournament buy-ins.

Hawkins had a rough summer, however, cashing in just one event, the Colossus, for $896. The poker pro soon decided he didn’t want to continue using this backer, and the two agreed to end the relationship.

According to the lawsuit, Hawkins wanted to quit the staking deal when there was still $22,788 left over unused for buy-ins. And that’s how much he never saw returned.

Lewis said one of the excuses was Hawkins blew his money at the blackjack table. And though Hawkins denies owing his former backer any money. In the lawsuit, however, Lewis claims he has the text records to prove otherwise.

Lewis then claims that Hawkins, in a series of texts attached to the lawsuit filing, admitted that he couldn’t pay him back because he had gambled, and, “I lost the 22,78… I will make it right,” according to FloridaPolitics.com.

FloridaPolitics.com reached out to get Hawkins’ side of the story, and reported that he said the attorney was “being a big bully” and that he owes him nothing.

“Do I get a court date?” Hawkins asked in response to questions about the 2016 text messages. “Because the truth will come out.”

On a Hot Streak

Overall, Hawkins now has nearly $2.9 million in live winnings, from 161 tournament cashes since 2005. It’s enough money to make one think that paying back $23,000 wouldn’t be that big of a deal.

I played with Hawkins once in Florida. He seemed vary charismatic, and very egotistical. I definitely want to see how this pans out.

I was not surprised by this though. Maybe his backer is out of line, or there’s a misunderstanding, but it seems pretty sketchy all around.

If indeed he owes a backer $23k, and he is trying to get out of it, it certainly speaks volumes about his character and integrity….

Getting sued by a lawyer ?? Ok then