The latest World Series of Poker (WSOP) Circuit event schedule for 2016/17 has just been released, with more stakes levels, prize money, and tour stops added to the mix.

Following its bigger bother’s trend of welcoming more players of all levels this year, the WSOP Circuit schedule will host at least 22 domestic events and 14 international festivals throughout 2016 and 2017. 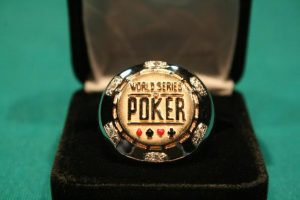 The World Series of Poker (WSOP) has released its new 2016/17 Circuit events schedule, which has stops around the country and around the globe. (Image: WSOP.com)

Along with the tour’s traditional stops in Las Vegas, Los Angeles, and Cherokee, North Carolina, players will now be able to compete for a WSOP Circuit ring in as diverse locales as Oklahoma, Berlin, Paris, and St. Maarten.

While the addition of new stops is great news for WSOP Circuit regulars, it’s also a sign of the current state of the poker economy. With its combination of small and mid-stakes poker tournaments, the World Series happening now in Las Vegas at the Rio appears to have struck a sweet spot with thousands of players in attendance from across the US and Europe.

WSOP suits recognize that this same variety of buyins will appeal to Circuit event players.

Beyond affordable buy-ins for Circuit tournaments starting at $365, the organizers have made sure the majority of events start on a Thursday, while the four-day Main Events start on a Friday.

Scheduling tournaments at the end of the week makes them more accessible for amateur players who have to work a regular 9 to 5 job.

Appealing to casual players and even novices has become something of a trend in recent months across the pokerverse. From the signing of soccer stars such as Neymar and Cristiano Reynaldo by online operators PokerStars to the WSOP offering amateur-friendly tournaments, there has been a clear shift towards lower stakes players in the past two years.

This change of focus is something the WSOP’s latest schedule is a testament to and a change many aspiring players will be extremely pleased about. Eight additional stops for the 2016/2017 seasons will also be announced later this year.

For a full rundown of the 2016/2017 WSOP Circuit schedule, check out WSOP.com. A few of the highlights are listed here:

can’t wait to win one lol.

I don’t see any restrictions on which pros can not play. If I were to play in an “Event for Amateurs”, I would like to compete against amateurs.

Is it that pros recognize no one can long term beat the rake and so will be choosing not to play?