Addressing concerns about the slow pace of play in some tournaments, just days after Daniel Negreanu voiced his complaints in a blog post about excessive tanking, the World Series of Poker announced a slight rule change on Tuesday that would go in effect for the 2017 WSOP. 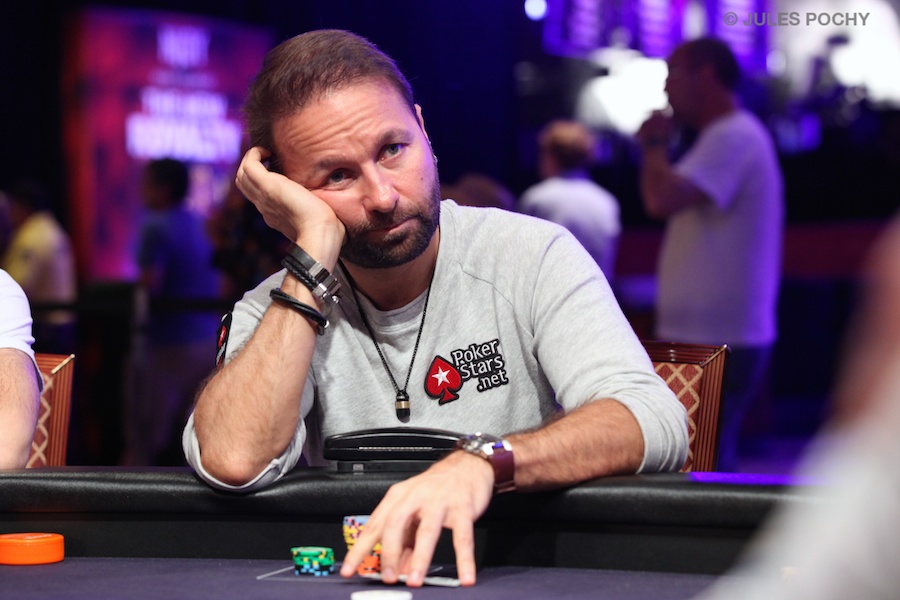 Daniel Negreanu lobbied for a shot clock at the 2017 WSOP, but he’ll have to settle for improved clock-calling rules that will help speed up the game. (Image: Jules Poochy / GPI)

No longer will players have to let their frustrations simmer before calling the clock on a slow opponent. Now, instead, players will be allowed to call the clock whenever they feel it necessary. Negreanu is saying he will take advantage of this new determination about clock-calling protocol.

In the past, players were permitted to call clock on an opponent after a “reasonable amount of time,” or two minutes. That rule no longer applies.

The new rule states, “participants may now call the clock at any point if they feel a participant at the table is taking longer than is reasonable for the game situation.”

After a player calls for “clock,” the dealer calls for “floor,” summoning a tournament official to the table where he or she will officially start a timed countdown. In the past, as is the case in most poker tournaments in the United States, the player would be given 60 seconds to act once floor arrives before being forced to fold.

At this year’s WSOP, the floorperson, at their own discretion, will give a player 0 to 30 seconds, plus an additional 10 seconds counted aloud, before considering a hand with no action dead.

Calling the clock, however, doesn’t guarantee a player will have to act quickly. The floor official can decide if the situation warrants lengthy tanking, the clock will not be enforced. This will help prevent certain individuals from abusing the new clock-calling rule.

As Seen on TV

“Tanking,” the act of descending deep into thought while it’s your turn to act, has become a contentious issue in recent years.

Many players have accused others of purposely slowing down the game with these delay tactics.

During the 2016 Main Event, William Kassouf received criticism from his opponents for constantly taking too long to act. He would often wait 30 seconds before acting pre-flop, even with hands that he obviously intended to fold all along.

In 2015, during the live broadcast of the November Nine, multiple players refused to instantly muck junky pre-flop hands. Instead, they paused for 15 seconds or so before folding.

Some poker fans in forums and social media declared the television broadcast unwatchable thanks to the excessive tanking. Some even said it might have something to do with why television ratings for poker have been tanking in recent years.

The always outspoken Daniel Negreanu has long advocated for the equivalent of a shot clock in poker. In a recent blog post about his WSOP plans, he said he was playing in fewer no-limit hold’em events because of the slow pace of these tournaments.

He said he was hopeful that the WSOP would be able to integrate changes related to clock rules in 2018, pointing out that it such time constraints are becoming more and more standard at poker festivals around the world, particularly in high-roller events.

Kid Poker plans on playing in nearly half of the bracelet events on the 2017 WSOP schedule. He wrote that he will be taking advantage of his right to call the clock on “habitual tankers.” In giving fair warning, Negreanu said it was nothing personal, but declared he would be willing to call for the clock “as early as 30 seconds before the flop” to keep play moving forward.

He said he would give a more leeway for extensive thinking in post-flop situations.

I hope Kassouf stays away this year !