The 2018 Wynn Classic, which last week saw David “The Dragon” Pham win the Main Event, officially wrapped up its last few post-lim events over the weekend. In one of the final events, a World Series of Poker gold bracelet winner took down his largest score since he won over $1.3 million in a single tournament in 2014. 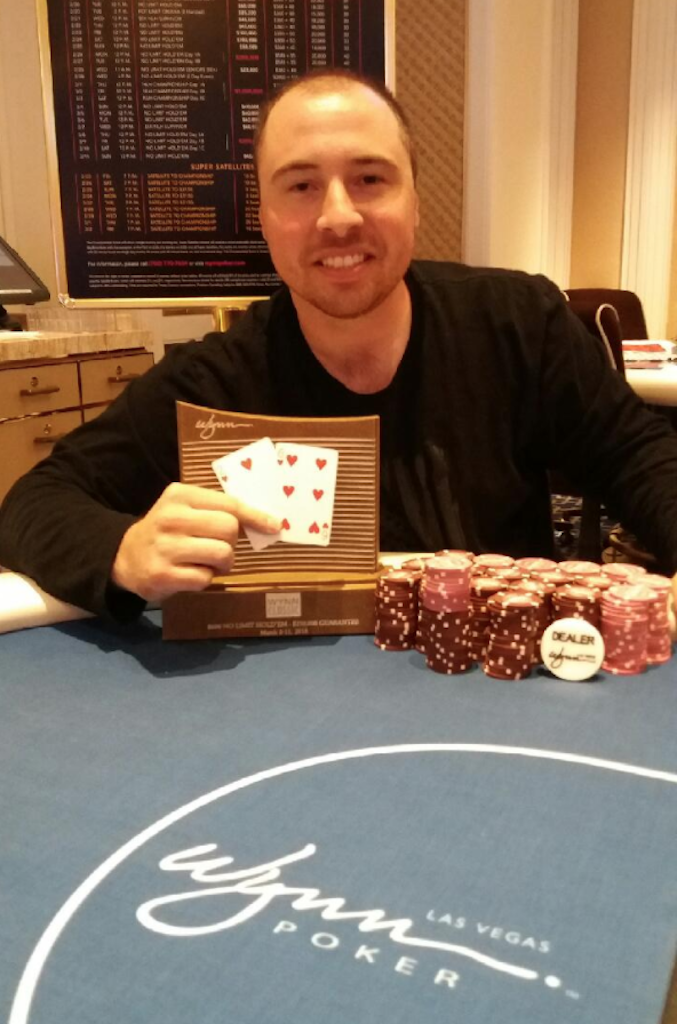 Jonathan Dimmig outlasted some tough competition to chop his way to the title and a sweet payday at the Wynn.  (Image: Wynn)

The 2018 Wynn Classic premiere event of the weekend was the $600 buy-in NLH $250K Guarantee, which attracted 688 runners over three starting flights. That cruised past the GTD by creating a $359,961 prize pool.

The final table of the tournament was comprised of some tough competitors, including Eric Baldwin and Nahum Kfir. You might recall Baldwin won the 2017 Wynn Spring Classic $1,600 Championship Event for $188,450, and then in November won a similar event at The Venetian for $114,585.

“From what I hear, the games in Vegas are pretty tough compared to similar stakes elsewhere in the country,” Baldwin told CardsChat in an exclusive interview. “The guys that make a living doing it here are very well-rounded players and are willing to battle it out in tough games.”

Unfortunately for Baldwin and Kfir, they fell in sixth and ninth place for $21,469 and $6,862 respectively. In the end, bracelet winner Jonathan Dimmig was crowned the winner after a final table deal earning $53,157.

The 2018 Wynn Classic wrapped up several other events over the weekend. In the $400 buy-in NLH $40K GTD tournament, which attracted 127 players, Longsheng Tan of Alhambra, California, defeated Gevork Alajajian in heads-up play to win the title and a $9,521 first-place prize.

Finally, a $400 buy-in NLH $5K Survivor drew 191 runners and saw 13 of them play long enough to lock up $5,000 each including Dan Heimiller, Sara Stohler, Eric Rvikin, and Bruno Ghilardi.

The Wynn is expected to release their summer Wynn Poker Classic schedule within the next month.

Gees, I was only saying the other day, how many times I have been dealt 6, 2 recently, and commenting how bad a hand it is? Obviously, not for everyone, well done on a good “Wynn”.