WSOP Bracelets for Lakemeier and Korn, $50K Players Take Their Seats, Ferguson Back in Second for POY

Main Event week is officially here. The added excitement at the tables and around the halls of the Rio at the World Series of Poker is palpable, with satellites running full steam in advance of the world’s most prestigious poker tournament kicking off on Saturday. With new faces arriving with fresh enthusiasm, others are playing like they have unfinished business to take care of first. 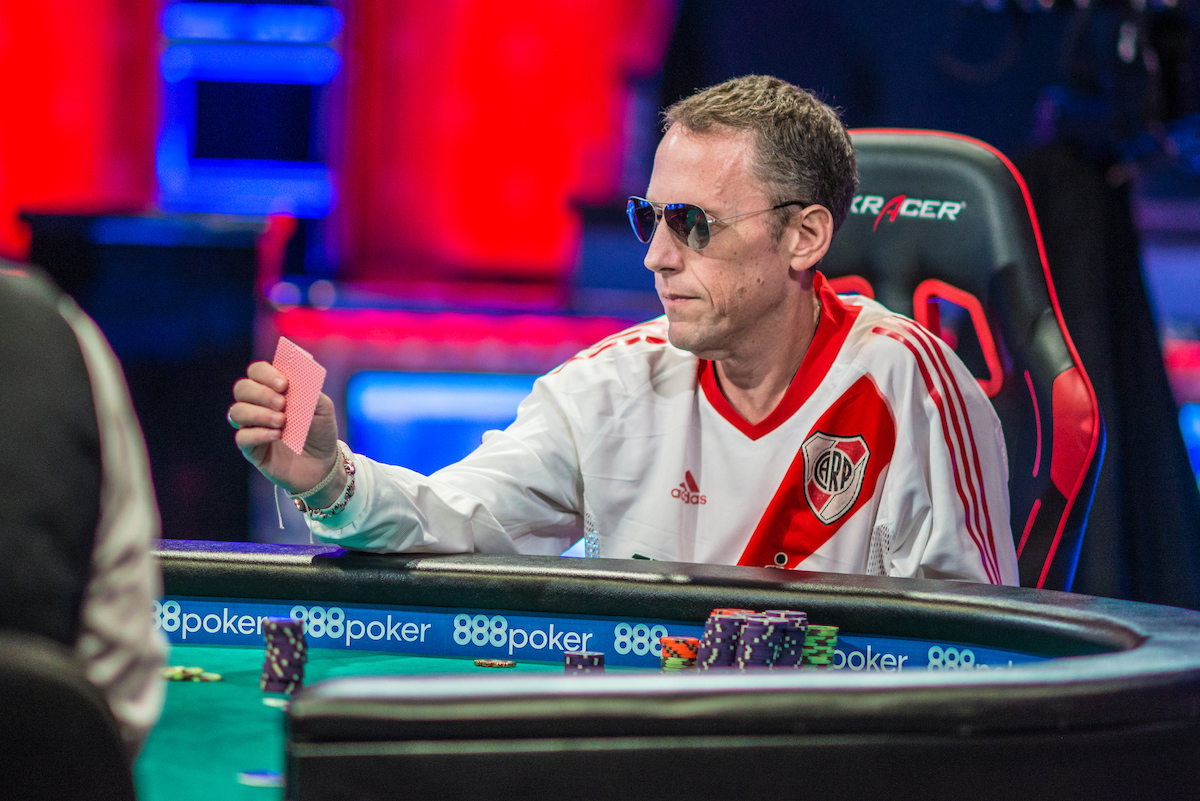 Life Is Peachy for Korn

Andres Korn went wire to wire at the final table to win Event #56, $5,000 No-Limit Hold’em. He began play on Sunday with a dominating chip lead, and from there all anyone else could do was follow the leader as Korn held on to claim the bracelet and $618,285.

The Argentinian admitted afterwards he was more focused on winning the bracelet, his first ever, than the hefty payday. He only had four prior WSOP cashes, two of which came in the Main Event (2006 and 2011).

If Korn didn’t have a lucky number before Sunday, he does now: eight. He twice eliminated players at the final table with a set of 8’s, and busted runner-up Pete Chen with 8-9.

Online pro Dan “Jungleman” Cates doesn’t play many live tournaments. But he graced the WSOP with his presence on Sunday to compete in Event #62, $50,000 Poker Players Championship. He lasted about as long as the Pokemon GO fad.

Early in the day, Cates was the first player eliminated when he five-bet shoved all-in pre-flop for 170,000 (players started with 250,000) with A♦K♦ and was snap-called by Mark Gregorich with A♠A♣.

Gregorich got quite the sweat though when the flop ran out 6♣J♦8♦ (flush draw). He gave a “you have got to be kidding me” look, but was able to relax when the 3♣ and 10♥ completed the board.

There were 93 entries on Day One. Gregorich finished the day with 465,200, putting him in 5th chip position going into Day Two. Registration into the this big buy-in event remains open until play resumes at 1 pm on Monday.

The prestigious event, a mixed tournament with eight variations of poker, brought out some heavy hitters, including the venerable old-school pros who we haven’t seen much on the tournament scene in recent years, such as Gus Hansen and Johnny Chan, came.

Artur Rudziankov and Mario Prats will come back to the Brasilia Room at 1 pm on Monday to finish things off. Rudziankov has a little more than a two-to-one chip advantage.

From Five to One in a Flash

With five players remaining, Lakemeier waved his wand and then 20 hands later, he was the only one left.

Will John Racener be the one who denies Jesus his (second) banner in the tournament halls of the Rio?

Going into the last stretch of events with points available to fill out the WSOP Player of the Year leaderboard, John Racener finished 48th in Event #61, $3,333 WSOP.com No-Limit Hold’em Online High Roller. (Thomas Cannuli won this second online bracelet of the Series.)

For Racener the small cash paid just $6,277. But for the poker community wanting to believe in karma, it was enough to knock Chris Ferguson out of the POY lead.

But before you get too excited, plenty of points are still available this week. And Ferguson probably has the advantage, as Racener is playing in the $50k Players Championship while Ferguson is not.

If Racener goes deep, playing for the most money against the best players in the world, he’ll potentially spend more days earning far fewer POY points than whatever Ferguson can pick up in smaller buy-in events against larger fields of more recreational players.

On Monday, Event #63, $1,000 No-Limit Hold’em, kicks off at 11 am PT. This event is like last of the little ones, and is expected to draw a sizeable crowd. Last year it was the event where WPT host Tony Dunst got his first WSOP bracelet

Chris your a scum bag. Pay back everything you win this year to the fucking players you scum of a human.