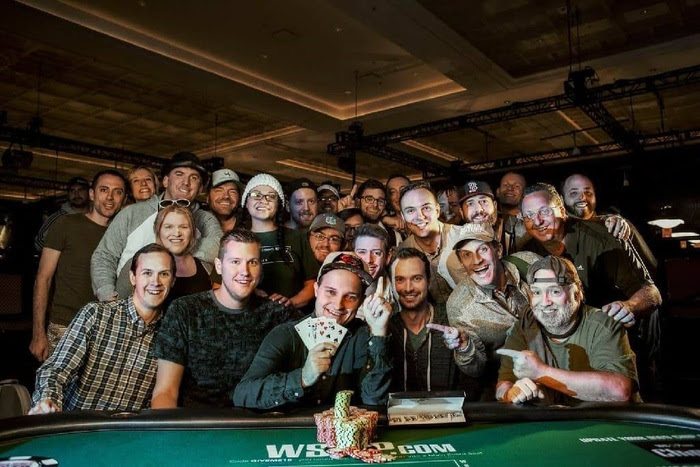 Laplante, whose specialty is tournaments, will be posting in various strategy forums on CardsChat, as well as creating some original threads for discussion, and responding to readers’ threads and questions.

He says his goal will be to impart poker information in a way that’s accessible and easily understood.

“I look forward to helping other CardsChat members achieve the same knowledge and passion for the game that I have,” he said of his new role.

The 27-year-old pro, who is ranked by Hendon Mob in the top 600 of American poker players (and fifth in his home state of Minnesota) with $1.45 million in live tournament cashes, is coming on board after previously participating in numerous WSOP CardsChat team events in years past.

Laplante has been playing poker for a living for eight years. He left behind Minnesota’s bitterly cold winters to move to Las Vegas full-time to pursue the game he’s embraced professionally.

Online, the new CardsChat brand ambassador won more than $1.6 million playing on PokerStars under “Protentialmn.” According to PocketFives, his largest online cash of $39,715 came when he finished in third place in the 2014 SCOOP-35-H: $2,100 PLO Hi/Lo.

Teaching What He Knows

His accomplishments on the felt have also turned Laplante into an effective teacher. He’s served as a coach on training sites as like RunItOnce, CardRunners, and FloatTheTurn. This past summer, he also spent time commentating on the WSOP live stream.

Laplante is also available for individual coaching, and can be followed on Twitter @Protentialmn.

About the CardsChat Member Forum

Created in 2004, and now boasting 182,000 members in 185 countries, CardsChat is a worldwide poker community. Forum members have posted more than 2.5 million threads since its inception.

“I’ve always found CardsChat to be a welcoming community, which these days is a rarity in poker,” said Laplante, who will interact in the CardsChat forums under the moniker “Protential.”

Welcome to the best bunch of poker afficionados, and congratulations on your wins!
I hope that you, like other great CC members will take part in some of our promotions and games.
I second the comment on the forum. It is indeed rare.
I have also to thank you for your intenetion to help us all improve!

Its nice to have a big name player joining the CardsChat team . I like to see some that some pros play PLO 8 tourneys too !