The 50 greatest poker players of all time will be honored at the World Series of Poker (WSOP) on June 29. 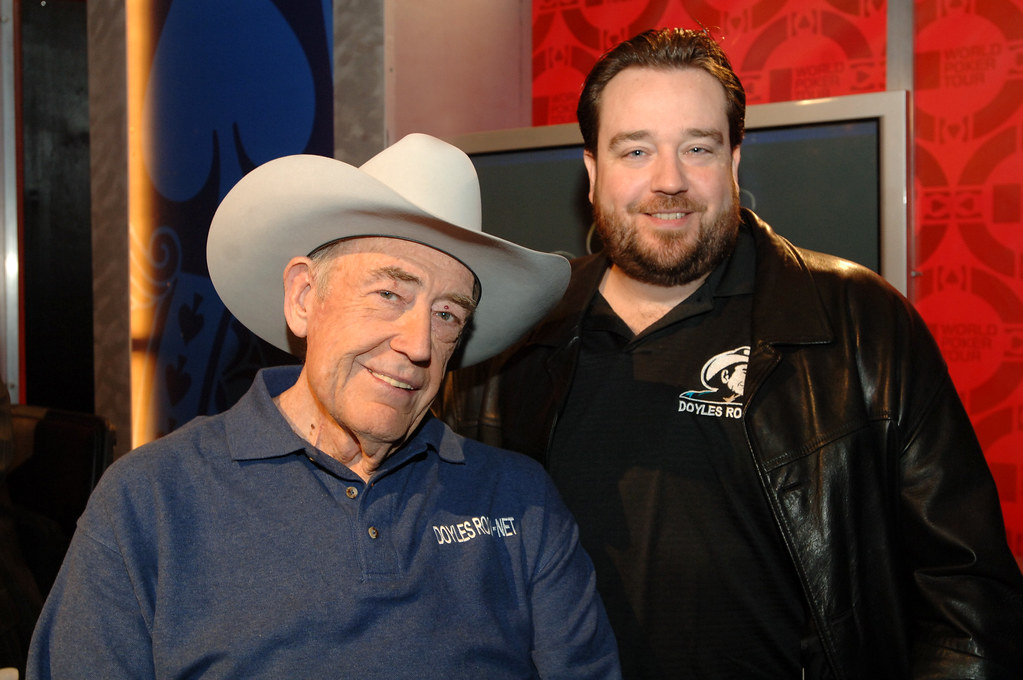 Doyle Brunson (pictured left) has made the list of 50 greatest poker players as named by the WSOP. (Image: Flickr/DBPN Poker Network)

In honor of its 50th year, the WSOP is paying homage to the best in the game as decided by the poker community.

Similar to the Poker Hall of Fame, the top 50 great players were selected during a formal voting process. Announced back in May, the draft gave fans and media members the chance to pick their top players from the last 50 years.

However, unlike the Poker Hall of Fame, age, stakes and the “respect of peers” weren’t barriers to entry. The only requirement was that any nominee must have played at the WSOP at least once.

After a public vote, 26 media members were tasked with whittling down a list of 200 candidates. When the final votes had been cast, some expected and not so expected names made the list. 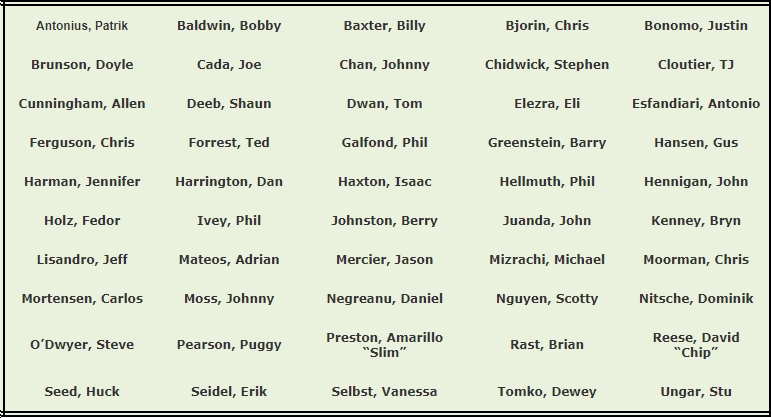 Scanning through the WSOP’s 50 greatest players of the last 50 years, a number of perennial favorites stand proud. Doyle Brunson, Amarillo Slim and Phil Ivey were among the luminaries.

As ever, rundowns of the “best” in any field are always controversial and the WSOP’s has a few high-profile omissions. Although the likes of Dewey Tomko were prominent during the early days of the poker boom, some believe Dave ‘Devilfish’ Ulliott would have been a better choice.

Replying to a tweet put out by Chad Holloway, others pointed to some additional worthy candidates. Phil Laak, Dan Cates and Mike Matusow were all put forward as alternates.

For Brian Saslavchik, the top 50 greatest players according to the WSOP also has a slight bias.

“With all due respect, there seems to be a bias towards MTT players,” Saslavchik tweeted on June 27.

Perhaps the most prominent name not on the list is Chris Moneymaker. Although he’s in line for this year’s WSOP Hall of Fame, there are those who feel his contribution to poker is underappreciated.

As the man many say kicked started the poker boom, there’s no doubt Moneymaker has a place in the game’s history. However, without a significant win since his 2003 WSOP Main Event victory, he’s missed out on a place in the top 50.

For those that have made it onto the list, a special ceremony will take place inside the Rio All-Suite Hotel & Casino. Hosted by Lon McEachern and Norman Chad, the gala will honor those named and recap some of the WSOP’s other top 50 moments.

a list of great players, but maybe there are still some players out there who deserve to be on that list, because today there is a lot of talent in poker, they have thousands of won in tournaments, but that is the voting, we hope to see the list on other year

I hope to be in that list 🙂 🙂 🙂 . I am a fan of all that great players, I think all of them deserve tobe there, all made part of poker history. Are all champions on that?