WSOP Releases Schedule for all $10K+ Events: Short Deck In, One Drop Out

The One Drop High Roller tournament is off the 2019 WSOP schedule, while short deck poker will be featured at the World Series of Poker for the first time. 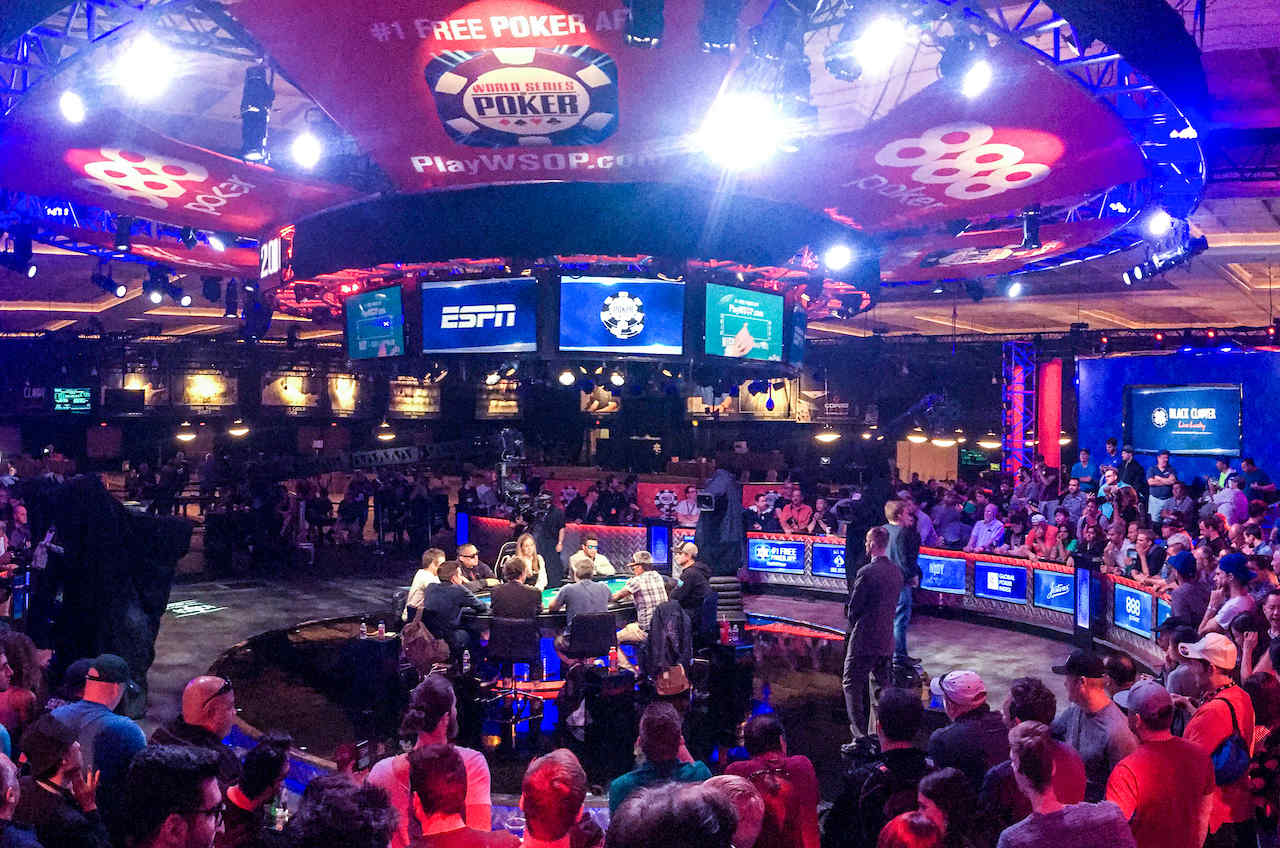 The 2019 WSOP is less than five months away. Are you ready? (Image: playnevada.com)

After releasing dates for many of the lower buy-in events, the WSOP shared via a press release dates for $10,000 and higher buy-in tournaments. That includes the Main Event which kicks off July 3 in Las Vegas.

Tournament Director Jack Effel and his crew have certainly catered more to the high-stakes crowd in recent years. This year’s series has 20 events scheduled ranging from $10,000 to the $100,000 July 11 High Roller No-Limit Hold’em.

The 50th annual World Series of Poker will almost assuredly draw another massive crowd. Last year’s Main Event had nearly 8,000, second most all-time. But we’ll find out just how popular one “new” form of poker is in America this summer.

Of course, we’re talking about short deck hold’em. This game, which became popular in Asia a couple years ago, is similar to no-limit Texas hold’em but with some major differences. On June 2, the WSOP will feature this new-ish poker variant with a $10,000 event.

Short deck, otherwise referred to as six-plus hold’em, is the same game as NLH but without the 2-5 cards and slightly different hand rankings. Each player is dealt two hole cards and attempts to make the best possible five-card poker hand out of seven available cards, including the five community cards. So, in a sense, the format is the same as NLH.

But while a royal flush, straight flush, and quads are still the best hands, a standard flush beats a full house and three-of-a-kind beats a straight. Top short deck players such as Tom Dwan and Phil Ivey will tell you that a hand such as pocket aces, while still valuable, isn’t as strong as in NLH. The best pre-flop hand, according to experts, is a suited Jack-Ten.

Most of the $10,000 events such as the Razz Championship (June 26) and Limit Hold’em Championship (July 2) are back on the schedule. Also, the popular $50,000 Poker Players Championship, considered by some the most important high-roller event of the year, is back for 2019 (June 24).

But you won’t find the $111,111 One Drop High Roller or $1 million Big One for One Drop charity events on the schedule. However, a $100,000 High Roller event is scheduled for July 11. This will be the second year this high-stakes tournament has taken place. Last year’s event ended in a bit of a controversy.

Elio Fox, who had already won a bracelet in 2018, reached a deal to chop with Nick Petrangelo when heads-up play began. Instead of Fox chasing his second bracelet in a week, the two players sped up the action to get out of there quickly.

Jon sofen. Have you been outside of the house to play shortdeck? Straight > trips. Only on a couple online sites does trips > straight. Aria, tritan, riu Reno. All have straight> trips. I can’t even fathom that someone could still get this wrong. and I have an even bigger problem believing WSOP couldn’t get this right.