The complete World Series of Poker (WSOP) 2017 schedule is still under construction. But that didn’t stop Seth Palansky, vice president of corporate communications for Caesars Entertainment, from releasing a partial weekend schedule for the series this week, one that includes many popular events. 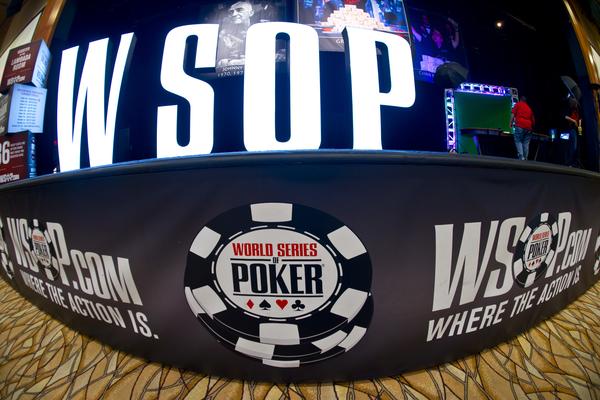 The World Series of Poker (WSOP) 2017 has packed its schedule with the most popular events on each of the six weekends this summer. (Image: WSOP)

For example, on Friday, June 2, the third annual $565 buy-in Colossus kicks off. The first two editions of this poker tournament attracted the largest fields in history (more than 21,000 entries each year). There will be two Day One starting flights on Friday, Saturday, and Sunday.

The following weekend (June 10-11), Day One of the $1,500 Millionaire Maker begins. The champion is guaranteed at least $1 million.

Then on the weekend of June 16, the seniors take center stage. Starting with the Seniors championship (for ages 50 on up) on Friday, it will continue with the Super Seniors event (for 65+) starting on Sunday the 18th.

The $1,500 Monster Stack, a deep stack poker tournament that had 6,927 players in 2016, begins Saturday, June 24 with the first of two Day One starting flights. The next weekend, the $888 buy-in Crazy Eights tournament, sponsored by 888poker, gets underway.

The tournament everyone waits for, of course, is the $10,000 Main Event. That will kick off on the final weekend of the series, July 8th. As always, there will be three Day One starting flights. Once the tournament reaches its final table, the remaining nine players will take a few months off and come back to the Rio in November to determine who will become the 2017 world champion.

The full series event schedule is expected to be released sometime in February.

Palansky made a few additional announcements in the press release. The $1,111 buy-in Little One for One Drop is coming back. There will be three Day One starting flights beginning on July 11.

This tournament attracted a field of more than 4,000 players in 2016. Many of those entries were players who wanted one last crack at a gold bracelet after busting out of the Main Event. The Little One for One Drop is the final bracelet event of the year.

The 48th annual WSOP will again accept tournament buy-ins via a credit card in 2017. Palansky announced the Series has increased the credit card transfer maximum to $10,000. That means players will now be able to pay for a Main Event buy-in, and most events, via plastic.

The six weekend events mentioned above totaled 53,727 entries in 2016. Last year’s series was one of the biggest in history.

The Main Event attracted its largest field since 2011 and more than 21,000 players signed up for Colossus II. A $565 buy-in Pot-Limit Omaha event in June had the largest PLO field in history.