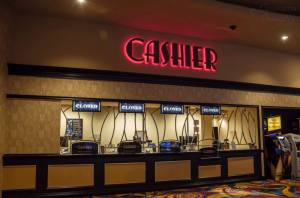 WSOP 2015 poker players with backers say cashing out would be much simpler if  Caesars would help prepare Form 5754. (Image: control-point.com)

WSOP 2015 is nigh upon us, and tax day is just recently passed, but the two major annual events are about to cross paths nonetheless. And players who have traditionally relied on backers may soon discover that their lives are going to be much more complicated this year than in years past when it comes time to file taxes in 2016.

World Series of Poker (WSOP) winners are often seen winning prizes worth millions of dollars, but it is no secret that they often only keep a fraction of that money. Staking or backing deals are common, in which other players or individuals may pay part of a player’s buy-in in exchange for a percentage of the winnings.

This allows investors to make a potentially profitable gamble on a WSOP entrant, while reducing the costs for the player themselves and generally spreading the risk around so that no one person bears the entire burden for any given event or group of events.

These deals come with a number of complications when the backed player wins a big prize, however, and a recent announcement by WSOP officials may make the situation even a bit more complex. According to the WSOP, IRS Form 5754, which allows people to report the split of gambling winnings of $5,000 or more to the IRS, will not be prepared for players, a policy based on the WSOP’s rules for its tournaments.

Long Denied Requests to Use Form

To be perfectly clear, this is not a new policy for the WSOP. According to reports, the WSOP has not accepted Form 5754 for many years, despite the fact that many other casinos in Las Vegas apparently do accept it. However, talk about the form has been heating up online in recent days, which may have prompted the WSOP statement.

Just last week, a new thread was created on the Two Plus Two poker forums in an effort to draw attention to the form and make the WSOP respond to requests by players to use it. A forum user with the screen name “hoodskier” directed a tweet about the topic to WSOP officials.

“I asked the IRS about form 5754 regarding poker tournaments,” the tweet, which received 32 retweets, read. “What’s your response @WSOP @WSOPTD?”

In an attached image, there is the text of a question sent to the IRS about such forms, asking if casinos are required to issue Form 5754 when another individual pays part of a tournament buy-in. The IRS appears to respond affirmatively.

“I found no reference excluding the sponsor of a poker tournament from accepting a form 5754 prepared by a player,” the IRS response reads.

Caesars Sees Only One Winner Per Prize

But it appears as though Caesars disagrees with this interpretation of tax law, claiming that poker tournaments are different from, for instance, a group of individuals splitting a lottery jackpot.

“While we understand that WSOP participants may enter into a variety of arrangements with third parties concerning (1) the financing of the initial buy-in and (2) the sharing of proceeds from the tournament, it is our view that the ‘winner’ is unambiguously the individual that participated in the tournament,” the company wrote in an announcement on the WSOP.com forum.

“An individual that provides the front money for a poker player is less the winner of a poker tournament (requiring a W2-G) than the beneficiary of a speculative financing arrangement or partnership agreement, which necessitates different filing requirements with the IRS,” the operator continued.

Many players have been successfully negotiating backing agreements at the WSOP for years even without the use of Form 5754, though the tax implications can be complicated at times. Players who wish to enter into such arrangements are advised to speak with tax professionals beforehand.