For the third consecutive year, the World Series of Poker Circuit will hold its finale at Harrah’s Cherokee. The televised WSOP Global Championship, which offers a gold bracelet and guaranteed $1 million prize pool, will take place in the North Carolina casino August 8th-10th.

That is in the middle of the first WSOP Circuit stop of the 2017-18 season, which will run from August 2nd-16th at the same venue and award 12 gold rings. 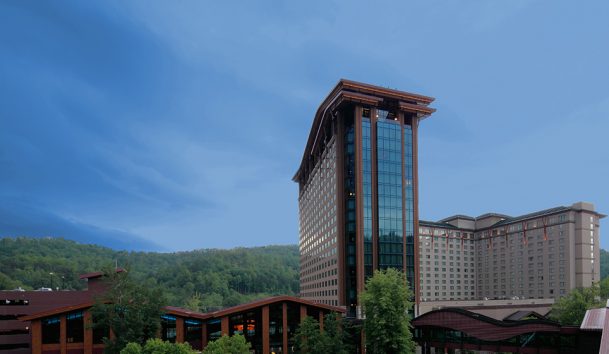 Who to Expect in the Global Championship

The three-day event, formerly known as the National Championship, will be comprised of 122 automatic qualifiers. Throughout the season, those who’ve won WSOP Circuit Main Events and Casino Championships have earned their way into the tournament. In addition, the top 50 point earners on the WSOP Circuit leaderboard at the end of the season will win a seat.

Among those currently seated toward top of the leaderboard and are Martin Ryan (230 points), Josh Reichard (220 points), and John Holley (185 points), just to name a few. The current point cutoff for the top 50 is 100 points with seven stops remaining. Last year the cutoff was 125 points.

For those who don’t qualify, all hope it not lost as there are two other ways in. First, the top 100 players from the 2016 GPI/WSOP Player of the Year rankings are eligible to buy-in direct for $10,000. Likewise, any player who wins an official gold ring event that season can also buy-in. That money is added to the prize pool rake-free, meaning more than $1 million should be up for grabs.

The WSOP National Championship was established in the 2010/2011 season and saw Arkansas’ Sam Barnhart win that tournament for $300,000. The following year, the format was changed a bit to allow for 100 qualifiers and outside eligible entries for $10,000. Ryan Eriquezzo won in 2012 for $416,051. Both of those events were held in Las Vegas.

In 2013, the National Championship was moved to New Orleans and saw Jonathan Hilton walk away with the title and $355,599. The next year the event was held on the Atlantic City Boardwalk and saw the first direct-buy player, Dominik Nitsche, win for $352,800.

In 2015, Loni Harwood became the event’s fifth winner and took home $341,599 and her second bracelet. That was the first year the event was held at its current home. Last year, Morocco native Said El-Yousfi became the first International qualifier to win the title. He took home $343,256 for the win.