Mid-level grinders are flocking to The Bicycle Casino this week in Los Angeles to play the WPT500, a tournament with a record 16 Day 1 flights, and could be the biggest in this World Poker Tour-branded tournament’s five-year history. 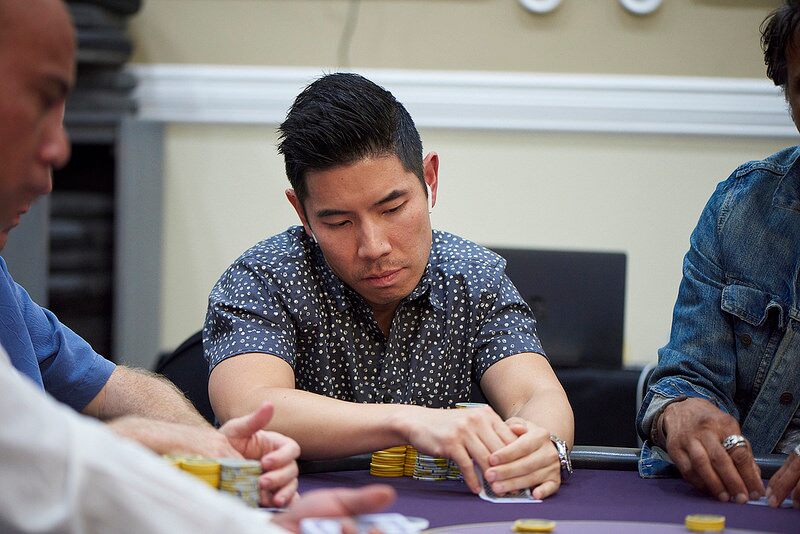 Peter Hengsakul leads 31 players who have advanced to Day 2 in the WPT500 at The Bicycle Casino in Los Angeles. Hengsakul is the only player to eclipse the one million chip mark after bagging 1,151,000 on Day 1A. (Image: WPT)

The WPT500, which has appeared on the World Poker Tour schedule twice annually since 2014, first came to Los Angeles last year. Previously, the tournament was at the Aria in Las Vegas before going overseas to Casino Nottingham in the UK. But last year the WPT moved the second installment back stateside, to Los Angeles. And if Day 1 demand is any indicator, Southern California is providing a welcome new home.

Day 1A began last Saturday, and the fields won’t converge until the end of Day 1P, which begins next Saturday — 16 flights in total, with one each morning at 11:30 am, and another at 5pm.

The evening events are run with turbo blind structures. Players can enter multiple Day 1s, cashing in all of them and playing for more with their biggest stack when Day 2 finally begins, eight calendar days after the first cards went in the air.

The record field for a WPT500 occurred at the 2015 event at the Aria. It drew 5,113 entries. Last year’s WPT500 Los Angeles was held at the Gardens Casino and required 14 starting flights to accommodate 3,266 entries.

So far this year, after six Day 1 flights, the tournament has seen 764 entries, with 39 survivors so far moving on to Day 2.

As a $500+70 buy-in event, part of the draw to this tournament is the affordability coupled with large field size, as well as the turbo option for players who want to know more quickly whether or not they’re moving on.

In total, the top 12.5 percent of each field gets paid, with $900 “third place” payouts, and multiple $1,200 payouts for players who go deep enough to finish in “second place.” Any player who advances to Day 2, played this upcoming Sunday, is will win at least $1,500.

The champion will be named after the completion of the final table on Monday — with how much at stake for the winner still to be determined, even though we know there’s at least $1 million for the whole prize pool guaranteed.